When Marilyn Raphael, professor of geography and director of the UCLA Institute of the Environment & Sustainability, set out for the South Pole in 2011, she received a quick course on how things that can, and do, go wrong in Antarctica. Now, as vice president of the American Association of Geographers, she is looking to make things go right — or at least better — for all kinds of people across the planet.

How did you come to geography?

What interested me from an early age was connections — how things connect over space and time. I was always asking “Why?” Trinidad and Tobago, where I grew up, is a small island nation with many external influences — the British education system, the U.S., of course, and South America [Trinidad is less than seven miles from Venezuela]. So we were always looking outward, making connections with other countries. But I was interested in the climate from childhood, and I found my questions and some answers in studying geography.

Did your parents encourage you in this interest?

At the start they had no opinion: Geography was taught at school, and therefore it was valid. I did discover later that they had some of the same curiosity as I had. But because opportunities were more limited then, they were unable to pursue those interests. For instance, I only discovered my father’s interest in clouds after I gave him a book on the subject. But because he left school at 10, he could not study them in that way before.

What is the role of geography in helping us understand our world today?

“Traveling to Antarctica was exciting and intimidating. You can’t help but think, ‘What if something goes wrong?’” 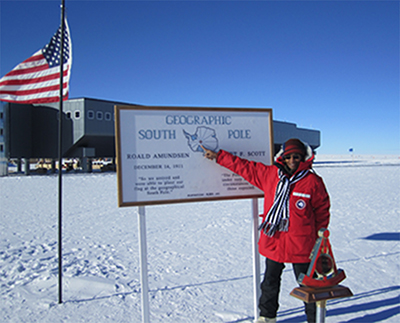 From the maritime tropical country of Trinidad and Tobago, how did you end up specializing in the frozen lands at the bottom of the world?

My first interest was in climatology, which I studied in Canada and at Ohio State before joining the geography department at UCLA [in 1998]. I initially focused on the Northern Hemisphere’s climate, but — as chance would have it — I took sabbatical leave at the National Center for Atmospheric Research (NCAR), where I met my academic “grandfather,” Harry Van Loon. My shift to the Southern Hemisphere was a direct response to our conversations. I realized there were lots of interesting questions about the high latitude Southern Hemisphere that needed answering.

I got into climate modeling, and one of the cool things about that is that you can tweak one variable and see how and why other things are affected, as in Antarctica. Sea ice variability is fascinating stuff. From my modeling experiments, I realized that when the Antarctic ice is in a certain state, the atmosphere seemed to respond — a connection between the surface and the atmosphere above — and that was a new idea. We initially thought sea ice was the end result of atmosphere-ocean interaction, but what I saw suggested ice was driving changes, not just responding to them. I am still asking what that means. 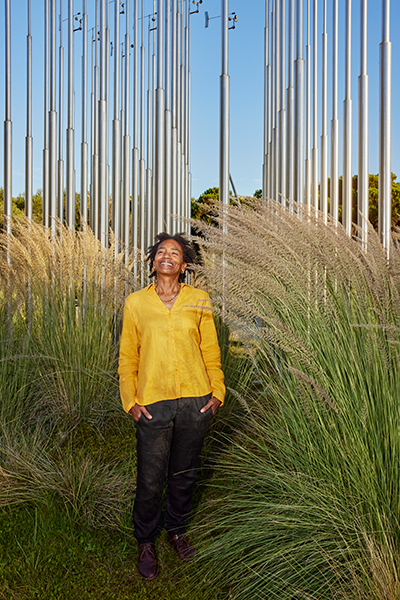 When you first went to Antarctica and the South Pole in 2011, what were your impressions?

Traveling to Antarctica was both exciting and intimidating. It is so remote and so severely cold. You can’t help but think “What if something goes wrong?” All of that becomes secondary when you get off the aircraft. It was amazing to step into a place where humans do not normally live. It feels even more remote than you expect, and it is beautiful. And to meet people who sacrificed months away from their families to acquire knowledge about this world, information they might not get anywhere else — yes, it's … powerful.

In February, you’ll attend the annual meeting of the American Association of Geographers in New York as its vice president. What will be the hot topics?

The meeting is arranged around themes. One of them will be climate justice. It’s topical and extremely important. The impact of climate change on poorer, less resilient countries and communities is of great concern. Also, some of the “solutions” offered by environmental engineering might not have a good impact on poorer people around the world. There will be a lot of talk about that.

Another theme — on geography, access and pathways — is about creating opportunities for access to everything in society, in particular for people with disabilities. When you are always looking at how everything connects, it's relatively easy to see how important access becomes — overcoming disability challenges around the world will benefit everything. Nothing may ever be perfect, but our work can help make our home a better place. This is part of geography, too.

You usually publish scientific papers, but you addressed a new audience when you contributed to the Encyclopedia of Weather and Climate Change. What did you want to achieve?

It was a wonderful way to share science with people who want to learn about the climate and about climate change in an accessible format. And it reached a lot of people who are not experts, like my siblings who bought it for their children — not just because their auntie’s name is on it, but because it is a beautiful, well-written book.