A new exhibition at the Fowler Museum at UCLA will be the first ever in the U.S. devoted to the work of contemporary textile artists from Aboriginal-owned and operated art centers in northern Australia.

Since the 1960s, screenprinting has become a vital form of Indigenous expression, perpetuating traditional knowledge and reinvigorating its visual manifestations. Artists who work at the art centers are custodians of their land, language and inherited ancestral stories. Their textiles draw on 65,000 years of continued cultural practices in Australia’s Northern Territory and provide a sustainable income for those living on ancestral lands.

The exhibition, “Aboriginal Screen-Printed Textiles from Australia’s Top End,” presents more than 70 textiles and seven videos conveying the significance of flora, fauna, ceremonies and ancestral stories to Aboriginal artists. It will be on display at the Fowler today through June 19, 2022.

For thousands of years, Indigenous designs have been traced in sand, painted on bodies and rock formations, and carved, incised or applied to objects made from wood, bark, shell or fiber. Textile artists transfer the motifs to cotton, silk and linen cloth; augment the customary palette of muted ochres with vivid modern inks; and add layers of complexity with the use of multiple screens, offset shadow printing, and ombré or colorwave techniques.

Indigenous artists from five art centers — Tiwi Design; Jilamara Arts and Crafts Association; Injalak Arts and Crafts Aboriginal Corporation; Bábbarra Women’s Centre; and Merrepen Arts, Culture and Language Corporation — played active roles in shaping the Fowler exhibition. While their textiles are gaining wider recognition because of their use in high-fashion apparel, housewares, interior furnishings, and collectibles in Australia and abroad, the exhibition provides a platform for the artists’ own voices and perspectives, which are crucial to appreciating their work.

The exhibition is organized around the five art centers, which curators chose for their formative textile practices and contemporary innovations, as well as because of the cultural diversity they represent. 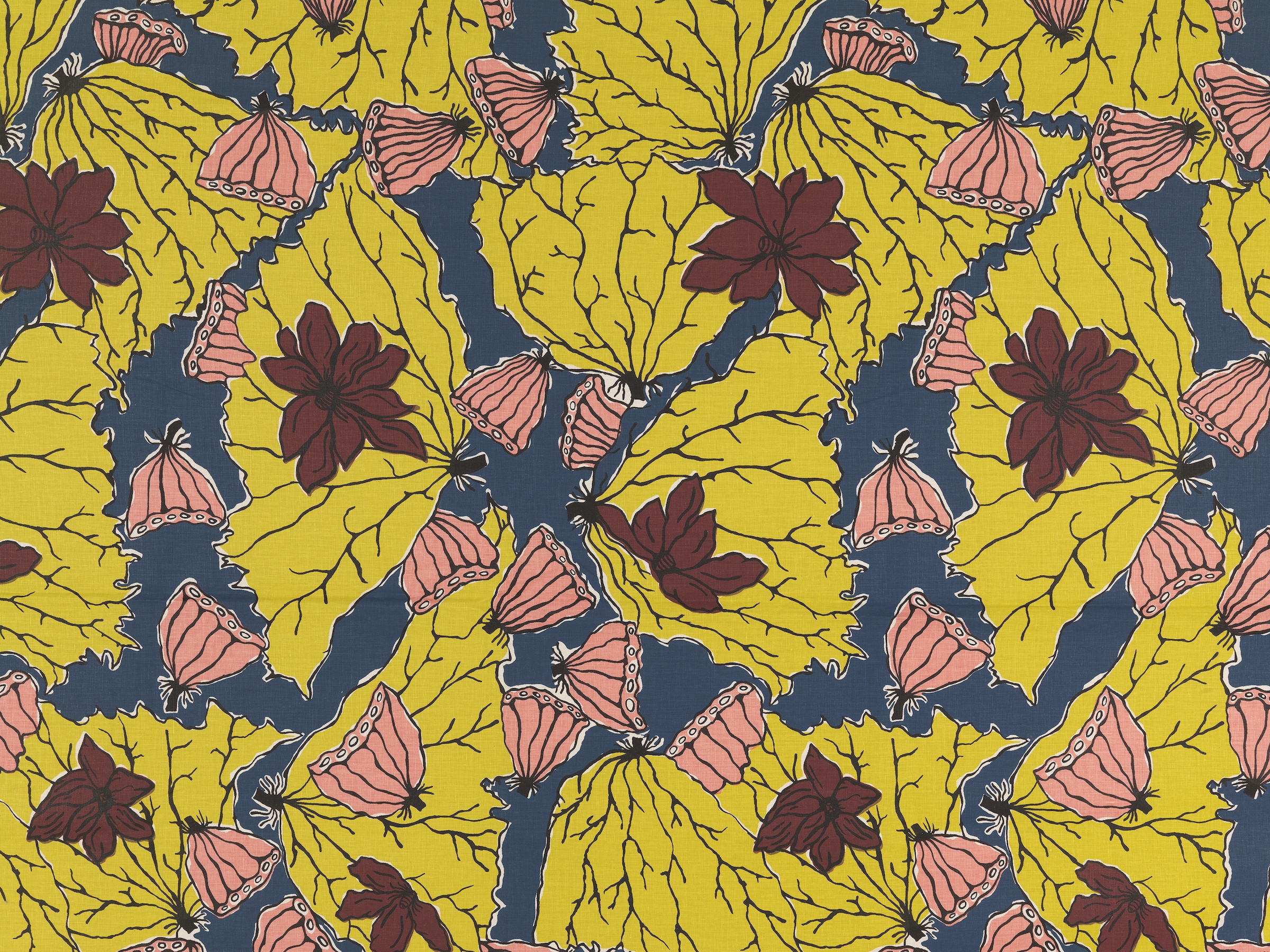 In addition to the sections focused on each art center, smaller modules address the introduction of cloth to the Top End in the 18th century through trade with South Sulawesi fishermen from Indonesia, the use of printed textiles in Aboriginal communities for attire and ceremonial activity, and the incorporation of Indigenous fabrics into mainstream Australian fashion and interior decoration. Short videos show artists printing, glimpses of Aboriginal life in the Top End, techniques of large-format screen printing, and garments made from Aboriginal textiles presented at an annual Australian fashion event.

The exhibition is curated by Joanna Barrkman, the Fowler’s senior curator of southeast Asian and Pacific arts.

Admission to the museum is free. For museum hours, parking information and more, visit the Fowler Museum website.