As Americans cast their final votes today, congressional Republicans and President Donald Trump face an uphill battle in places where the numbers of COVID-19–related deaths are high, according to a new UCLA-led study.

The study also found that voters in states with more COVID-19 fatalities were 6% less likely to approve of Trump’s performance in office than those who live in states with the lowest number of deaths.

They drew upon data from the Democracy Fund + UCLA Nationscape survey, results from voter surveys from June 2019 through July 2020 and data on COVID-19 deaths reported in the New York Times on May 31. The Nationscape survey, operated by the Democracy Fund and UCLA, interviews 6,500 Americans each week about a variety of policies and candidate attributes. To date, the project has interviewed more than 300,000 Americans. 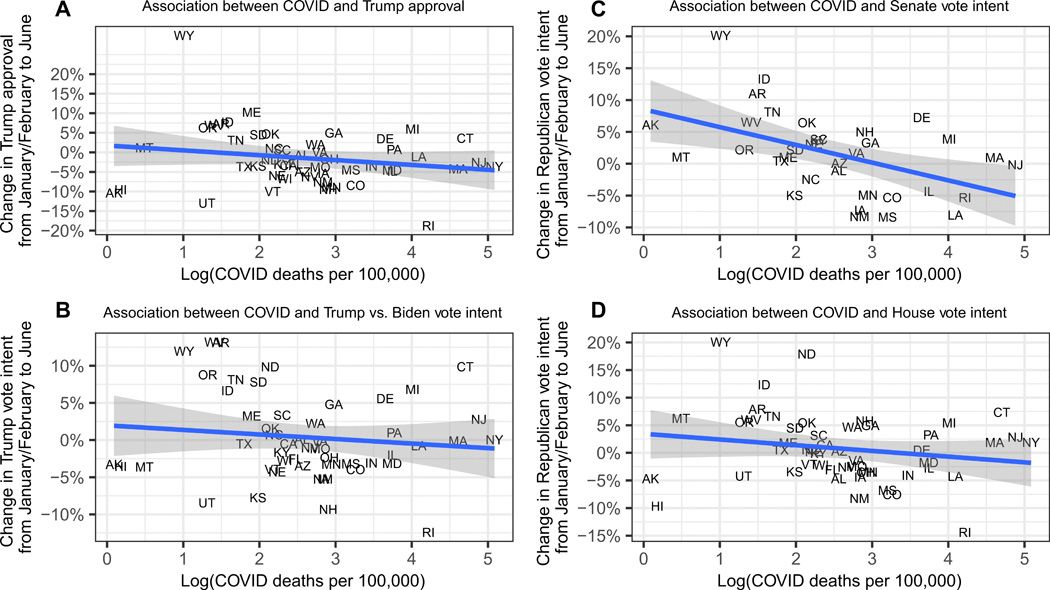 Science Advances
Approval of President Trump’s job performance and likelihood to vote for Republican presidential and congressional candidates all declined in states hit hardest by COVID-19.

In areas where the number of COVID-19 cases had doubled in the 30 days prior to survey responses, voters expressed lower levels of support for Trump and for candidates running for the House and Senate. “The effect of fatalities is a drain on Republican vote share,” the authors wrote.

Vavreck said the trend continued even after June, when the data was collected.

“In Wisconsin right now, for example, deaths have increased about six times since mid-September,” she said. “Our estimates indicate this could be shaving about 1.5 to 2 points off of Trump’s margin there.”

According to New York Times data, North Dakota, Montana, South Dakota, Arkansas, Wisconsin and Indiana (in that order) have had the highest growth in newly reported deaths over the past two weeks.