Were dinosaurs really fast, aggressive hunters like the ones depicted in the movie “Jurassic World”? Or did they have lower metabolic rates that made them move more like today’s alligators and crocodiles? For 150 years, scientists have debated the nature of dinosaurs’ body temperatures and how those temperatures influenced their activity levels.

New research by UCLA scientists indicates that some dinosaurs, at least, had the capacity to elevate their body temperature using heat sources in the environment, such as the sun. They also believe the animals were probably more active than modern-day alligators and crocodiles, which can be active and energetic, but only for brief spurts.

The researchers also found evidence that other dinosaurs they studied had lower body temperatures than modern birds, their only living relatives, and were probably less active.

The research is published today in the journal Nature Communications.

Led by Robert Eagle, a researcher in the department of earth, planetary and space sciences in the UCLA College, the scientists examined fossilized dinosaur eggshells from Argentina and Mongolia. Analyzing the shells’ chemistry allowed them to determine the temperature at which the eggshells formed — information that had not been previously known.

“This technique tells you about the internal body temperature of the female dinosaur when she was ovulating,” said Aradhna Tripati, a co-author of the study and a UCLA associate professor of geology, geochemistry and geobiology. “This presents the first the direct measurements of theropod body temperatures.” 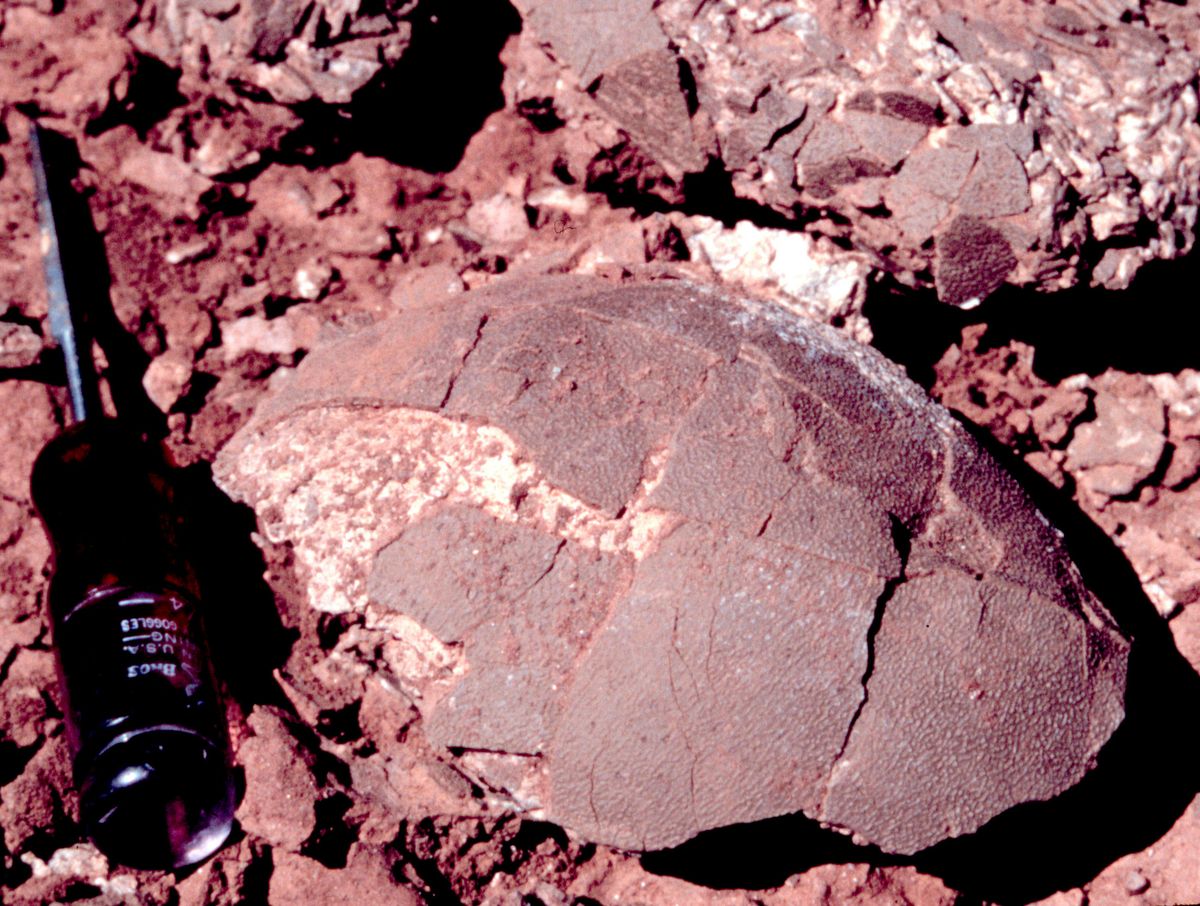 The Argentine eggshells, which are approximately 80 million years old, are from large, long-necked titanosaur sauropods, members of a family that include the largest animals to ever roam the Earth. The shells from Mongolia’s Gobi desert, 71 million to 75 million years old, are from oviraptorid theropods, much smaller dinosaurs that were closely related to Tyrannosaurus rex and birds.

Sauropods’ body temperatures were warm — approximately 100 degrees Fahrenheit, according to the study. The smaller dinosaurs had substantially lower temperatures, probably below 90 degrees.

Warm-blooded animals, or endotherms, produce heat internally and typically maintain their body temperature, regardless of the temperature of their environment; they do so mainly through metabolism. Humans and other mammals fall into this category.

Cold-blooded animals, or ectotherms, including alligators, crocodiles and lizards, rely on external environmental heat sources to regulate their body temperature. Lizards, for example, often sit on rocks in the sun to absorb heat, which enables them to be more active.

Scientists have debated since the 19th century whether dinosaurs were endotherms or ectotherms. The UCLA research indicates that the answer could lie somewhere in between. The dinosaurs, at least the oviraptorid theropods, had the ability to elevate their body temperature above the environmental temperature.

“The temperatures we measured suggest that at least some dinosaurs were not fully endotherms like modern birds,” Eagle said. “They may have been intermediate — somewhere between modern alligators and crocodiles and modern birds; certainly that’s the implication for the oviraptorid theropods.”

“This could mean that they produced some heat internally and elevated their body temperatures above that of the environment but didn’t maintain as high temperatures or as controlled temperatures as modern birds,” he added. “If dinosaurs were at least endothermic to a degree, they had more capacity to run around searching for food than an alligator would.”

The study was the first direct measurement of body temperatures in two types of dinosaurs. Tripati said it shows clearly that they are different from each other.

The researchers also analyzed fossil soils, including minerals that formed in the upper layer of the soil on which the oviraptorid theropods’ nests were built. This enabled them to estimate that the environmental temperature in Mongolia shortly before the dinosaurs went extinct was approximately 79 degrees Fahrenheit.

“The oviraptorid dinosaur body temperatures were higher than the environmental temperatures — suggesting they were not truly cold-blooded, but intermediate,” Tripati said.

Eagle, Tripati and their colleagues initially measured modern eggshells from 13 bird species and nine reptiles to establish their ability to measure body temperature from the chemistry of eggshells.

The researchers measured, in calcium carbonate minerals, the subtle differences in the abundance of chemical bonding between two rare, heavy isotopes: carbon-13 and oxygen-18. They studied the extent to which these heavy isotopes clustered together using a mass spectrometer — a technique that enabled them to determine mineral formation temperatures. Mineral forming inside colder bodies has more clustering of isotopes.

Eagle, Tripati and colleagues published the first analysis of fossilized dinosaur teeth in the journal Science in 2011. They studied the chemistry of fossil teeth to measure the body temperature of titanosaur sauropods, and determined their body temperature was between approximately 95 and 100.5 degrees Fahrenheit. The new research on eggshells is consistent with the 2011 findings, and adds new body temperature data on oviraptorid theropods.

The research was funded by the National Science Foundation and UCLA’s physical sciences division.