Sleep plays an important role in how the brain consolidates short-term memories from the previous day into enduring ones. But exactly how that process occurs remains a mystery.

A new study led by UCLA scientists could help answer that question. Their research will aim to identify the electrical activity that occurs as the brain receives information and then test whether targeted, gentle electrical stimulation to the brain can strengthen a specific memory when that information is processed later.

Lead researcher Dr. Itzhak Fried, a professor of neurosurgery and director of UCLA’s epilepsy surgery program, said the study could advance how scientists understand and enhance the neural mechanisms involved in memory formation. That information could be critical at a time when the world’s aging population is poised to intensify the already stark toll of memory disorders.

“Memory to a large extent makes us who we are, and we know neurological disorders like Alzheimer’s disease are going to become more and more prevalent,” Fried said. 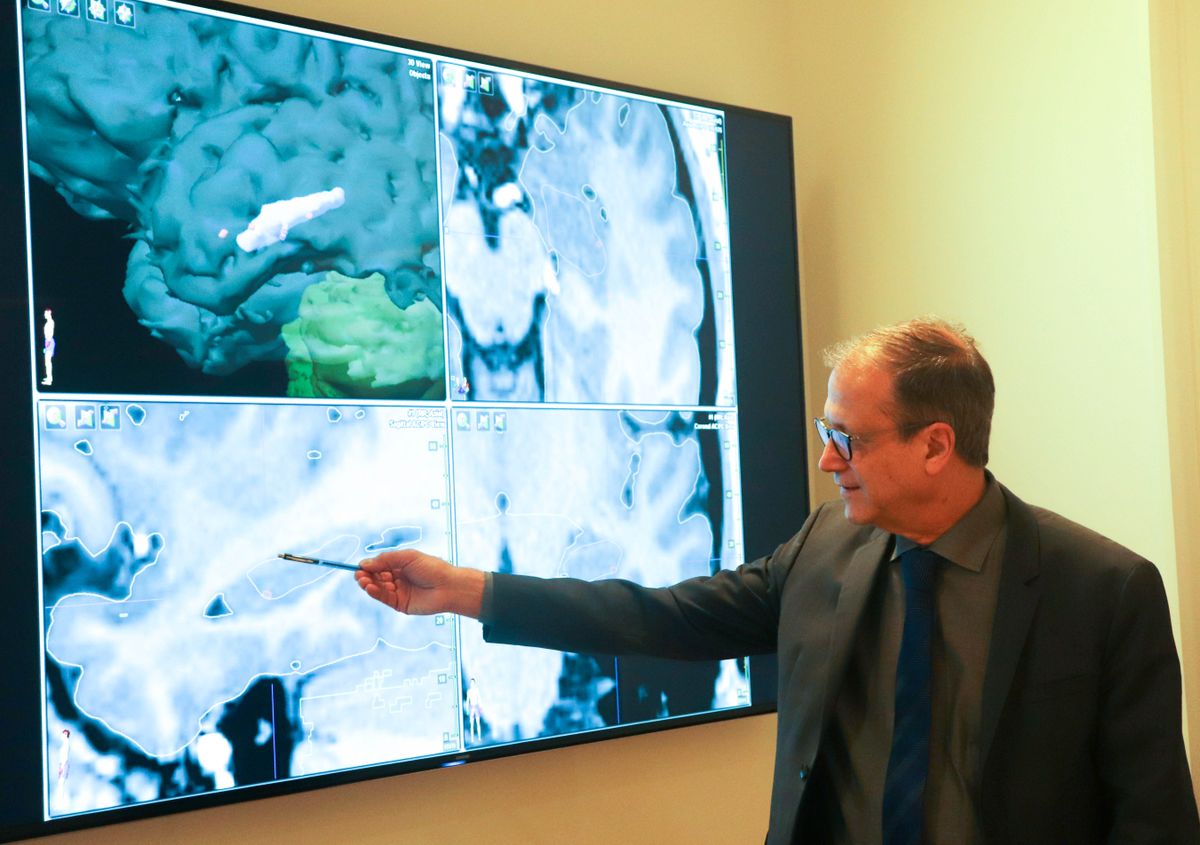 The study is funded by a five-year, $7 million grant from the National Institutes of Health. It builds on previous research by Fried in which he followed the activities of single cells in the human brain using electrodes implanted in the brains of people with epilepsy. (Doctors had implanted the electrodes to help identify the source of their patients’ seizures prior to surgery.)

In a study published in July, Fried and colleagues reported that the regions of the brain involved in hearing sound are highly active during sleep. The finding suggested that there could be ways to use auditory stimulation to enhance memory during sleep.

In the new study, UCLA researchers will again use electrodes to track people’s neural activity. To pinpoint the electrical signatures of specific memories, Fried’s team is working with Vwani Roychowdhury, a professor of electrical and computer engineering at the UCLA Samueli School of Engineering who designs artificial intelligence algorithms that mimic the human brain’s neural networks.

AI software designed by Roychowdhury will monitor people’s brain activity as they watch a video, with the goal of identifying patterns in how neurons respond to certain events, characters or emotions on the screen. Then, while the study participants are sleeping, the software will scan for electrical signatures to determine when the brain is replaying that memory, at which point Fried’s team will administer targeted electrical stimulation aimed at solidifying that memory.

“The challenge is that the brain’s response generally isn’t detectable in one particular neuron or a cohesive set of neurons — it might be detectable only as a pattern spread out over hundreds of neurons in different parts of the brain,” Roychowdhury said, adding that those patterns are potentially detectable now because of recent advances in AI and machine learning.

Researchers will measure whether participants’ memory has been improved by testing their ability to recall items they saw and heard while they were receiving electrical stimulation against their memories of other sights and sounds they absorbed.

Roychowdhury said the study also is a valuable opportunity to improve artificial intelligence’s ability to “think” more like the human brain. AI has grown more sophisticated in the past decade, he said, but it’s still no substitute for the real thing.

“Sleep plays a critical role in forming memories in a way that AI cannot right now,” Roychowdhury said. “Dr. Fried’s platform studies the mechanics of what makes us so efficient in reasoning, in memory and in the way that we put everything together, which is totally lacking in modern AI research.”