After years of being largely shut out of the Academy Award nominations — a trend that prompted the #OscarsSoWhite social media campaign in 2016 — actors, writers, directors and even a cinematographer of color are among the nominees for the 2017 Oscars, which will be held Feb. 26.

But UCLA’s fourth annual Hollywood Diversity Report reveals that despite the Academy Award nominations, the exclusion of people of color and women from Hollywood remains a concern. The report, published by UCLA’s Ralph J. Bunche Center for African American Studies, does note that women have made some strides in Hollywood in the past year, and that several television shows featuring diverse casts have been successful.

But it also finds that racial minorities and women remain severely underrepresented in film and television hiring.

“While there have been some improvements, especially in television, the numbers remain disheartening across the board,” said Darnell Hunt, the report’s lead author and director of the Bunche Center. “At the heart of it is the fact that Hollywood is simply not structured to make the most of today’s market realities.”

The report examines the 200 top-grossing theatrical film releases in 2015, as well as 1,206 TV, cable and digital platform shows from the 2014–15 season. It tracks hiring of women and minorities, both on screen and behind the camera, in 11 job types.

Minorities make up 40 percent of the U.S. population but only 13.6 percent of lead actors in theatrical films and 10.1 percent of Hollywood directors.

Women posted gains in the past year in all but two of the jobs surveyed. Still, women remain significantly underrepresented in every job category studied. In the latest study, women were even more underrepresented than they were in the 2016 report among lead performers in broadcast reality and other programs and among lead performers in cable reality shows. Despite making up more than 50 percent of the U.S. population, women got just 29 percent of lead acting roles in theatrical films, and only 7.7 percent of the directors of the top 200 films were women. 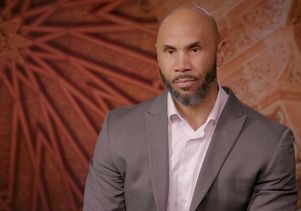 “In terms of sophistication of content, television might be considered to be in something of a golden age,” said Hunt, who also is chair of the UCLA sociology department. “But in terms of representation and opportunity, we still have a long way to go. White men are still dominant, and women and people of color struggle to get the opportunities to succeed.”

Ana-Christina Ramón, the report’s co-author and assistant director of the Bunche Center, said the lack of diversity has a societal impact that extends far beyond the entertainment industry.

“Authentic storytelling humanizes those who are often depicted as stereotypes or not worthy of being depicted at all,” she said. “Representation matters to the little girl who has yet to dream of who she will become and to the grandmother who has never seen someone like herself on screen.”

The report’s authors also point out that the lack of diversity in Hollywood also has a clear economic impact. Bunche Center research has consistently found that film and television content that is more diverse tends to be more successful — both among white and minority audiences — and delivers a better financial return on investment.

“Less-diverse product underperforms in the marketplace, and yet it still dominates,” Ramón said. “This makes no financial sense.”

Hunt said audiences are only becoming more diverse, and they’ve demonstrated that they search for stories that reflect our more diverse world — factors that will be critical for Hollywood’s long-term success.

“When a business is overlooking the desires of its customer base, it is serving them poorly and leaving money on the table,” he said. “For a variety of reasons, studios, networks and talent agencies — the institutions that decide what films and shows will get made and how they are promoted — have to diversify so they are no longer demographically and culturally out of step with their audiences.”

Ramón said, “Those changes will not only make our culture richer. They will make the industry richer as well.”