One of the hallmark traits of Alzheimer’s disease, a debilitating disorder marked by memory deficits and general cognitive decline, is the accumulation in the brain of a protein called b-amyloid. These proteins form “plaques” and bind to unique proteins on the surface of brain cells called receptors, causing widespread cell death.

Now, UCLA researchers have discovered a drug that blocks b-amyloid plaques from attaching to brain cells, preventing the extensive cell death. The study was published in the journal Nature Chemistry. 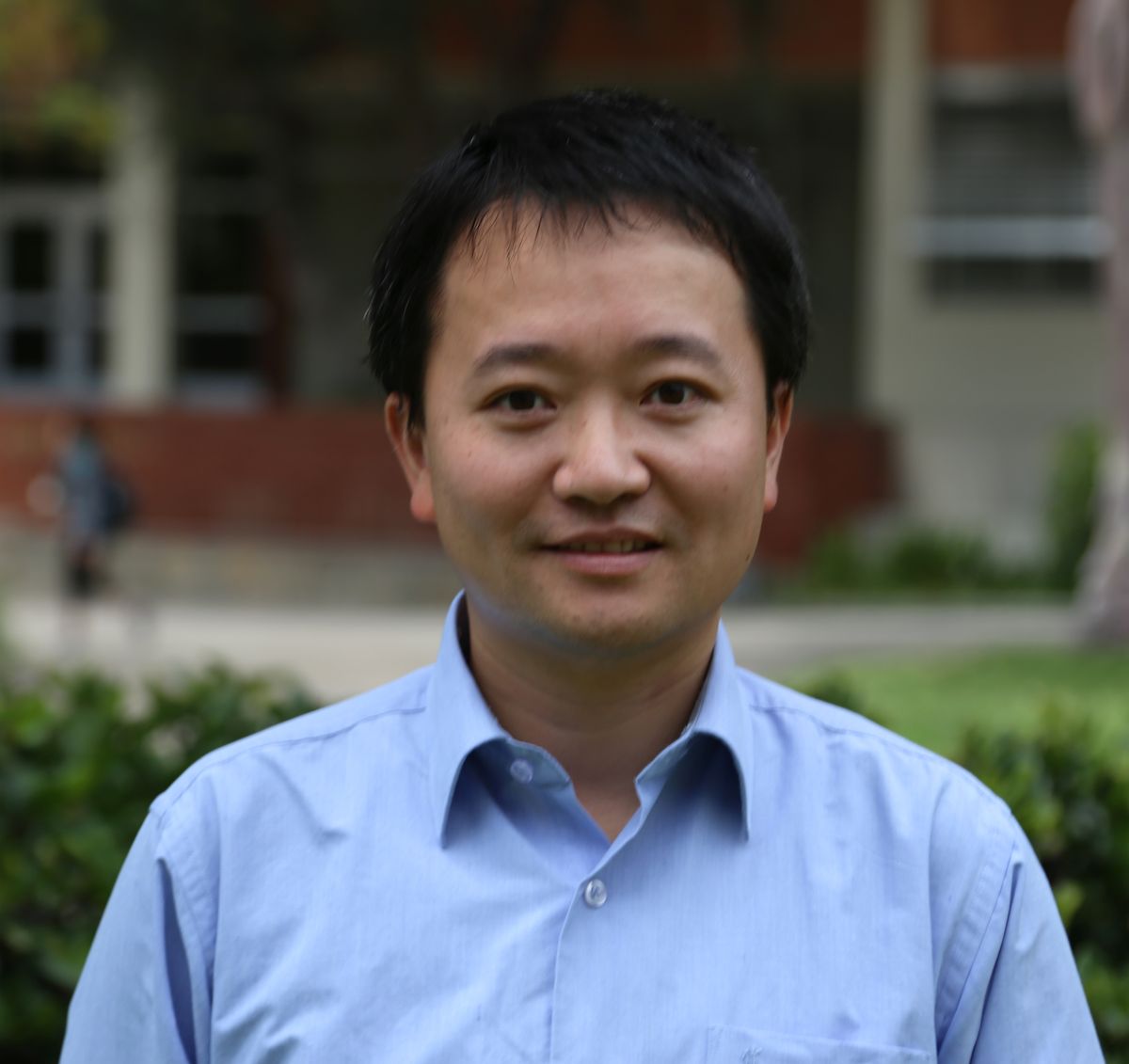 Dr. Lin Jiang, assistant professor of neurology, working with David Eisenberg, a professor of chemistry and biochemistry and of biological chemistry at UCLA, identified the plaque binding site of b-amyloid to its receptor by determining the three-dimensional structure. Knowledge of this interaction is a critical first step toward finding a drug to prevent the interaction between the toxic proteins and brain cells. Jiang and his team then used computer software to assist them in the drug selection process.

“We were searching for a molecule that could block the receptor like a shield, preventing b-amyloid from binding to and killing brain cells,” Jiang said.

In order to find molecular candidates to block the b-amyloid/brain cell interaction, Jiang and colleagues searched a library containing more than 32,000 molecules. This list contained drugs that are approved for human use, are currently in clinical trial, or are naturally occurring. This meant that many characteristics of the drug candidates were already known and they were safe for human use.

From this list of molecules, one drug, ALI6, showed promising results in cell-based experiments.

Jiang and his team cultured mouse brain cells and exposed them to the toxic b-amyloid proteins, then treated some cells with ALI6 and compared levels of cell death between groups. ALI6 treatment almost completely prevented the cell death caused by b-amyloid, suggesting that the drug could eventually be explored to treat Alzheimer’s disease.

ALI6 is a promising candidate. Not only is it non-toxic but it can also move from the bloodstream to the brain, a critical trait for any drug aimed at treating central nervous system disorders such as Alzheimer’s disease. In addition, ALI6 offers a distinct advantage over other treatments.

“Currently, many drugs are aimed at preventing the b-amyloid proteins from accumulating and forming into plaques because that is the dangerous form of the protein,” Jiang said. “However, when a person is diagnosed with Alzheimer’s, many of the b-amyloid plaques have already formed, so the time window for treatment is already closing.”

Alzheimer’s disease is the sixth-leading cause of death in the United States, with an estimated 5.5 million people currently living with the disease.

The findings of this study would need to be confirmed in further tests in animals before human studies could begin.

This study was funded by the Turken Research Award and departmental recruitment funds to Jiang; as well as grants from the National Institutes of Health, Department of Energy and Howard Hughes Medical Institute to Eisenberg.