The musical genre samul nori is a world sensation, and an iconic, sonic symbol of modern South Korea. The new percussion-driven genre emerged from an experiment in the late 1970s when a group of South Korean musicians reinvented a traditional form of rural music and dance called “p’ungmul.”

How did samul nori evolve from regional traditions into a global music genre? This question is at the heart of UCLA ethnomusicologist Katherine In-Young Lee’s new book, “Dynamic Korea and Rhythmic Form,” and a two-day conference and concert, “Global Musics and Musical Communities,” that builds from the epilogue of the book.

Presented by the UCLA Herb Alpert School of Music’s Center for Musical Humanities, the May 11–12 conference will cultivate conversations between scholars, musicians and pedagogues about how other musical traditions have spread outside the country of origin and led to the development of musical communities. Lee is also hosting a concert with Red Sun/SamulNori, a jazz/Korean percussion collaboration that has existed for more than 30 years.

► For more information and to register for the conference and concert, please visit the Herb Alpert School of Music calendar.

In an interview, Lee, assistant professor of ethnomusicology in the UCLA Herb Alpert School of Music, talked about the origin of samul nori and the defining rhythmic percussive sound and form that is key to its popularity and mobility.

What is the origin story of samul nori and what role did it originally play in Korean culture? 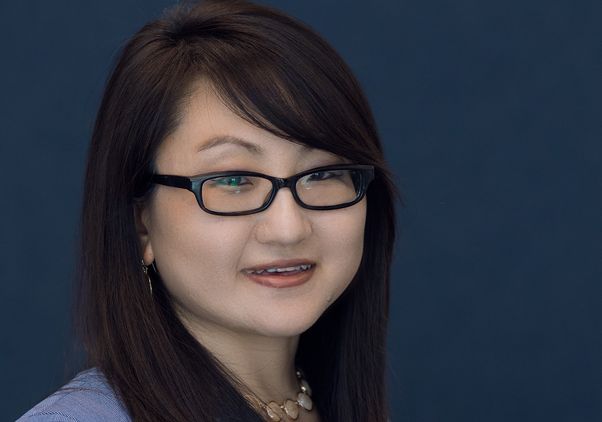 The genre of samul nori can be traced back to the Space Theater in Seoul in February 1978. The genre began as a musical experiment when four musicians — Kim Duk Soo, Kim Yong-bae, Ch’oe T’aehyon and Yi Chongdae — decided to re-contextualize and “stage” the rhythmic cycles derived from p’ungmul — an older genre of rural band percussion music and dance that was part of the social fabric of life when Korea was a pre-industrialized, agrarian society. The musicians used the four core percussion instruments from p’ungmul and offered a sampling of rhythmic patterns drawn from regions of South Korea’s Kyonggi and Ch’ungch’ong provinces, sometimes called the Uttari region. The experimental piece was an arrangement of rhythmic patterns, called “Uttari p’ungmul.”

The quartet’s debut was successful, and eventually led to additional performances at the Space Theater, and requests for performances within and outside Korea. Beginning in the early 1980s, the SamulNori quartet toured extensively on the world music circuit in North America, Europe and Japan. The repertory and performance style of the quartet became popular and has even been imitated. This specific brand of percussion music thus inspired the classification of a new genre of music in South Korea — a genre that took the quartet’s name.

What role does samul nori play today and why do you think it evolved into a world phenomenon?

The genre of samul nori’s roots stem from a much older era of Korean history, but samul nori was made and branded in South Korea. A variety of factors led to its globalization: the quartet’s touring on the world music circuit, the creation of music notation, a recording history, the emphasis on cross-cultural pedagogy, and support from the South Korean government, to name a few.

Is there an equivalent musical genre that may help readers understand the role and/or evolution of samul nori from a cultural or anthropological standpoint?

I think the closest counterpart would be Japanese taiko. The two genres have striking similarities in the sense that there were “star” musical ensembles that toured on the world music circuit — Kodo Drummers and SamulNori, and that both ensembles drew on an older musical tradition to create something new. And like SamulNori, Kodo also inspired the creation of taiko ensembles and taiko communities around the world. In fact, Kim Duk Soo — one of the founding members of SamulNori — has collaborated frequently with Hayashi Eitetsu, a founding member of Kodo.

What feeling does listening to this music typically evoke?

My research revealed that — whether by attendance at a SamulNori performance or through other means — the common descriptors uttered by fans of the music included visceral, heart-pounding, dynamic and spellbinding. For international audiences first encountering SamulNori onstage without any prior knowledge of Korean music, the energy created by the performers was both palpable and unforgettable.

How did you become interested in samul nori and why did you write your book?

When I was studying in South Korea on a Blakemore Foundation Fellowship at Yonsei University, I studied Korean language and began to take lessons in traditional Korean music. After I graduated from Yonsei’s Korean Language Institute in 2003, I started working as the overseas coordinator for an artist management company called Nanjang Cultures, which was connected to Kim Duk Soo’s SamulNori Hanulllim organization. I coordinated with foreign presenters and the Seoul office, helped plan the 2004 U.S. tour and other festivals and concerts in Korea, and also served as tour manager for SamulNori Hanullim’s 2003 tour of Denmark. This on-the-ground experience helped give me insight into the contemporary culture of traditional Korean music, especially what it takes for musicians to survive and transmit their art to both Koreans and non-Koreans. Although I was always attracted to the sounds of Korean percussion, it was the question of how samul nori became a global genre that would later become a primary research question for me.

2020 Hollywood Diversity Report: A different story behind the scenes

Looking back on the L.A. Rebellion with alumnus Charles Burnett