Over the weekend of May 9–10, many states, including California, began to ease safer-at-home restrictions, allowing some businesses to reopen under strict conditions, and opening some public spaces, including hiking trails and beaches.

Now, a weekly survey co-led by UCLA political science professors Lynn Vavreck and Chris Tausanovitch has found that Democratic and Republican voters favor the restrictions that were enacted to slow the spread of COVID-19. And by and large, people prefer a cautious approach to getting life back to normal.

The UCLA + Democracy Fund Nationscape survey began adding COVID-19–related questions in March, shortly after businesses, schools and events began shutting down. Topics include Americans’ beliefs, worries and behaviors related to the pandemic. The survey will post results each week on a new coronavirus-specific page of its website.

“Our research has revealed a nation largely in agreement on everything from preventive measures to thoughts about returning to normal activities,” Vavreck said. “Far from the partisan division that has described the last several years, nearly everyone has incorporated precautions against the virus into their daily lives and most people support government interventions to stop its spread.”

The study was quickly noticed by government leaders. Sen. Ben Cardin of Maryland referenced the findings during remarks on the Senate floor on May 13.

Among the initial results:

Nationscape poses questions to a sample of 6,250 Americans to gauge where they stand on policy, politics and issues. By Election Day 2020, the project will have completed more than 500,000 interviews with Americans from every congressional district. 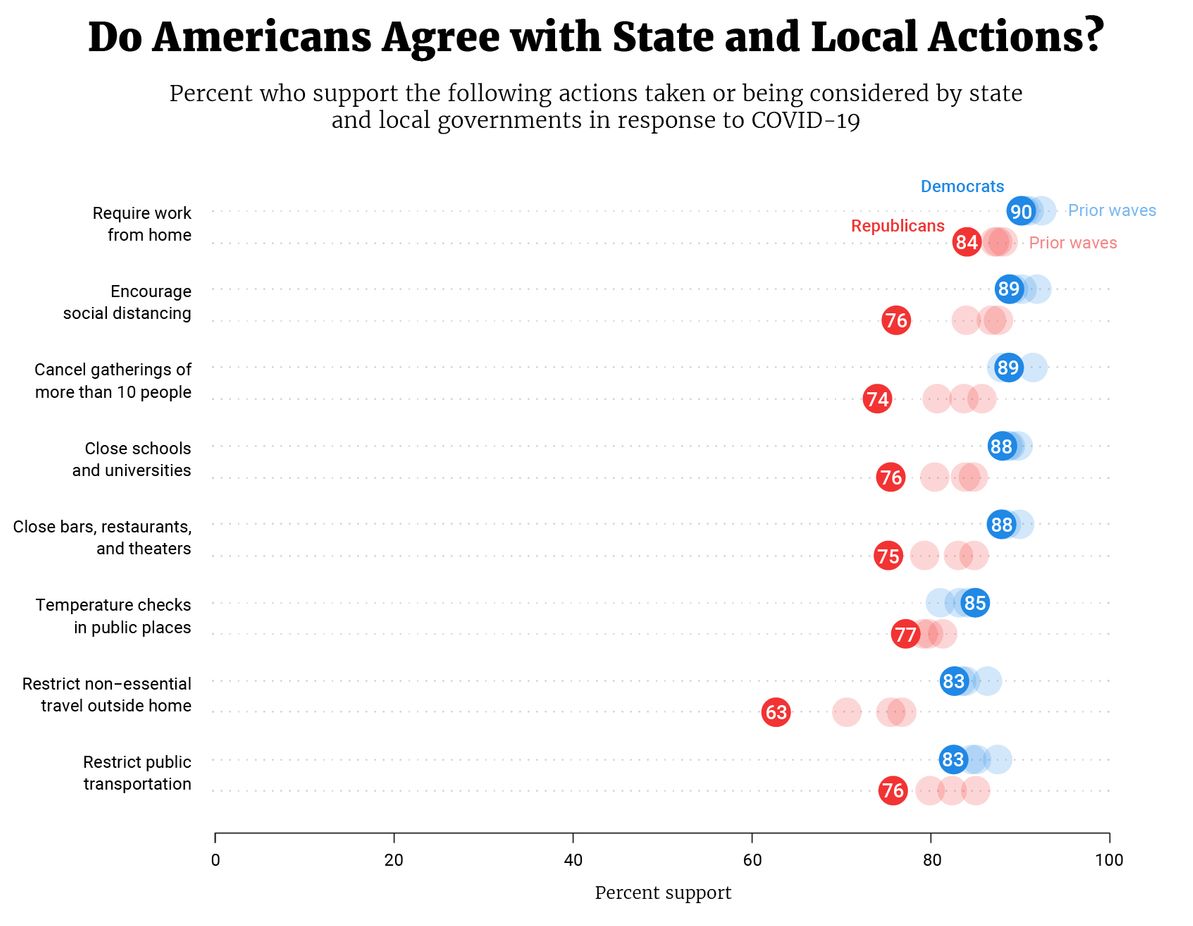 Researchers also surveyed respondents about the economic pain caused by COVID-19. Of respondents who earn less than $25,000 per year, 26% reported that their income has been reduced significantly due to the crisis, and 24% have lost their primary source of income entirely. Among those earning more than $85,000 annually, 23% reported significant income loss but just 8% indicated that they had lost their income entirely.

Vavreck is an expert on presidential elections; her previous research has shown that a good economy is often critical to a president’s reelection chances.

“As we head into the presidential election, we will continue to chart how the government’s response to the pandemic will affect the way voters view an incumbent president presiding over an unexpected downturn in the American economy,” Vavreck said.