This week marks the end of an era for several cohorts of UCLA students, as the twin space probes they nurtured for the past decade have finally fallen out of orbit and vaporized in Earth’s atmosphere. The cat-sized satellites, named the Electron Losses and Fields Investigation CubeSats, or ELFIN, are the first end-to-end NASA space science mission built entirely at UCLA.

“ELFIN is proof that space is accessible to students and not just big industry players,” said Vassilis Angelopoulos, a professor of Earth, planetary and space sciences. “It is an immensely valuable educational experience and a tradition we intend to continue.”

ELFINers, as they have come to be known, successfully met or surpassed all of their mission objectives: building custom sensors that can directly observe space plasmas, whizzing electrons, bouncing ions and vibrating magnetic fields that drive “space weather.” Much like the study of winds and storms on Earth, ELFIN’s unique datasets will help scientists better understand how the sun’s outpouring of solar wind can generate magnetic storms in space. These storms can energize electrons enough to damage satellites while also powering the mystical auroral lights — the aurora borealis and australis — on Earth.

Opportunities for several generations of students

After winning NASA and National Science Foundation grant funding in 2013, more than 300 UCLA students worked under Angelopoulos and his team of eight staff to design, build and test these tiny satellites. Their work culminated with a joyous launch from the then Vandenberg Air Force Base on Sept. 15, 2018. However, this was only a small step in their long journey.

Even after ELFIN survived the turbulent ascent and managed to power itself in space using solar panels, it was an incredible challenge to maintain contact with a device hundreds of miles away that uses less power than a modern smartphone, traveling 10 times the speed of a bullet. The satellites needed to withstand extreme temperature changes from -76 degrees Fahrenheit to 140 F, survive constant radiation and calibrate scientific instruments before the UCLA team could claim any success.

The real achievement, however, was turning a high stakes real-world problem into a daily routine for UCLA students.

“I didn’t quite know what I was getting into when I first joined ELFIN as a satellite operator,” said sophomore Isabella He. “As a first-year materials engineering student, I didn’t get a lot of subject-specific experience in classes. However, ELFIN has provided me with my first real-world applications of materials work plus I get to operate a pair of awesome satellites at the same time!” 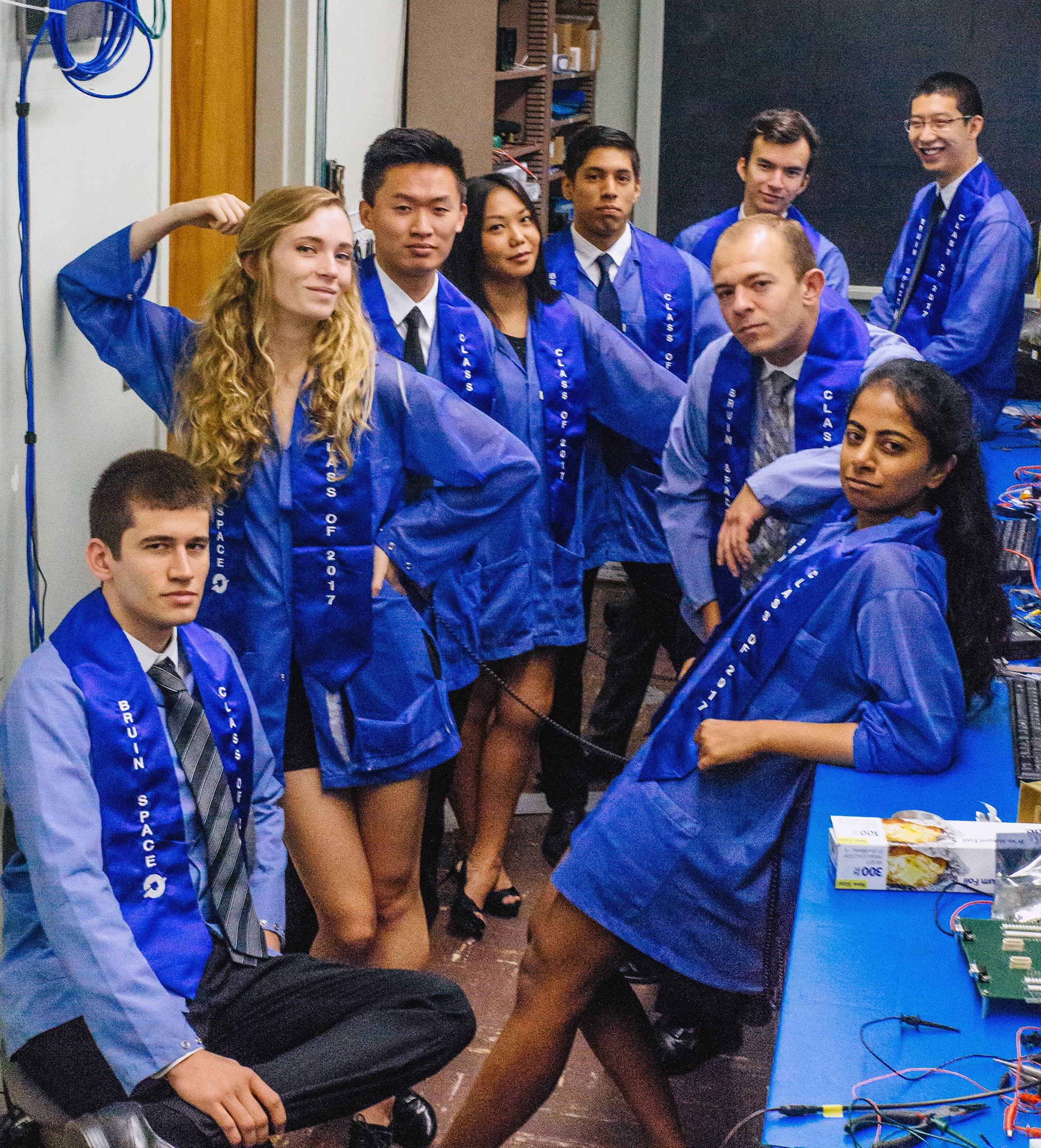 “ELFIN exposed me to an engineering environment entirely new to me. Everyone was thrilled to be a part of a common mission and I was immediately included,” said Micah Cliffe, an electrical engineering major who graduated in 2018. “Working on the operations side of ELFIN also prepared me to be on console in mission control during the first crewed launch of Dragon at SpaceX in 2020. It’s all thanks to ELFIN!”

What appears to be an unassuming office in the geology building is actually a miniature NASA mission control room. Inside, student satellite operators directly command ELFIN multiple times a day using custom software developed by fellow students, downloading the data that will be analyzed by researchers all over the world.

“Letting a sophomore operate ELFIN was quite the gamble, but that’s just the beauty of it,” said Suyash Kumar, who graduated from UCLA with a physics degree in 2022. “I never felt like I couldn’t make mistakes. The only thing that mattered was learning from them and feeling heard. I received the same respect and attention when I began at ELFIN as I did when I left.”

Later this month, current and former ELFIN members will come together in an end-of-life celebration for the small machines that have been such a labor of love.

“It’s like a family. Together we built a device almost entirely by hand and prepared it to survive in a hostile environment, for science. We really bonded while navigating through countless unexpected challenges and problems. It changes you,” Emmanuel Masongsong, staff mentor for the fabrication and earth station subsystems. “The fact that we overcame all these odds and our satellites performed and delivered, it’s like it was a dream and still hard to believe.” 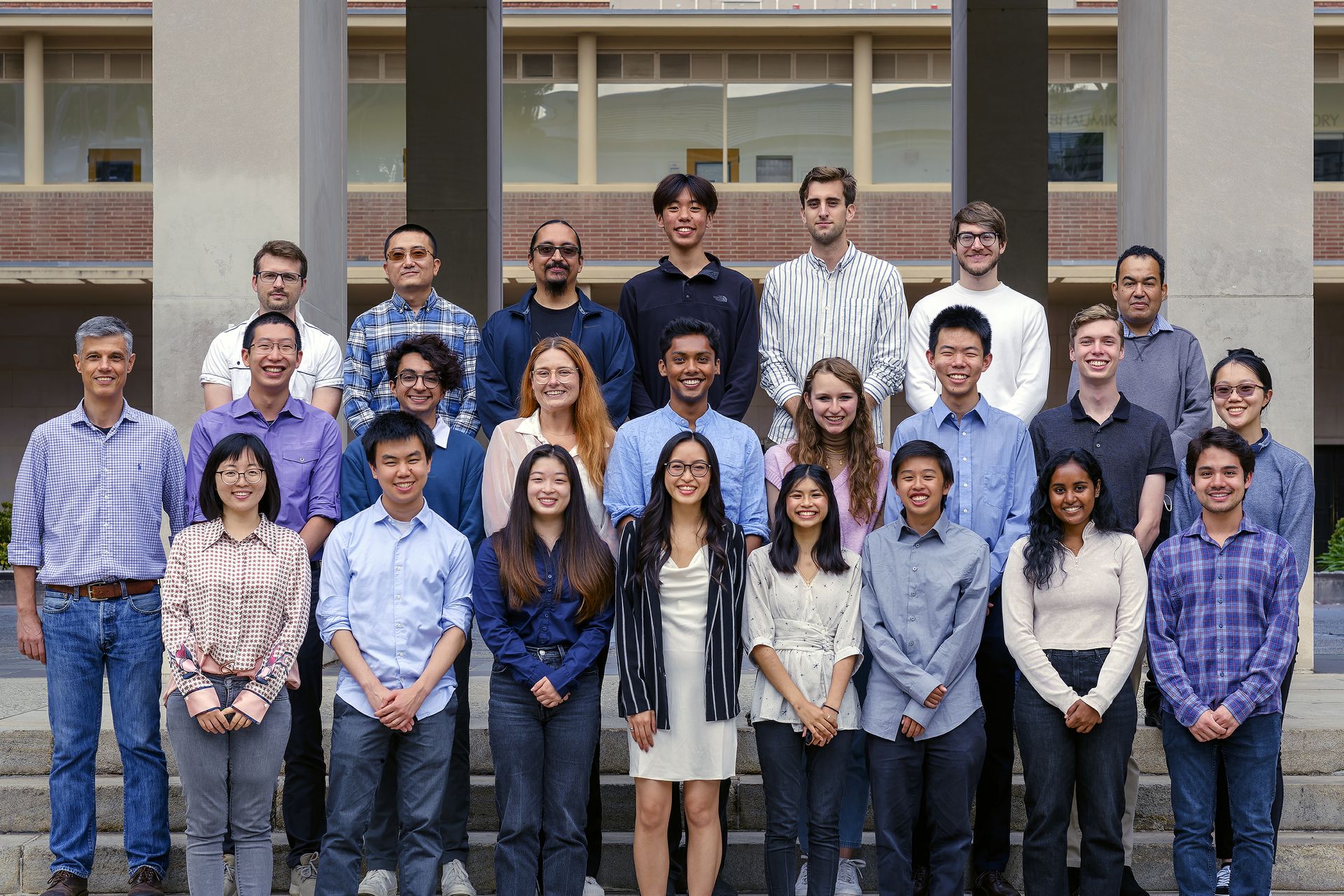 For some, ELFIN proved a life-altering experience. Ethan Tsai joined the project as a physics sophomore with no background in building satellites or studying space plasmas, but quickly gained the skills to lead the subteam responsible for controlling the orientation of the spacecraft. He has since risen to become ELFIN’s project manager, a doctoral student in space physics, and a mentor for the students, overseeing the development of new and improved instruments aboard the next NASA CubeSat missions that will be designed, built and operated by Bruins.

“We’ve proven beyond a doubt that big science can come in small packages and within the space physics community, it is clear that small satellites are the future,” Tsai said. “It is my dream that UCLA students are a key part of this future. For some, working on ELFIN is a once-in-a-lifetime experience. For others, it is the beginning of their career. However, for every single ELFINer, this is a special place where talented and passionate students from a diverse range of disciplines can come together to solve industry-level problems.”

Sophomore Katrina Le, who is studying mechanical engineering, said she was surprised to be recruited to work on the ELFIN project. “I did not expect to be recruited by ELFIN as a freshman, much less entrusted with operating the satellites and working on new satellite designs. I have gained so much experience that I feel is unachievable through curriculum alone and have made amazing friends in the process.”

ELFIN’s unique perspective enabled measurements that have surprised scientists, demonstrating that current best theory is not enough to explain the torrents of electrons that can sometimes pour into our atmosphere, which can have significant implications for atmospheric and climate models.

Most importantly, ELFIN has revealed new intricacies in the interactions between space plasma waves and electrons in near-Earth space, already yielding a dozen scientific publications with more than a dozen others in preparation. Over the next decade, scientists all around the world will scrutinize ELFIN’s datasets in conjunction with flagship NASA missions, searching for more clues to better understand Earth’s invisible, yet highly dynamic, magnetic shield against the sun.

Next-generation ELFIN satellites are coming soon. The team is gearing up to build new CubeSat with bespoke, cutting-edge miniature sensor designs so they will be ready to go once the project receives funding, hopefully next year.

“We will keep reaching for new heights as CubeSat technology becomes ever more cost-effective and efficient,” Angelopoulos said. “From a large cluster of ELFIN II’s around Earth and then to the moon, eventually UCLA’s student-built satellites will yield discoveries across the solar system.” 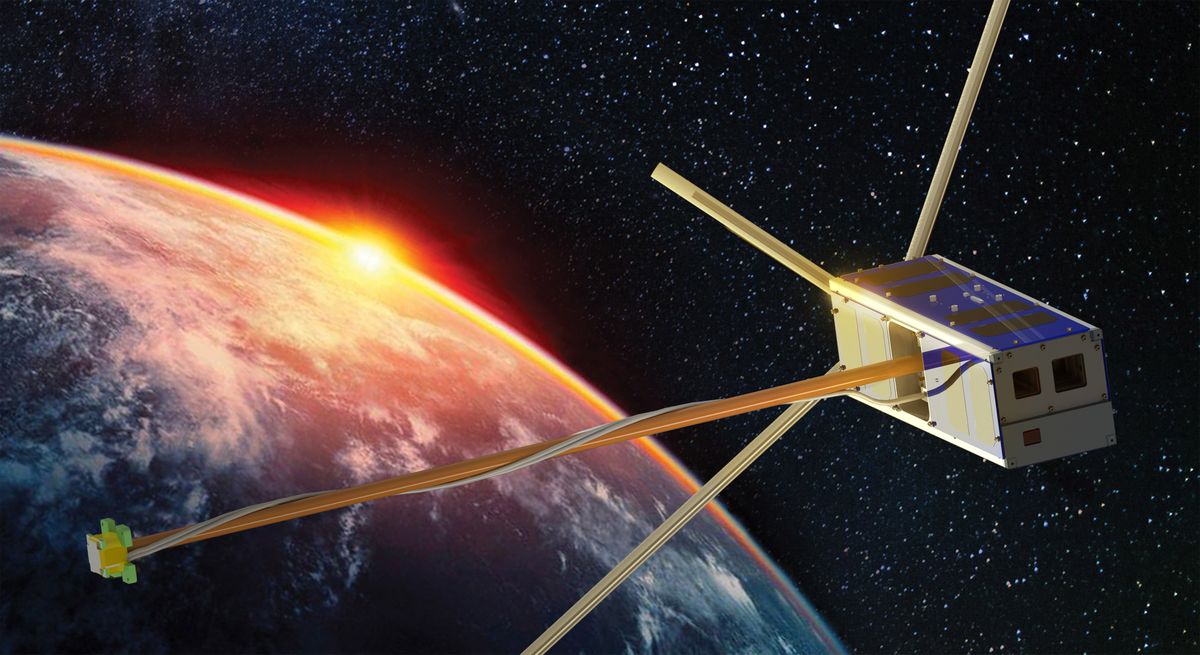