Midlife and older gay men in the United States have lived through a remarkable period of crisis and change. On the heels of the burgeoning gay rights movement in the 1970s, the AIDS epidemic robbed these men of many of their friends and partners beginning in the 1980s.

For all of the social progress in recent years, this group has endured discrimination throughout their lives, with many feeling the need to conceal an important aspect of their identities. And now they have reached a time in their lives that many men, regardless of their sexual orientation, find stressful. 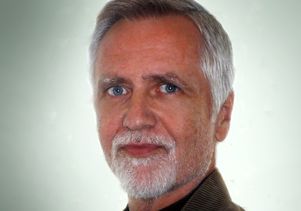 Richard Wight, a researcher in the Department of Community Health Sciences in the UCLA Fielding School of Public Health, has recently studied mental health trajectories of midlife and older gay men against the backdrop of these societal shifts.

Wight and his colleagues, including professor Carol Aneshensel in the Department of Community Health Sciences, have drawn from an invaluable resource — the Los Angeles site of the ongoing Multicenter AIDS Cohort Study(MACS), one of the world's largest and longest-running studies examining the natural history of HIV/AIDS. Led at UCLA by Dr. Roger Detels, professor of epidemiology at the Fielding school, the study has followed the lives of nearly 5,000 HIV-positive and HIV-negative gay and bisexual men at four U.S. sites since 1984 through twice-annual assessments.

“It dawned on me that we have three decades’ worth of data,” says Wight. “This was an opportunity to see how the historic societal changes affecting gay men have intersected with the natural aging process.”

Wight has found that  — on top of experiencing aging-related stress that is common regardless of sexual orientation  such as financial strains, health-related hardships, caregiving burdens and concerns about independence — many midlife and older gay men experience the stress of being part of a sexual minority group. They perceive that they need to conceal their sexual orientation, or that others are uncomfortable with or avoid them because they are gay.

In a study Wight published in 2012, he found that men ages 44-75 who identified as gay and reported both sexual-minority stress and aging-related stress were at high risk of experiencing poor mental health.

Older gay men are more likely than heterosexual men to endure other types of stress common to the aging population, Wight notes. “They often don’t have the same level of social resources,” he says. “Older gay people are much less likely to have children or to be in a committed relationship than heterosexual people, and are more likely to be living alone, so they have fewer resources to fall back on as they get older.”

In a 2015 study, Wight found that some midlife and older gay men experience what he and his colleagues termed "internalized gay ageism," which Wight defines as “feeling denigrated or depreciated as they grow older within the context of a gay male culture in which youth and physical attractiveness are disproportionately valued.”

While most of the men in the study did not experience this phenomenon, those who did were more likely to report symptoms of depression.

“Midlife and older gay men have traversed unparalleled historical changes across their adult lives and have paved the way for younger generations of sexual minorities to live in a time of less institutionalized discrimination,” Wight and his co-authors observed. “Still, they are at distinct risk for feeling socially invisible and devalued in their later years.”

But Wight has also found certain characteristics to be associated with better mental health and a lower risk of depression among the midlife and older gay men he has studied.

For the men who experienced internalized gay ageism, a sense of mattering, which Wight describes as “the degree to which people feel they are an important part of the world around them,” was a key factor in mitigating stress-related mental health problems.

Wight’s research also suggests that having a high level of mastery — or a sense of control over one’s life — helps to offset some of the damaging effects of sexual-minority and aging-related stress.

Moreover, his research has concluded that legal marriage for persons in same-sex partnerships may protect against poor mental health.

Wight got his start at the Fielding school in 1985 when he worked for MACS as a research interviewer. At the time there were approximately 1,600 men being followed at the UCLA MACS site; more than three decades later, that number is down to about 500, with many from the original cohort having died of AIDS-related illness.

“When the study started in 1984, HIV hadn’t even been identified as the cause of AIDS,” Wight says. “These men were motivated to help figure out why so many of their friends were dying, and, as time went on and we learned more, much of the study’s focus shifted to long-term survival and aging for these HIV-positive and HIV-negative men.”

The findings from Wight’s research on the lives of these men as they advance in age suggest that targeted campaigns may be necessary to address their heightened risk for poor mental health. Many study participants have related how difficult it is when they think of the close friends and partners they have lost, and how their lives could have been different if those individuals were still alive.

“On the other hand,” Wight says, “having dealt with so much adversity in their lives has made many of these men stronger, more resilient and better equipped to deal with some of the hardships people encounter when they get older.”

Homophobia and discrimination continue to be significant, he said, but there is no doubt that the legal and social landscape has shifted dramatically since today’s midlife and older gay men were youths.

“These men have lived through tumultuous times,” Wight says. “Their contributions should be valued. Because of what they have been through, life will be that much easier for younger gay people.”

On the other hand, Wight points out that recent legislative action, such as the controversial laws restricting access to restrooms based on sex in North Carolina and Mississippi, are once again creating circumstances that put sexual minorities at risk of discrimination and its harmful consequences.

This story appears in the Spring/Summer 2016 issue of UCLA Fielding School of Public Health Magazine.