As Black History Month kicks off, we spotlight just a few of the important contributions UCLA faculty members have made to the ongoing cultural conversation by way of their published works. The list is a small sample of the creativity, integrity, scholarship and skill that is found on campus every day. The following books, meant largely for general audiences, cover a wide range of topics appropriate for Black History Month, from unique anthologies to spotlights on civil rights activists, to celebrations of exceptional artists, plus a couple of deep looks at the history of our own Los Angeles community. 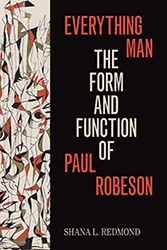 “Everything Man: The Form and Function of Paul Robeson” (Duke University Press, 2020)

Shana Redmond, professor of musicology and African American studies, illustrates the remarkable life and lasting impact of singer, Afrofuturist, theatermaker and activist Paul Robeson (1898-1976), tracing his influence through popular culture and politics including the Harlem Renaissance of the 1920s, the civil rights era of the 1960s and into modern day.

“Everything Man” was named to NPR’s Best Books of 2020. Critic Ann Powers calls it “a deeply innovative exploration of the cultural resonances of the titanic — yet often now overlooked African American song interpreter, actor, athlete and Freedom Fighter Paul Robeson … Redmond returns Robeson to his rightful place at the center of the American conversation.” 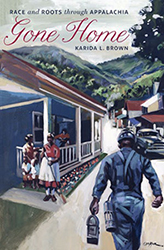 Karida Brown, professor of sociology and African American studies, draws from more than 150 original oral history interviews with former and current residents of Harlan County, Kentucky, to offer a corrective view of Appalachia. Since the 2016 presidential election, Americans have witnessed countless stories about Appalachia: its changing political leanings, its opioid crisis, its increasing joblessness and its declining population.

“Gone Home” re-centers that narrative by telling the stories of African Americans living and working in Appalachian coal towns, offering a sweeping look at race, identity, changes in politics and policy, as well as black migration in the region and beyond. Brown shows us that what we have come to know as Appalachia is far more diverse than we think.

“Like the best of such case studies, Brown’s intimate portrait of African Americans’ ties to a single place—much of it cast in the form of ‘back home’ nostalgia — tells us much about their resilience and resourcefulness.” —The Journal of American History 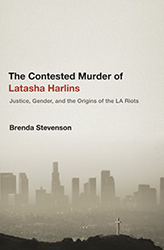 “The Contested Murder of Latasha Harlins: Race, Gender and the Origins of the L.A. Riots” (Oxford University Press, 2013)

Brenda Stevenson, Nickoll Family Endowed Professor of History, tells a story of race, gender and class that unwinds in the wake of the death of a Black teenager, Latasha Harlins, at the hands of a Korean shopkeeper, Soon Ja Du, who shot the young woman in the back of the head. Harlins died clutching two dollar bills and a bottle of juice from the store. Du was convicted of voluntary manslaughter but was given a comparatively light sentence (time served, probation and community service) by Judge Joyce Karlin, an affluent Los Angeles Jewish woman. Stevenson’s narrative examines how the differing race, class and social status of these three women played into their respective fates surrounding the tragic incident. Harlins died more than a year before the 1992 L.A. uprising, but Stevenson’s book shows how her death, and the role that race and class played in a lack of justice surrounding it, was a central factor in long-simmering community rage that ultimately led to the riots.

“‘Contested Murder’ makes it clear the tragedy inside the Empire Market and the violence that followed in South L.A. and Koreatown should be remembered by all Angelenos as a turning point in their history.” —Los Angeles Times 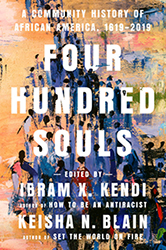 Kyle Mays, professor of history, African American studies and American Indian studies, is one of 90 Black authors selected to contribute to a unique single-volume history of African Americans, which was edited by Ibram X. Kendi. Mays, of Saginaw Anishinaabe heritage, offers a chapter titled “Blackness and Indigeneity” for the collection, which includes themes of resistance and struggle and of hope and reinvention. The anthology deconstructs the idea that Africans in America are a monolith — instead it unlocks the broad range of experiences and ideas that have always existed within the community of Blackness.

“Every voice in this ‘cabinet of curiosities’ is stellar … An impeccable, epic, essential vision of American history as a whole and a testament to the resilience of Black people.” —Kirkus Reviews 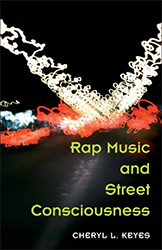 Cheryl Keyes, professor of ethnomusicology and chair of the African American studies department, wrote the first complete history of rap music back in 2004. Her book stands as a sweeping overview of the genre’s roots in West African bardic and Jamaican dancehall tradition. She blends popular culture with folklore and ethnomusicology to highlight how rap music and its permeation into the cultural mainstream addresses the political and economic disfranchisement of Black youths and other groups. Her writing draws on the artistry, lives, politics, and interests of figures ranging from Afrika Bambaataa, the “godfather of hip-hop,” to early artists like Grandmaster Flash, to crossover pioneers like De La Soul and Public Enemy, to megastars like Tupac Shakur and The Notorious B.I.G. The book also delves into the impact of the rapper-turned mogul phenomenon, the rise of Death Row Records, and the East Coast-West Coast tensions of the 1990s.

“Rich in detail and analysis, this book is perhaps one of the most comprehensive in rap music scholarship.  … Certain to become one of the classic books in hip-hop scholarship.” —Journal of American Folklore 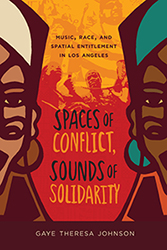 “Spaces of Conflict, Sounds of Solidarity” (University of California Press, 2013)

Gaye Theresa Johnson, professor of African American studies and Chicana and Chicano and Central American studies, centers this book on the cultural expressions and spatial politics that emerged in the mutual struggles of Blacks and Chicanos in Los Angeles from the 1940s to the present. In particular, she focuses on examples of Black and Chicano working-class youth who resisted the lines of race and class that emerged in the postwar era.

This book is perhaps best described in a review from her UCLA colleague and professor of history and African American studies Robin D.G. Kelley who wrote: “Gaye Theresa Johnson had to ignore all the noise about black-brown conflict, seek out archives that were never supposed to be found, and develop new ways of seeing and hearing. In so doing, she has produced a truly magnificent account of the world African Americans and Chicano/as made together — a world of sound, style, and subversion that serves as both a window into social crises and a vision for social change.” 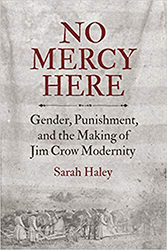 Sarah Hayley’s award-winning book is an essential companion read to “The New Jim Crow” by Michelle Alexander. Haley, professor of gender studies and African American studies, writes a history of the 19th and 20th century South through the stories of imprisoned Black women. Subjugated as convict laborers and forced to serve additional time as domestic workers before they were allowed their freedom, Black women faced a pitiless system of violence, terror and debasement.

Most recently, her book was selected for the National Book Foundation’s 2020-2021 Literature for Justice Reading List.

“‘No Mercy Here’ also reveals a long line of resistance — an unacknowledged dimension of the Black Radical Tradition — from minor disruptions and acts of sabotage to poetic ruptures in the expressive culture of the blues.” —Angela Davis, distinguished professor emerita, UC Santa Cruz 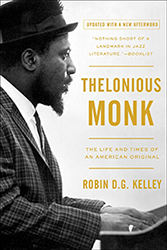 “Thelonious Monk: The Life and Times of an American Original” (Free Press, 2010)

One of the most-celebrated books by prolific author Robin D.G. Kelley, professor of history and African American studies, is his biography of this seminal figure in American music and culture. With extraordinary unprecedented access to Monk’s closest friends and family, his private papers, and hours of audiotapes of Monk himself, Kelley paints a picture of the man behind the music, and reveals the spirit of an enigmatic artist.

“I doubt there will be a biography anytime soon that is as textured, thorough and knowing … The ‘genius of modern music’ has gotten the passionate, and compassionate, advocate he deserves.” —August Kleinzahler, New York Times Book Review 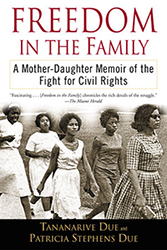 “Freedom in the Family: A Mother-Daughter Memoir of the Fight for Civil Rights” (One World, 2003)

One of UCLA’s most popular lecturers, Tananarive Due, an award-winning and prolific fiction author, teaches courses about Afrofuturism and Black Horror in the African American studies department. The daughter of a civil rights activist, in 2003 she teamed with her mother, Patricia Stephens Due, to write this powerful memoir of love, struggle and family, of commitment to a cause and hope for the future.

“The civil rights movement that swept across the United States starting in the 1950s is most often told in broad-brush strokes. … The book is a testament to the individuals, black and white, famous and obscure, who made racial equality an achievable goal rather than a hopeless dream. It ought to have a long shelf life, because the ‘race question’ will unfortunately be part of everyday existence throughout the United States for a long time.” —San Jose Mercury News