Forget the storytelling trinity of beginning, middle and end. That’s at least how Professor Chon Noriega is approaching his upcoming lecture about artist Raphael Montañez Ortiz, a founder of the 1960’s destructivist art movement. To capture Ortiz’s life and work, Noriega plans to embrace true destructivist form when he talks about Ortiz for UCLA’s 131st Faculty Research Lecture. That is to say, he’s leaving structure behind him.

“I take more of a vignette approach to it. It’s not strictly linear,” said Noriega, who will present the virtual lecture titled "Destruction in Art, Art in Destruction" on Thursday, April 28 at 4 p.m.

Much like Ortiz’s “piano destruction concerts,” Noriega said he is approaching the lecture, and the book he is writing about Ortiz, as if he’s taking an axe to the conventional form of an artist’s biography.

“The destruction of the piano with an axe — or the sofa with your bare hands — ultimately turns these objects into a lot of shards, a lot of parts and pieces,” said Noriega, a distinguished professor of film, television and digital media at the UCLA School of Theater, Film and Television. “You can’t put it back together in the way that a piano or chair was assembled as a very functional object in the world.”

Noriega sees archaeology and history following the same metaphoric process in the way that the fields have often taken the fragments of the past and tried to fit them into a singular and linear narrative, a trope that has often left many voices out, he said.

To demonstrate this process in the lecture, Noriega hopes to show the audience that history is often best told when it “hopscotches” across time and place, revealing the intersections between art, politics, national archives and the changing notion of U.S. citizenship. Noriega will specifically look at 19th century Puerto Rico and its politicians, who were fighting for self-rule, first from Spain and then from the United States.

“These politicians were scientists, doctors and biologists. And they were also artists, or art collectors,” said Noriega, explaining that the development of science and art where paramount to the group’s political reform goals in establishing place, culture and national identity.

“The biggest question when the U.S. took over Spain’s colonial holdings in 1898 was: ‘Are the people on these islands now U.S. citizens or colonial subjects?’” said Noriega, pointing to the U.S. Supreme Court and congressional deliberations over citizenship for Puerto Ricans. Today, Puerto Ricans are U.S. citizens but still can’t vote for president or elect congressional representatives.

How does this relate to Ortiz? One need only to attend the lecture to find out, said Noriega, who points to Ortiz’s turn to destruction as an artistic practice and commentary on an inexact history still palatable today. 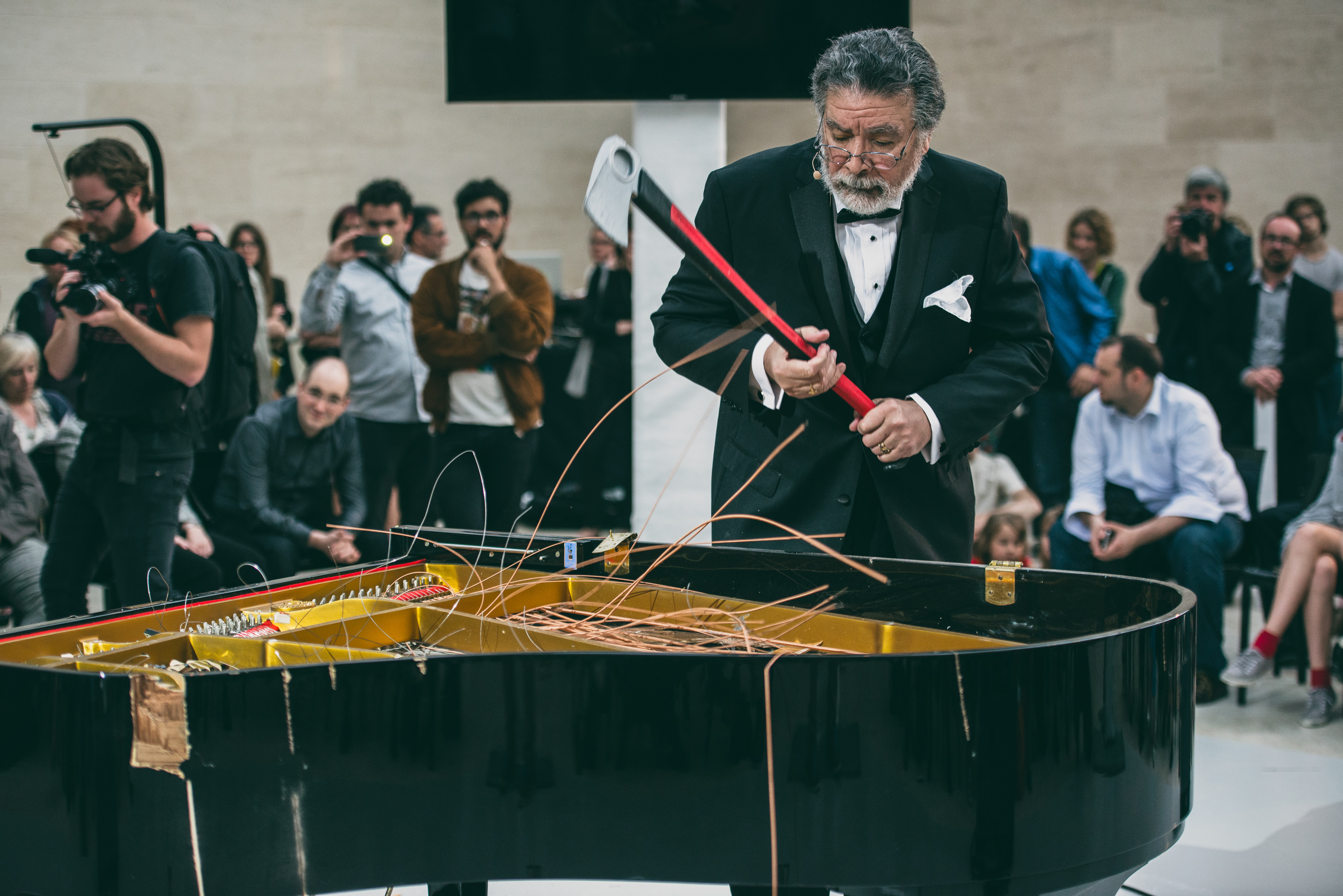 Remi Villaggi
Raphael Montañez Ortiz was the founder of the first Latino art museum in the United States and recipient of the UCLA Medal in 2017.

Noriega has a distinctive advantage in choosing Ortiz as the focus of his lecture, and as the research subject of his 2021–22 Guggenheim fellowship, which he received in 2021 just as he was completing his nearly two-decade tenure as director of the UCLA Chicano Studies Research Center.

“I’ve been interviewing him for 30 years,” said Noriega, who met Ortiz in 1993 at Cornell University where Noriega was curating a show bringing together Latino installation artists to challenge the accepted history of the medium at that time. Noriega was drawn to the way in which Ortiz used destruction as an art form grounded in ritual, psychoanalysis and neuroscience, and that he founded the first Latino art museum in the United States.

In 2015, Ortiz donated his extensive papers, audiovisual materials and ephemera to the Chicano Studies Research Center. Noriega said that Ortiz, who is Puerto Rican with Mexican and Indigenous heritage, liked the comprehensive approach that the center was taking in the arts, and he wanted to support its ongoing work to preserve and understand the long-term contributions of Latinos to art in the United States and around the world.

Noriega is currently serving as principal investigator on two grants that support the preservation of Ortiz’s films and videos since the 1950s, and he is also editor of the CSRC’s book series “A Ver: Revisioning Art History,” which includes 12 books on individual Latino and Latina artists. He is currently preparing for the publication of five more titles by 2024, including one on Ortiz, which he is writing.

Noriega will be joined after the lecture for a live Q&A session with Jennifer González, professor in the history of art and visual culture at UC Santa Cruz, and poet and art historian Roberto Tejada, Hugh Roy and Lillie Cranz Cullen Distinguished Professor at the University of Houston.

Register to attend the 131st Faculty Research Lecutre. A link to the event will be sent all registrants.

A recording will be available after the lecture on the event website.