Sometimes taking on a big problem means trying to do something that others say won’t work. For an example, look no further than Gaurav Sant, UCLA’s Pritzker Professor of Sustainability.

With an eye toward providing remedies for climate change, he and his colleagues take approaches to removing carbon dioxide from the atmosphere that are considered unlikely by some. Several of his projects have emerged from UCLA’s labs to spawn startups that are bringing new technologies into the marketplace, where they can make a difference in people’s lives.

In an interview, Sant — a professor of civil and environmental engineering and of materials science and engineering at the UCLA Samueli School of Engineering and a member of the California NanoSystems Institute at UCLA — reflected on tackling major challenges, what he does when someone says his ideas won’t work, how his research fits into a tradition, and how it doesn’t.

What shaped your research interest in sustainability?

If you look at the arc of civilization, civil engineers have been at the forefront of improving our standard of life in many ways. Major improvements from sanitation and water treatment to roads and highways have come from civil engineering.

So, in the spirit of working on big problems with big societal implications, I was drawn to this particular one: While cement and steel have undoubtedly been foundational to our way of life, the carbon footprint of producing construction materials is enormous. I became interested in reducing the carbon intensity of these materials.

To that end, for nearly a decade you’ve been developing technology to produce concrete using carbon dioxide. What did the prospects look like early on?

When I first talked about it with people in academia and industry — folks for whom I have incredible respect — they told me, “There’s little possibility this is ever going to work.” And I said, “Challenge accepted.”

It turns out that nobody had carefully looked at this process for using carbon dioxide to make concrete. We went through the due diligence to make sure it wasn’t physically infeasible, and we eventually realized that we could build and scale up the process. From there, I think we just persevered longer than others might have. It’s taken hard work from generations of Ph.D. students, postdoctoral researchers and staff scientists.

Your team won the NRG COSIA Carbon XPRIZE, a global competition for carbon removal technologies. How did that affect your work?

Participating in the competition prompted us to think much bigger than we might have otherwise. It really made us focus on trying to develop processes that will be viable in the real world, something that most academics aren’t necessarily challenged or inclined to do.

You founded the company CarbonBuilt, based at CNSI’s Magnify incubator, to move the technology forward. What’s the latest on that venture?

The company is building its first commercial plants in the U.S. at this point, and CarbonBuilt’s technology will be deployed at an industrial scale in early 2023.

With colleagues, you have also helped develop a system for removing carbon from the ocean, so that seawater can take up more carbon dioxide from the atmosphere. What inspired that initiative?

I have a really simple way of looking at it. Carbon management requires two levels of solutions. You need sector-specific ones, such as decarbonizing construction. But you also need solutions focused on decarbonizing our global economy and way of life.

We thought more broadly about how we could make our technologies more applicable to society at large. That framing led us to create this technology, which a UCLA startup is now commercializing. 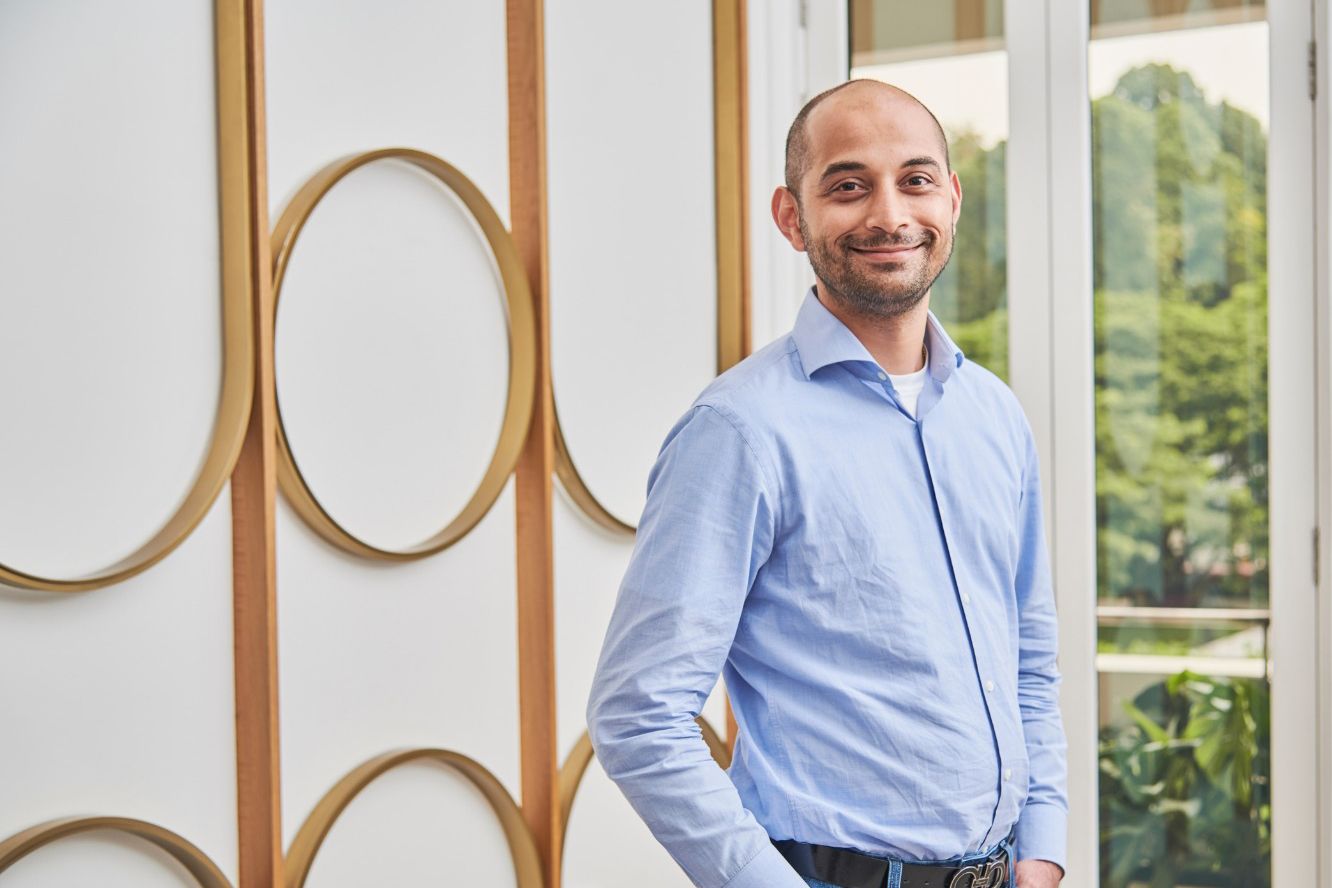 Temasek Foundation
Among the solutions Sant and his colleagues have developed is a system for removing carbon from ocean water.

Both projects are connected to UCLA’s cross-disciplinary Institute for Carbon Management, which you direct. What do you see as the institute’s role?

Our goal is to translate research into impact. The ICM plays in a space where academia, industry and national laboratories generally don’t operate. Academia and government labs tend to work on fundamental research related to materials and processes. And for-profit companies are disinclined to take on technology development efforts that aren’t assured commercial success.

At the ICM, we emphasize translation rather than discovery, where success means bringing technologies to maturity — rapidly, scalably and repeatably — so commercial ventures can take them and scale them to success. We set out to build devices, systems and processes that are the first of their kind.

We do this in two areas: carbon management solutions, with a focus on removing, mitigating and avoiding emissions; and new processes for expanding supplies of lithium, nickel, cobalt, manganese and molybdenum, which are materials foundational to the clean-energy transition.

Given that so much of your work deals with limiting climate change, where do you find such optimism in the face of an increasingly dire problem?

Fundamentally, we rely on the idea that with careful planning, focused effort and commitment, success often emerges. Such optimistic thinking is prerequisite to making a change for the better.

What first sparked your interest in science and engineering?

How does your work fit into that family tradition?

I’m hesitant to equate these things, because there’s a great difference between what my grandfather did, what my father continues to do and what I do. They did things that made a difference in people’s day-to-day lives. With the work that we’re doing, the benefits are delayed. That said, if we succeed — which will take a decade or more to know — the outcome could be just as impactful.

But the philosophical commonality is that all three of us, in our own ways, have done, or are doing, things that matter to us as individuals, and to society at large.

You’ve been at UCLA for your entire career as a professor. What keeps you here?

This is a world-class community. I’ve received support from some incredible people — in our leadership, among my peers and among our supporters, not just at UCLA Samueli but around the campus, in L.A. and around the world. I’ve had the freedom and flexibility to do things that were perhaps not typical for academia, and to take chances. So I have been fortunate to be doing fun things with a team of people I want to work with today, tomorrow and from there on.