In 1804, when the use of electricity was in its infancy, a scientist named Giovanni Aldini jolted the recently hanged body of an executed convict from London’s Newgate prison with bolts of electricity, momentarily re-animating the limbs of the corpse — an experiment conducted at the Royal College of Surgeons.

This moment was vividly described in newspapers of the day, discussed widely among the educated and middle classes of the times, and debated by scientists for years to come.

Author Mary Shelley was just 7 at the time, but the impact of it jolted through her as well, and ultimately helped define the face of horror, science fiction and Halloween forever, said Anne Mellor, UCLA distinguished research professor of English and the author of “Mary Shelley: Her Life, Her Fiction, Her Monsters.”

Shelley’s most well-known novel, of course, is “Frankenstein, or the Modern Prometheus,” a book that gave life to a creature that has spawned a cottage industry of films, television episodes, comic books, children’s costumes, Halloween decor and more in the 200 years since her seminal novel was first published in 1818.

Shelley grew up in a society that was coming to grips with a new technology that represented an unsettling level of power over the natural world.

The reason Shelley’s Frankenstein is so enduring as a story and a character is because we are continually grappling with themes Shelley sought to illustrate in her novel — the shapes of them just change with the times, Mellor said.

“It is the myth of modern science that a scientist can create something that could destroy us all,” Mellor said. “And that feeling is still with us, whether we are thinking about nuclear bombs, bioterrorism, anthrax, the list goes on. While the experiments have changed, the capacity of scientific intervention in the workings of nature has only increased, so the myth becomes more and more relevant.”

The result of Shelley’s research into (and qualms about) science took form in her famed monster that starts with a rather benevolent existence, becoming cruel and violent only after he is denied affection and empathy from the world — and his father, Victor Frankenstein. Victor’s refusal to make his unnatural son a mate of his own was Shelley’s commentary on male fear of female power and female sexuality, Mellor said.

In “Frankenstein,” Victor is unnaturally taking away natural forms of reproduction to make a male body, Mellor said.

“If he had succeeded, you wouldn’t need women anymore, Shelley was implying,” Mellor said. “You could eliminate the need for female wombs. That’s one of the implicit horrors of her book, a male-driven desire to control and exploit the secrets of Mother Nature.” 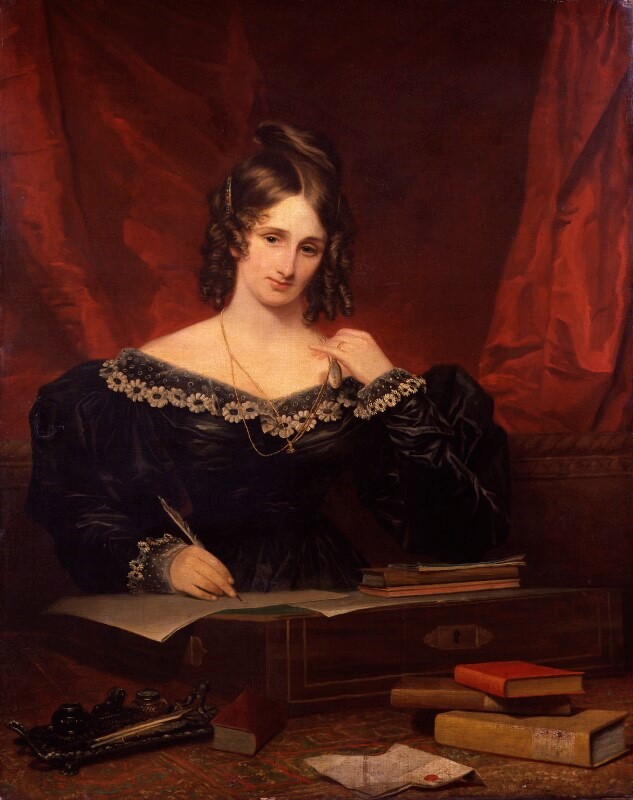 Shelley was trying to illuminate that there is a danger in science to reduce creation to the basics of matter, eliminating spirit, Mellor said. If something doesn’t have a spiritual life of its own, you don’t have to take care of it — you just use it.

“On the other side you could say, if Victor had been able to take care of his creature, he might in fact have created a superior humanoid form,” Mellor said. “Certainly it was stronger, bigger and with more endurance than mere humans. These are some of the questions the novel raises.”

The myth of Frankenstein has taken on a visual identity that is likely far-removed from what Shelley envisioned her creature to look like — the green skin, the neck bolts, the patchwork stitches and all the iterations we have seen over the years.

The only existing visual that we know for sure Shelley herself approved is from the 1821 third edition, and in it the creature looks rather handsome, Mellor said. The text itself describes the creature as pale or slightly yellow skinned.

Mellor said this could be interpreted that Shelley envisioned the character to look somewhat Chinese or of Asian descent. There was a sense of superior intellect and non-violence surrounding perceptions of these cultures that Shelley would have been attuned to.

Shelley was the extremely imaginative daughter of Mary Wollstonecraft, one of the earliest and most revered feminist writers whose “A Vindication of the Rights of Woman: with Strictures on Political and Moral Subjects” called out the need for equal education of the sexes. Wollstonecraft died when her daughter was just a few days old.

But as a young woman, spurred on by her famous poet husband, Percy Bysshe Shelley, Mary Shelley always felt compelled to write, Mellor said. She came of age as an author during a time printing had become more affordable, lending libraries were established and there was an eager appetite among educated middle-class women in London to read novels written by other women.

Most of the adaptations of Shelley’s work don’t quite do the source material justice, Mellor said. Her favorite is Nick Dear’s stage production from five years ago in London, one that starred Benedict Cumberbatch and Jonny Lee Miller alternating in the roles of Victor and the creature. A filmed version of the play often gets shown on movie theater screens across the country around Halloween.

In May, Mellor invited Dear to attend a symposium she hosted on Frankenstein, and in a Q&A session after a screening of the film she was gratified to discover that 20 years ago, when he first started thinking about doing a Frankenstein adaptation, he discovered her book about Mary Shelley, which Dear said became the production’s bible on the character.

“It brought across the idea that the creature has to be seen as a baby,” Mellor said.

Shelley would likely be pleased that her story has endured, Mellor said.

“For a later edition she wrote a foreword in which she calls him her ‘hideous progeny’ and that she hopes he will “go forth and prosper,’” she said.