As the calendar approaches the end of June, the Hill — the heart of UCLA’s residential community that provides the rhythm of daily life for the 14,000 undergraduates who live there — is now eerily quiet.

But unlike past years, this isn’t a sudden change. Since mid-March when COVID-19 forced UCLA to suspend most on-campus operations, the residence halls, dining halls and outdoor gathering spots replaced the daily sea of students toting their reusable travel mugs with distant nods and waves between individuals wearing face masks and standing or walking at least six feet away.

“It was definitely different,” said Sydney Siphavong, who graduated with a bachelor’s degree in psychobiology student this month and chose to stay on the Hill during the pandemic until the year ended. “But as it got sunnier there were more people outdoors with their masks on and maintaining appropriate physical distancing, of course, and enjoying the weather as best as they could.”

Although students were strongly urged to return home to reduce the campus population, UCLA administrators committed to providing safe accommodations and resources for any student who remained.

Some students stayed at UCLA because they wouldn’t have access to reliable internet in their family homes. Some, like Siphavong, who is from San Jose, California, knew that returning home and quarantining with parents, siblings and in her case, also grandparents, would pose challenges. For others, including some who are former foster youth, UCLA is their permanent year-round home while they are earning their degrees. And, of course, the campus’s international students were faced with travel restrictions and heightened uncertainty.

“I think UCLA was really cognizant of the fact that, for some, home situations wouldn’t be ideal,” said Siphavong, who also worked as a resident assistant.

Moving with the changing times

Of the 14,000 undergraduates who made the Hill their home during the school year, just 7% kept their housing contract through spring quarter once the pandemic hit. Staff from UCLA Housing worked to quickly process cancellations and refund payments, and worked with students who left campus with their belongings in their rooms before realizing they wouldn’t be returning. Room contents were inventoried and arrangements were made in cooperation with students to ship or locally store items for those who were unable to personally retrieve their things. 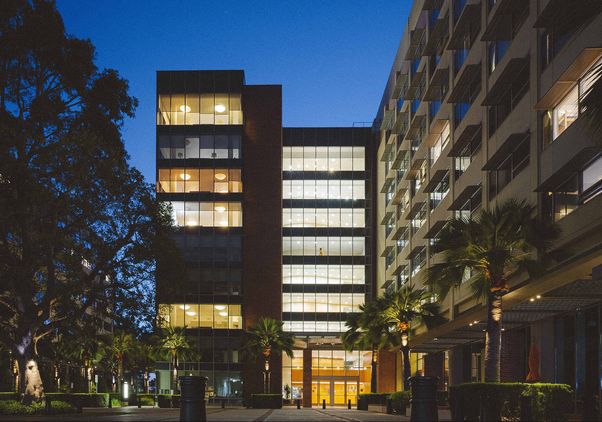 Idriss Njike/UCLA
This courtyard would normally have been full of activity.

A few weeks into the pandemic, the remaining students were consolidated into six buildings. Each resident was given their own individual room and no longer used traditional communal bathrooms.

“The speed and process of logistics was handled really well,” said Jared Faith, a resident assistant from Livermore, California, who also graduated in June. “I was impressed with how fast I was able to move out and move into another room.”

Faith said he and the remaining team of resident assistants continued to perform their roles by keeping in touch with residents and helping them feel supported during this unusual time.

“Even just casual physically distanced interactions when getting food, like saying ‘hi,’ helped,” said Faith. “We still had all our bulletin boards up and name tags on the doors and were checking in with the residents on Zoom if they wanted to chat.”

A key component to serving on-campus students during the pandemic was ensuring that they continued to eat well and stayed safe while doing so. For much of the quarter, two of the Hill’s four dining halls, De Neve and Feast, fulfilled this need. Together they served 1,600 to 1,700 meals daily as opposed to the 32,000 they normally would have served during the same time of year, said Al Ferrone, senior director of food and beverage in housing and hospitality.

Prior to the announcement to suspend in-person learning, Ferrone and his team in UCLA Dining quickly adjusted procedures to include the elimination of self-serve buffet options in the four large all-you-care-to-eat restaurants.

Employees in all dining locations across the Hill began to wear gloves and masks, and guests were instructed to personally swipe or tap their BruinCards for payment. Self-serve buffet stations were replaced with pre-portioned servings, and staff were on-hand to pour drinks from the beverage fountains. Stringent cleaning protocols, which have always been in place, were amplified to provide more frequent disinfecting of high-touch surfaces, Ferrone said.

By mid-March, each location became fully take-out. Floor markers were installed six feet apart reminding guests to allow for spacing when waiting in line, nearby signage educated people about the necessity for physical distancing and restaurant managers monitored lines to ensure that these precautions were being respected. 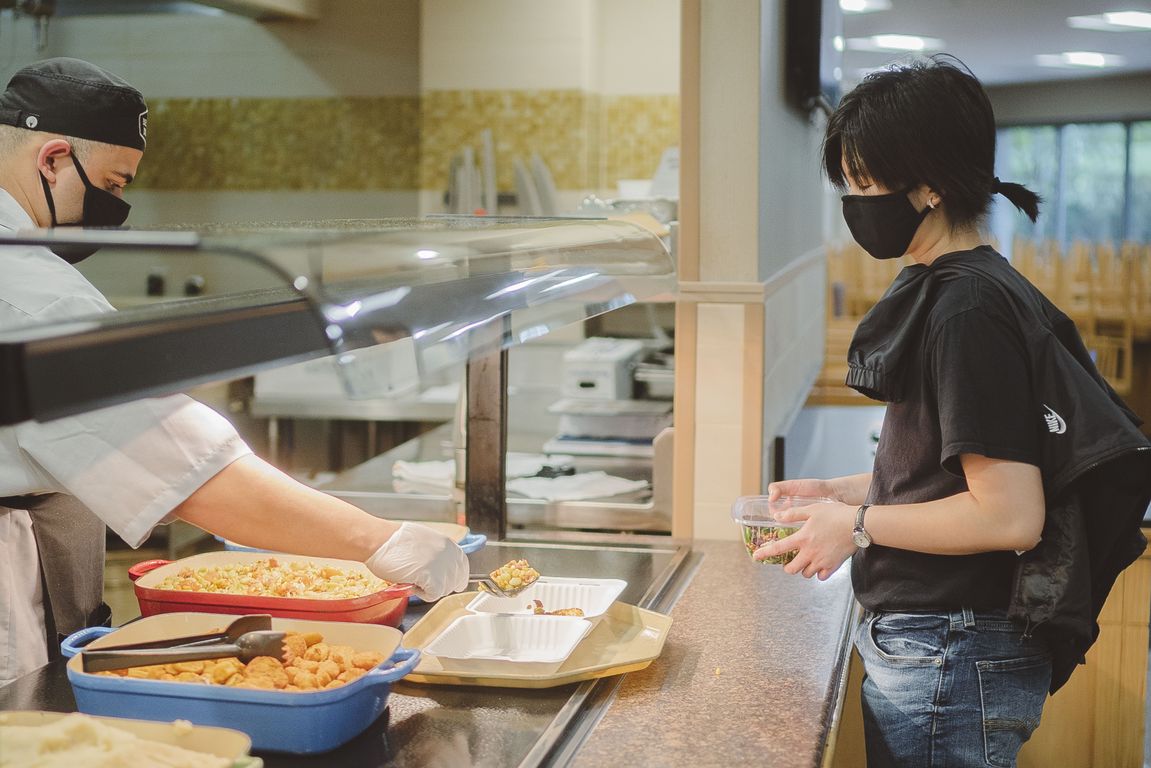 “Everything was just handled with a lot of care and precaution, which showed everyone was taking it seriously and everyone around the Hill was following the rules, which was really great as well,” said Siphavong, adding that all guests wore face masks during food service.

Revamping the residential community on the Hill for students during the pandemic went beyond providing safety, food and shelter. Attention also quickly turned to some of the students’ higher-level needs.

“As soon as we understood that this global crisis would have a tremendous impact on our residential communities, I started to wonder how to reach out to them and really connect with them,” said licensed clinical psychologist Andrea Letamendi, associate director of mental health training, intervention and response in UCLA Residential Life.

“As a psychologist, I found it important to gear some of our conversations to gaining a better understanding of students’ emotional and social well-being, and really learning how this crisis was impacting their functioning, not just academically, but in some of the other ways that impact their holistic development.”

This included students’ ability to connect socially, their sense of community and belonging, and their connection to their identity in context of their social environment, said Letamendi, who produced a video about coping with COVID-19 and overcoming feelings of discouragement as part of her concurrent role as interim director of the UCLA Student Resilience Center, or RISE.

“The physical distancing and stay at home orders that we’re all navigating created a tremendous amount of adjustment for all of us,” she said. “We really wanted to think mindfully about how those adjustments would impact our residents.”

Crafting ways to support students, help them keep motivated and encouraged during this pandemic, and continuing to build a sense of community among those isolating on campus, was paramount. The Residential Life team did this in a variety of ways, including creating and promoting various online events, workshops, game nights and film screenings and developing opportunities to learn from and be inspired by various TEDxUCLA presenters who participated in interactive conversations with students via Zoom.

“What a different way to do these,” said Letamendi, of the reimagined Conversations with TEDxUCLA model. Letamendi was a featured series speaker on May 14 when she logged on to discuss the role that entertainment media plays in helping people feel encouraged and motivated in current times. “These sessions were really well-received. I think students were looking for less didactic lecture-style experiences and more casual low-key experiences that they can participate in. It really brought down some of the barriers and created some comfort.”