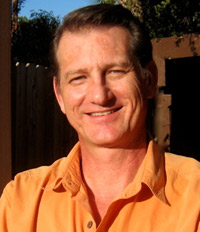 John Wallace Sweet, 57, a lecturer in the UCLA School of Theater, Film and Television and a 1997 graduate of the school’s master of fine arts in screenwriting program, died Dec. 28 in Panama City, Florida.

Sweet taught screenwriting and writing for television at TFT from 2007 to 2017. His script “The Affair of the Necklace,” which he completed while he was a student at UCLA, was made into a 2001 feature film starring Hilary Swank, Christopher Walken and Adrien Brody. He also sold and wrote other feature scripts for Warner Bros., Sony and Disney studios.

Prior to entering the screenwriting program, Sweet was a working TV writer. Apart from writing network assignments, he was under contract for two years as a staff writer for RHI Entertainment’s development division. His credits include the original pilot “Braxton” for RHI Entertainment; episodes of RHI’s “Learning the Ropes” and Fox’s “Mr. President”; and the Hallmark Hall of Fame movies of the week “Face to Face” (for CBS) and “The Great Elephant Escape” (for ABC).

Sweet is survived by his mother, sister, brother-in-law and nieces and nephews. Memorial services were held Jan. 7.