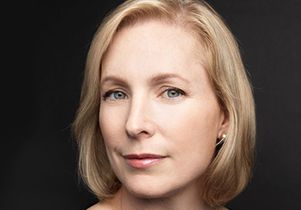 Sen. Gillibrand of New York, dubbed “the U.S. Senate's rising Democratic star” by Time, graduated from the UCLA School of Law in 1991. After working for a decade as an attorney in New York City, she served as a special counsel in the Clinton Administration. In 2007, she was elected to represent New York in the U.S. House of Representatives and in 2009 was appointed to fill the seat vacated by Sen. Hillary Clinton when Clinton became U.S. secretary of state. In 2012, Gillibrand was elected to a six-year term in the Senate.

Among her many accomplishments, Gillibrand helped lead the fight to repeal the “Don’t Ask, Don't Tell” policy that banned gays from serving openly in the military, and she led the passage of the STOCK Act to make insider trading by members of Congress illegal. The Washington Post hailed the effort as the “most substantial debate on congressional ethics in nearly five years.” Her recent efforts include providing support for veterans with mental health issues, and she is a staunch advocate of working-class families, pushing for quality child care, property tax relief and affordable higher education.

Writing about Gillibrand for Time, former U.S. Senator Alfonse D’Amato, who employed her as an intern early in her career, lauded her dedication to constituents and her tenacious spirit. “Don’t ever underestimate her. She can go as far as she likes,” D’Amato wrote. “If Kirsten Gillibrand wants to be a rock star, she’ll be a rock star. But she’d make a great president.” 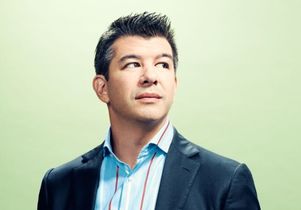 Uber founder and CEO Kalanick started honing his entrepreneurial skills while he was a computer science student in UCLA’s engineering school. In 1998, he teamed up with a couple of classmates and founded Scour and, in 2001, Red Swoosh, both music-and-data-sharing companies. Scour went belly-up, but Red Swoosh was acquired for $19 million by a technology giant in 2009. That same year, Kalanick came up with Uber, which connects passengers with rides-for-hire using a mobile application.

Wrote Neil Patrick Harris — actor, producer and director — about Kalanick and Uber for Time, “You don’t realize how much you need something like Uber in your life until you start using it. Until its brilliance and simplicity become a part of your everyday existence. Until you start using Uber as a verb.”

Kalanick’s company has an estimated value of $10 billion, according to recent news reports.

“Simply put,” wrote Harris, “Uber is rad … Travis Kalanick, is super rad. He’s savvy and driven. I can’t wait to see what he’ll conjure up next, as I’m sure it’ll be something I’ve never known that I’ve always needed but truly can’t live without.”

Fashion maven Massenet, who earned her B.A. in English from UCLA’s College of Letters and Science in 1987, launched net-a-porter.com in 2000. The luxury women’s fashion website not only survived the massive dot-com crash of that era but has thrived, expanding under Massenet’s leadership into a fashion and media empire that pulls more than 9 million unique visitors from around the world every month.

Commenting on Massenet’s farsighted concept for designer fashion retailing online, Jenna Lyons, creative director of clothing retailer J. Crew, wrote in Time, “The word ‘visionary’ is lofty, overused ... There are few people who can really see something that doesn’t exist ... Natalie Massenet is, in fact, that visionary. She saw a world where people would pay $2,000 for a pair of jeans, a world where you can buy what you covet, where the magazine pages meet the FedEx man.”

The daughter of a UCLA alumnus — the late journalist Robert Rooney — and British Chanel model Barbara Jones, Massenet was a UCLA student when she started her career in the media as photographer for the Daily Bruin. After graduating, she went on to become a fashion writer and stylist for publications such as Women’s Wear Daily. Recently, she launched Porter, a women’s fashion magazine.

Massenet makes her home in London, where she serves as chair of the British Fashion Council. Her business savvy has earned her numerous accolades, from The Wall Street Journal’s list of “Ten women to watch in Europe” in 2006, to being made a Member of the Order of the British Empire by Queen Elizabeth in 2009 for her service to the fashion industry.