UCLA kicked off another school year with a day of service, with more than 2,000 volunteers giving their time Saturday at 55 locations in Los Angeles and around the world.

The volunteers hailed from UCLA and USC, as the archrivals found common ground in service to the community each calls home. For the first time in its 14 years, UCLA’s annual volunteer day partnered with USC to become the joint Serve LA 2022. The annual event is a cornerstone of the UCLA experience, reflecting the university’s commitment to serving the community.

At the largest site on Saturday, about 400 Bruin and Trojan volunteers honored veterans by scrubbing the roughly 90,000 headstones at the Los Angeles National Cemetery.

“Today’s our 14th annual volunteer day,” said UCLA Chancellor Gene Block in a speech to the volunteers, “but this one is really special because it brings together UCLA and USC. We’ve joined forces. This has to be the largest student volunteer day in the country today.”

Volunteers were encouraged by Temoc Meza, director of the Los Angeles National Cemetery, to take a moment with each headstone as they cleaned, reflecting on the person’s name, their family, their service to our country and their sacrifice.

“I’ve never done something like this, so it’s a pretty cool experience,” said UCLA senior Kanoa King as he scrubbed headstones with two friends. “Being in ROTC, we’re going to be serving one day, too, so it’s kind of nice to remember that we’re serving for a greater purpose.”

Others chose to volunteer at the cemetery to honor family members, like UCLA senior Angelena Escobar, whose grandfather served in Vietnam.

“I hope someday he gets to be in a place like this that honors everyone who served,” Escobar said as she scrubbed a headstone. “I’ve been reading the names of all of them … It’s kind of like a tribute to them. This person here is John J. Callahan. He was in WWII and died in 1941, so I assume he died in the war, which is really sad, but at least we’re able to honor their memories.”

Khale’ Jackson, a UCLA sophomore whose father served in the Air Force for 19 years, said the military did great things for his family.

“I signed up because I love volunteering and wanted to give back to my community, and I picked serving at the cemetery because it gives me the chance to give back to the military,” Jackson said. “It’s not just washing a headstone, it’s honoring the veterans who served this country.” 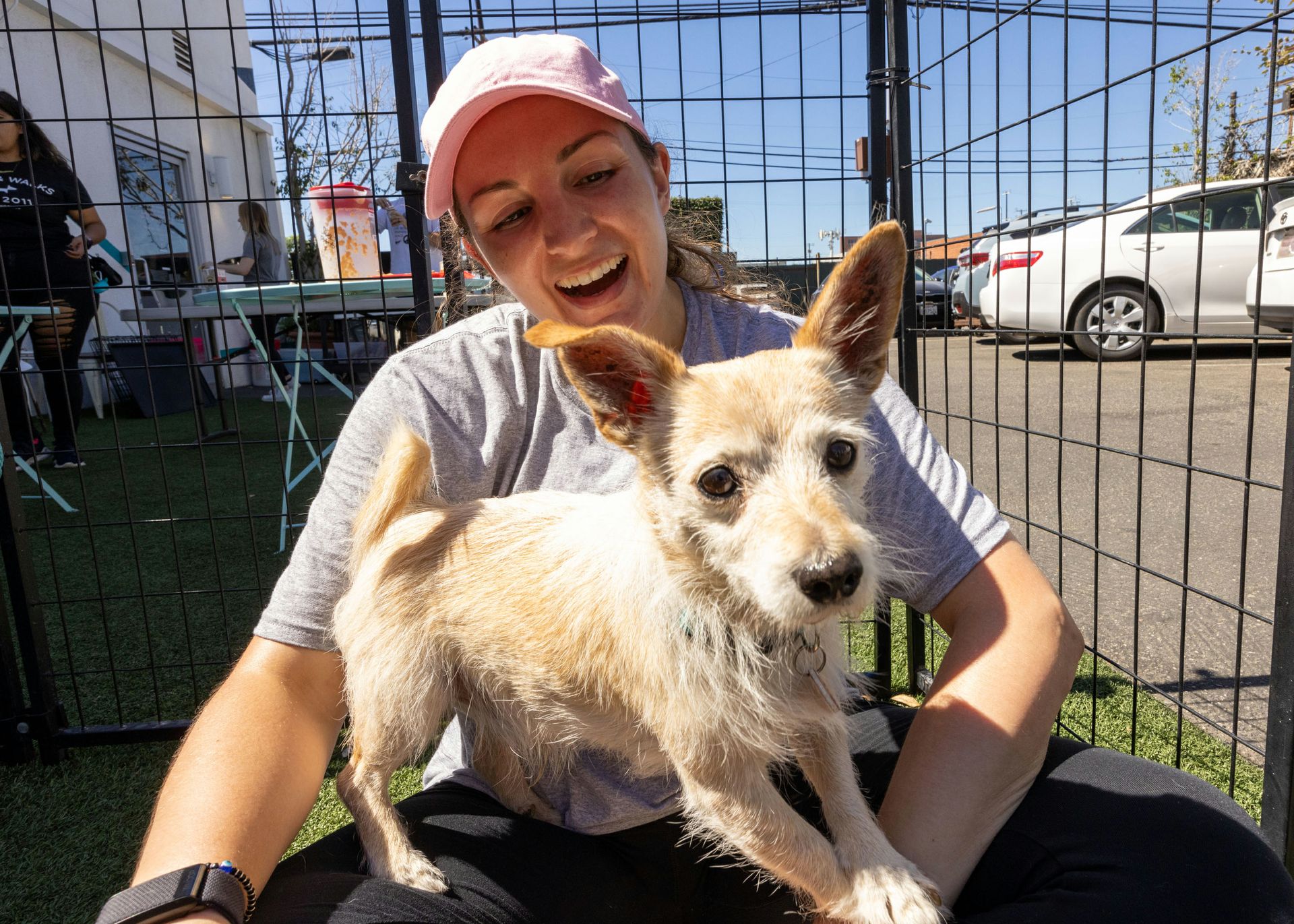 Reed Hutchinson/UCLA
At Wags and Walks dog shelter, volunteers from UCLA and USC helped give the pups some love and attention with walks and playtime. Volunteers also helped make new dog treats and toys.

Over the years, the UCLA and USC volunteer centers have contributed more than 644,000 service hours to the community.