A UCLA Extension instructor and his fellow archaeologists recently discovered a skeleton that yielded the first complete ancient genome ever found in Africa.

Matthew Curtis, who has been teaching anthropology classes at UCLA Extension since 2010, was co-principal investigator on a dig inside a cave in southern Ethiopia that revealed human remains some 4,500 years old. Those bones contained DNA that is markedly different from that of modern Africans, a discovery with profound implications for human genetic history. An article on their research was published in October in the journal Science.

David Goldman, program director for humanities and social sciences at UCLA Extension, noted that in Spring 2016, Curtis will be teaching a course that draws on his groundbreaking research in Africa.

“It’s a fantastic opportunity for students to learn from an instructor who’s expanding our understanding of the human past,” Goldman said. 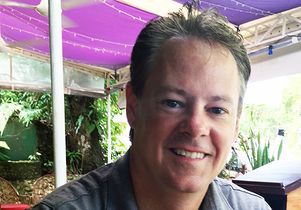 “My first love has always been teaching,” said Curtis, who earned his Ph.D. from the University of Florida. “One of the things that I absolutely love about UCLA Extension is the range of students and the experiences that they’ve had. You get people who are taking the classes just for the sake of learning.”

Curtis has been working in southern Ethiopia since 2005 with colleagues Kathryn Arthur and John Arthur of the University of South Florida, St. Petersburg, studying the Gamo ethnic group and the archaeology of the Gamo region. Their research focused on the continuity between living oral and material traditions in this highly caste-based society and the archaeological record.

Mota Cave, which Curtis and his colleagues began excavating in 2012, was a sacred space, according to the area’s oral tradition, and had been used as a refuge, even as recently as the Italian occupation of the 1930s.

“In a test excavation, we came upon the top of a stone cairn,” Curtis recalled. Inside the cairn was a full, somewhat fragmented skeleton, with his legs pulled up to his chest and his head resting on a piece of bedrock. The researchers knew that if DNA could be extracted from the man, whom they named “Bayira” (which means “firstborn” in the Gamo language), it would be significant find, not only because the oldest examples of Homo sapiens are found in the Horn of Africa, but because it could give new genetic context for the study of ancient interaction between human populations. 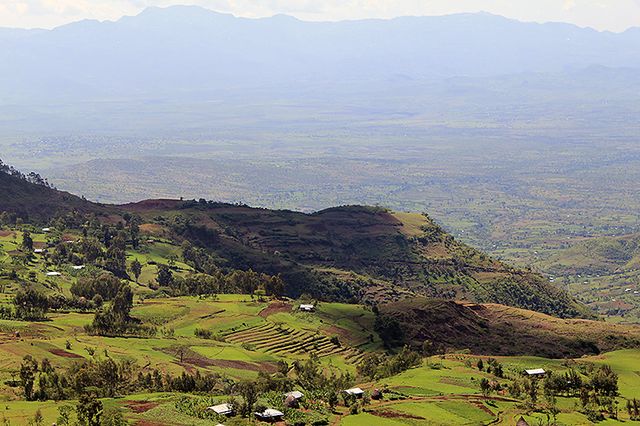 Matthew Curtis
Mota Cave in Ethiopia was a sacred space, according to the area’s oral tradition, and had been used as a refuge, even as recently as the 1930s.

According to the archaeological, fossil and genetic records, modern humans evolved in Africa before migrating to Asia and beyond. “About 3,000 years ago, there seems to be a significant flow of genes back into Africa that you can see in the living population,” Curtis explained. “Bayira [came] from more than a millennium before that backflow event.” An analysis revealed that Bayira had none of the West Eurasian genetic markers found in post-backflow African DNA — including that of modern Africans, Curtis said.

“This discovery is exciting for me on many different levels,” said Kevin Vaughn, associate dean of academic affairs at UCLA Extension and a visiting associate researcher in UCLA’s anthropology department. “As an archaeologist myself, the discovery is thrilling as it holds deep significance for our understanding of ancient migrations to and from this part of East Africa — always known as one of the cradles of humanity. That the discovery was made by one of our instructors makes it even more exciting.”