Letisia Marquez | June 27, 2014
Listen to the Tongva language being spoken. Toveemor was the name of a settlement in today's Palos Verdes area.

Citlali Arvizu, a descendant of Southern California’s Gabrielino-Tongva Indians, didn’t grow up speaking the Tongva language, but she’s hoping her children do.

"It’s a dream that one day we will have speakers, that we can really do a full blessing," said Arvizu, 35, of Anaheim.

Arvizu’s hope that an extinct language may someday live again lies in an unusual Facebook page. The Tongva Language page is maintained by Pamela Munro, a UCLA emeritus professor of linguistics, who posts words, phrases and songs in Tongva. 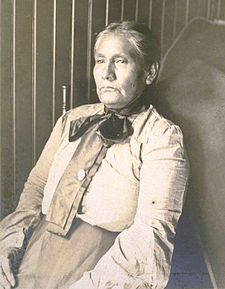 Native Tongva speakers once numbered thousands and inhabited areas throughout Southern California. But the language hasn’t been in use for about 50 years although there are words in our vocabulary derived from Tongva such as Pacoima, Cahuenga and Topanga.

To bring the language to life, Munro’s Facebook page introduces an audio of a new word, phrase or song daily, often recited by Munro. She’s included short songs she’s written, often with the help of Tongvan descendants, as well as audio on how to say "Happy Father’s Day" and other greetings.

More than 30 years ago, former UCLA linguistics professor William Bright turned over to Munro phonetic notes on the Tongva language dating as far back as the early 1900s. She’s also used accounts by explorers and scholars to learn words and grammar, but, sadly, there are no known audio recordings of native speakers, she said.

"There are many people who are interested in speaking Tongva but have no idea how to pronounce the words," she said. "The Facebook page is really helpful because we’ll share a word or a sentence, and people can then hear how it should sound."

Leanne Hinton, a UC Berkeley professor emeritus of linguistics and a consultant to the Advocates for Indigenous California Language Survival, said Munro’s Facebook page is unique — it’s the only one she’s heard of that deals with an indigenous language. 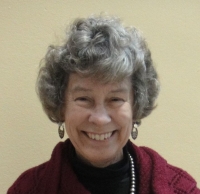 "Facebook is quite helpful in indigenous language survival in that it engages people who are interested in the topic," and especially helps younger people connect with the language of their ancestors, Hinton said.

Munro has also been an instructor at the Breath of Life Language Restoration Workshop that’s held at UC Berkeley every other year. At several of the weeklong conferences, Munro has worked with Tongva descendants on the language.

In addition, Munro meets on a monthly basis with members of the Gabrielino-Tongva Language Committee and works with them on Tongva grammar lessons and songs. Together, they also figure out the vocabulary of words.

Munro’s research has helped Tongva descendants such as Virginia Carmelo, Arvizu’s mother, learn how to say more Tongva words. Carmelo, who is a Tongva cultural expert, also worked with Munro to create short songs in Tongva such as "The Little Black Widow Spider," sung to the tune of the "Itsy Bitsy Spider." She visits schools to share the songs.

"We’re greatly indebted to Pam for the work she’s done," said Arvizu, who now teaches the songs to her daughters who both have Tongva names, Neshuun and Paahavet.