Robert Singleton was an African-American soldier in basic training in Augusta, Georgia, when he was ordered by a white driver to go to the back of a nearly empty public bus.

“I was being trained to protect that driver, and he didn’t even want me on his bus,” recalled Singleton, who later went on to earn an M.A. in 1962 and Ph.D. in 1983 from UCLA. “I felt like I was not a citizen of the U.S. … like I was serving a country that didn’t value me.”

After military service in Europe, Singleton set out to serve his country in a different way — by fighting injustice at home — when he led his wife, Helen Singleton, and eight other UCLA students, including Robert Farrell, on a history-making journey to join some 400 civil rights activists on what was called the Freedom Rides to challenge segregation in interstate travel in 1961. 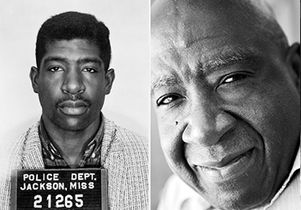 The Singletons and Farrell, who graduated from UCLA with a B.A. in 1961, are among those scheduled to return to campus Feb. 6 for “Journey to Change: From the Freedom Riders to Ferguson, Missouri,” a celebration and panel discussion in Royce Hall. Moderating will be UCLA law professor Cheryl Harris, chair of the Department of African-American Studies. Chancellor Gene Block is set to deliver welcome remarks. The event is being organized by UCLA Student Affairs, working with Alumni Affairs, Undergraduate Students Association Council and other student groups, and the Los Angeles Urban League.

“Journey to Change” grew out of discussions between the Singletons and leaders of the Afrikan Student Union and USAC. When students brought up the idea of honoring the Freedom Riders, Vice Chancellor for Student Affairs Janina Montero said she saw the importance of highlighting UCLA students’ role in this important historical chapter.  More than a history lesson, however, the event has evolved into an opportunity to reflect both on past activism and on the lessons it offers today.

“While we were working on the event, the grand jury decisions in the Michael Brown and Eric Garner cases came down,” said Denise Pacheco, student affairs executive officer who helped organize the panel. “One of our goals became asking, ‘What advice would you give community leaders working on these issues today?’ We don’t want to just honor the Freedom Riders; we want to hear from them.”

There's one piece of advice Robert Singleton said he would offer:  “Have the emotional discipline to work together.” Helen Singleton added:  “Do your research; understand the right tactics and strategies to use.”

The Singletons were savvy about the Freedom Riders’ strategy when they joined the protest that sent scores of civil rights activists into the Deep South via buses and trains to bring the issue of segregation in interstate transit facilities to the forefront of national attention. After the couple heard about the beatings that teams of early Freedom Riders were subjected to, they were convinced they needed to join the struggle to oppose the violence used to “keep the black community in a state of submission,” Helen Singleton recalled.

To Robert Singleton, it seemed clear that the Freedom Riders were at greater risk if they were outnumbered by those in violent opposition. “More numbers would mean more safety,” he concluded.

For the Singletons, joining the historic effort to challenge segregation was “a no-brainer.”  For their parents, however, it wasn’t so simple. When Helen called her mother to tell her she was leaving the next day for the South, her mother, fearing for her daughter's safety, asked,  “Why are you doing this?” 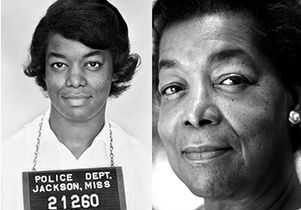 Helen Singleton said her mother relented after being told, “Mom, if you had done something, I wouldn’t have to.” Robert Singleton recalled that his mother cried silently when she was told of her son’s plans, knowing that he might face jail, violence and even death. But eventually she too gave her blessing.

Together, the UCLA students traveled to Jackson, Mississippi, where they were promptly arrested on July 30. Following a speedy trial on charges of disturbing the peace, they were sent first to a local jail and, days later, to Mississippi State Penitentiary in Parchman, where they were housed in maximum security down the hall from the gas chamber. Later, they were released.

Three months after their ordeal, the Interstate Commerce Commission, under pressure from U.S. Attorney General Robert F. Kennedy, issued an order to desegregate.

The Singletons are proud of the contribution their generation made to the civil rights movement and the inspiration the movement provided to other social justice struggles. Like many of their contemporaries, the three UCLA Freedom Riders have maintained a strong record of public service: Helen has worked in government and with nonprofits while Robert is an economics professor at Loyola Marymount University. Farrell served on the Los Angeles City Council from 1974-91.

Today, the Singletons say they are concerned about racial profiling and the use of force by police, as well as the 2013 U.S. Supreme Court decision blunting the Voting Rights Act of 1965, one of the civil rights movement’s most important victories. They fear the pendulum of history is now swinging in the wrong direction.

Today’s youth “have more tools for change than we had,” Helen Singleton said, “but the obstacles are less visible.”

Admission to the event is free and open to the public. To attend, register at http://giving.ucla.edu/FreedomRiders by Wednesday, Feb. 4.