The UCLA chapter of the Society for Advancement of Chicanos/Hispanics and Native Americans in Science (SACNAS) has been selected to receive two awards from the national organization.

SACNAS at UCLA will receive a 2016 Chapter of the Year Award as well as a 2016 Chapter Role Model Award from SACNAS, the largest multicultural and multidisciplinary STEM (Science, Technology, Engineering and Math) diversity organization in the nation. Each year, SACNAS recognizes chapters that have demonstrated outstanding achievements throughout the year. Out of 115 university chapters nationwide, UCLA is one of seven that will receive awards during the organization's National Diversity in STEM Conference in Long Beach on Oct. 13-15. Additionally, the UCLA chapter will be presenting on best practices at the conference. 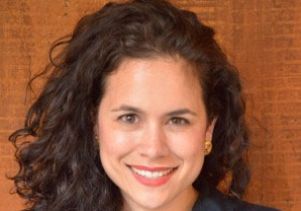 Diana Azurdia, associate director of the UCLA Graduate Programs in Bioscience, serves as adviser to SACNAS at UCLA, which seeks to increase the number of highly trained underrepresented biomedical and behavioral scientists in leadership positions to significantly impact the health-related research needs of the nation. Roberto Naranjo, a third-year chemical engineering student, is the UCLA chapter’s president.

SACNAS at UCLA also received a SACNAS Chapter of the Year Award in 2015.