The early, chaotic days of the COVID-19 pandemic left us panic-stricken and confined to our homes in fear of the very air we breathed. As the crisis unfolded, the nation’s health policymakers and public health officials received a blunt, forceful warning.

Once the World Health Organization had declared COVID-19 a global pandemic, Chandra Ford, a professor in the UCLA Fielding School of Public Health, warned in an open letter that the pandemic would lay bare the devastating health disparities for people of color and those living on the margins.

Prioritize the needs of vulnerable populations at each stage of the response, Ford and her colleagues urged. Give them a seat at the leadership table, and listen to the perspectives of those who belong to racial and ethnic minority and immigrant communities. When forming policy, consider the concerns of the poor, the incarcerated and Asian Americans, with the latter group already the subject of abuse and harassment.

Sadly, that prediction by Ford — founder of the UCLA Center for the Study of Racism, Social Justice & Health — is now reflected in the disproportionate rates of infection and deaths in communities that are hampered by limited access to resources.

“We believe it is important to say, ‘We told you so,’” the center responded in a statement on the one-year anniversary of the pandemic. “We believe inequities in the COVID-19 pandemic reflect the devaluation of Black, Indigenous and people of color communities and the routine dismissal of our perspectives.”

Ford and her team are leaders of a cadre of researchers, scholars and health equity advocates focused on identifying and erasing health disparities. They’re at the vanguard of a growing movement to build equity in health.

“I’m optimistic because I am committed to taking one good step each day,” Ford told UCLA Public Health Magazine. “I have faith that others will join my colleagues and me on that path — and through that process we will get to something that is far better than what any of us right now can imagine.”

“It was absolutely critical to me that this center have the word ‘racism’ in its name and that it be rooted in public health, not in the social sciences, ethnic studies or in the university more broadly.” 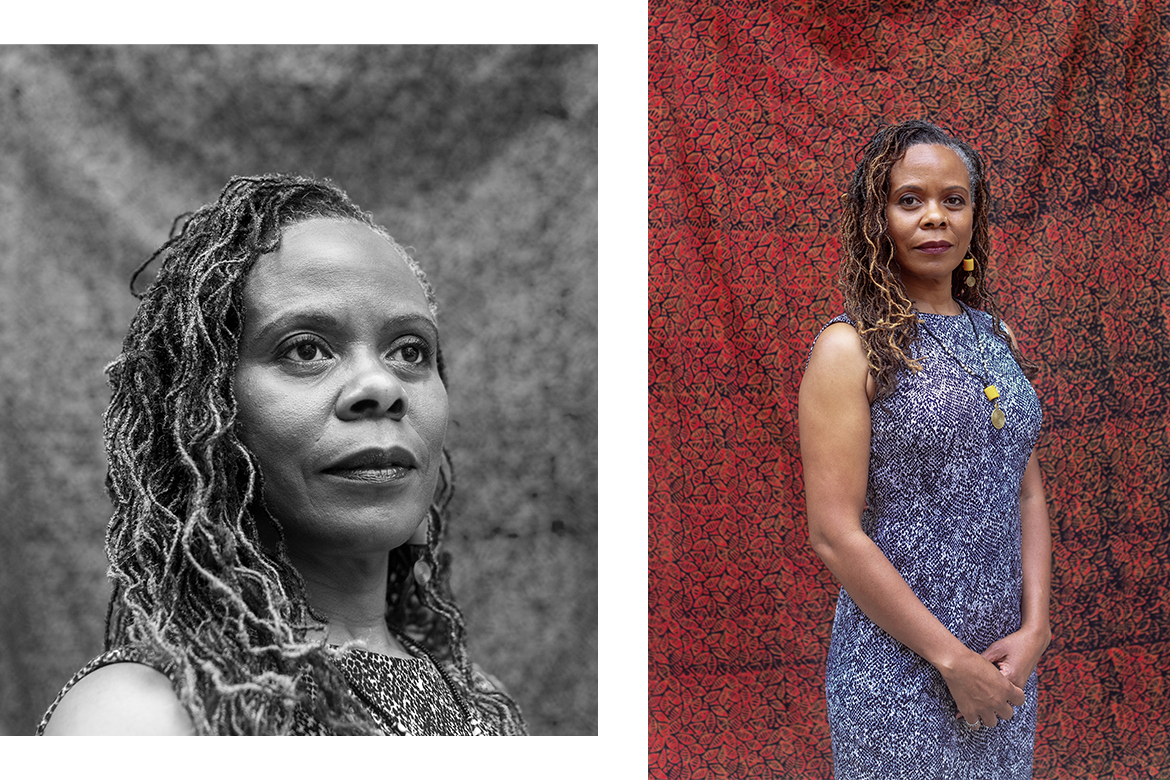 In 2017, after more than a decade of researching the impact of racism on health, Ford founded the first center in any school of public health to explicitly name racism as its primary field of study. This was at a time when the public health community discouraged use of the term.

“It was absolutely critical to me — and this is something I really had to insist on — that this center have the word ‘racism’ in its name, and that it be rooted in public health, not in the social sciences, ethnic studies or in the university more broadly,” Ford says. “My goal is not to be sensational … but to have our name reflect and guide our vision and mission and to build a movement toward achieving equity by doing anti-racism research, teaching and service — community engagement.”

To achieve equity in public health, she says, it is necessary to value all individuals and populations equally and to address power imbalances that prevent everyone from being healthy.

“I honestly believe the field of public health can lead in addressing racism in many ways,” says Ford, who has developed tools to study how racism affects health. “For so long, racism has been treated as a social issue or a political one. Right now, we are seeing that this is a public health issue, and there are public health tools and conventions that can be applied to it.”

Validation of racism’s role in the pandemic came on April 8 when Rochelle Walensky, director of the Centers for Disease Control and Prevention (CDC), declared racism a public health problem, underlying the disproportionate rates of COVID-19 cases and deaths among people of color. While the virus was the known culprit that claimed the lives of more than 500,000 Americans, it cruelly took advantage of health and societal inequities that have existed for generations. The pandemic “revealed for all of America a known, but often unaddressed, epidemic impacting public health: racism,” Walensky wrote in her media statement.

Although hopeful, Ford remains cautious about whether real progress will result from the CDC’s declaration that racism is a serious threat to public health. Nevertheless, she calls the move “a historic and notable achievement.”

Ford strongly feels that words, even well-intentioned ones, have sometimes become a poor substitute for action.

And while conditions are generally improving in the fight against COVID-19, “we can only think of it as ‘an improvement’ if we ignore the terrible road we have [traveled] thus far,” Ford says. “That story is not just about what happened in the past. It’s also about where we stand today. Prior to the pandemic, there was already a segregated distribution of health care facilities.”

During the early months of the pandemic, low-income communities of color had fewer testing sites than wealthier, whiter areas. Even when people could get to testing facilities, their concerns were not always taken seriously, and many were turned away.

“There is almost always racial scapegoating in epidemics. When there’s a new disease or a threatening condition, the mainstream tends to blame it on a marginalized population.” 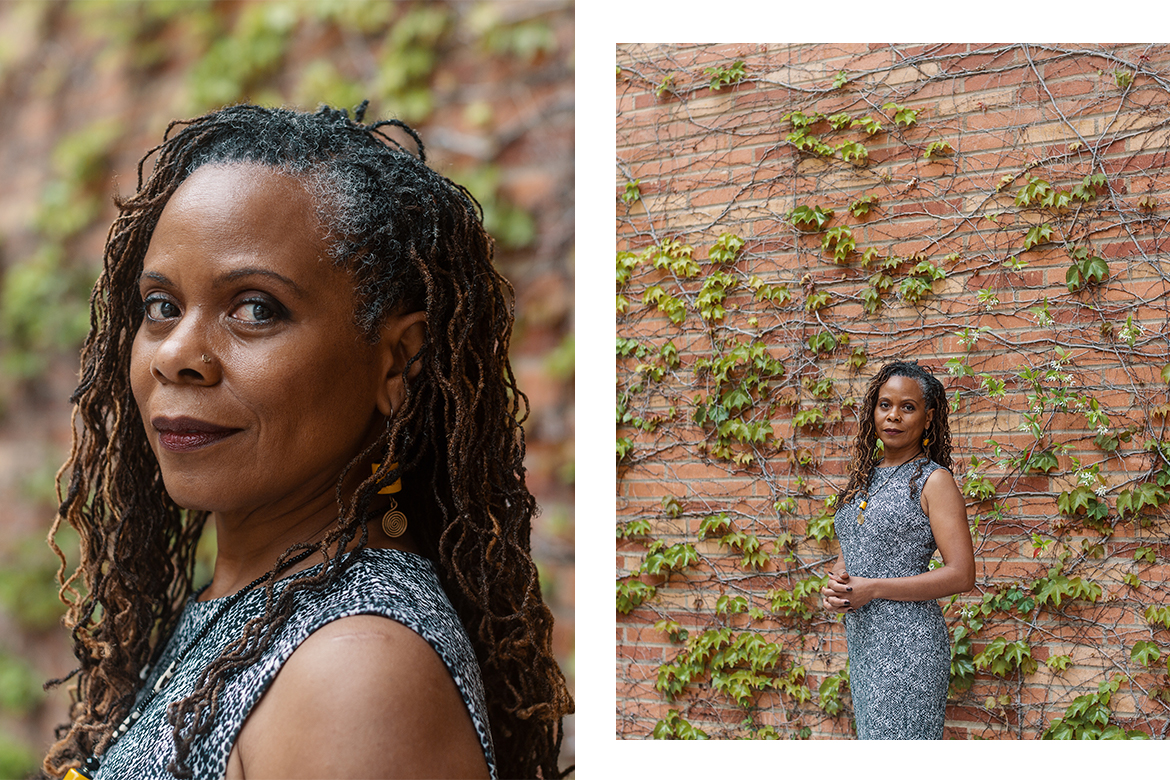 As people began to blame the pandemic on China, where the first-known COVID-19 cases were detected, Asian Americans became the target of racist taunts and violence. Scapegoating of a specific ethnic or racial group was predictable.

“In general, there is almost always racial scapegoating in epidemics,” Ford says. “It’s a very common pattern. When there’s a new disease or a threatening condition, the mainstream tends to blame it on a marginalized population.”

Ford’s center was quick to take action. In March 2020, the center established the COVID-19 Task Force on Racism and Equity, in partnership with the Charles R. Drew University of Medicine and Science’s department of urban public health. In addition to conducting online focus groups and interviews to document the experiences of racial and ethnic minorities, the group is retrieving large amounts of data from social media, particularly Twitter, to track how people are talking about the intersection of racism and COVID-19.

In 2021, a team of researchers co-led by Ford and Howard University’s Monica Ponder, an epidemiologist with expertise in crisis communications, received a $1.7 million grant from the CDC Foundation. The grant will enable the team to develop ways to monitor and respond in real time to COVID-19–related social stigma and discrimination in marginalized and disadvantaged populations. Known as Project REFOCUS, the endeavor, which will involve the task force, will provide public health practitioners with educational resources and model communications to help counter these barriers. The center also helped shape a bill that would create a national center on anti-racism at the CDC, with the bill introduced last September by Sen. Elizabeth Warren, Rep. Ayanna Pressley and Rep. Barbara Lee.

Part of a second generation of scholars studying racism in public health, Ford has created a space at UCLA where faculty and students from various disciplines can share ideas without having to “provide a rationale for doing the work or defining all the terms needed to understand what it is we’re even talking about,” she says.

Yet she feels positive about progress. In 2019, APHA Press, an imprint of the American Public Health Association, released Racism: Science & Tools for the Public Health Professional, a book co-edited by Ford. The book’s contributors included 10 UCLA public health faculty members, doctoral students and alumni, as well as community organizers and other researchers. The book was named one of 2020’s outstanding academic titles by Choice, a journal of the American Library Association.

Ford is encouraged by her students, for whom she has spent many hours creating a welcoming hub in the Center for Health Sciences building, ready to receive them when they return.

“It warms my heart to see them,” says Ford, who received the Faculty Teaching Award from the school’s Public Health Student Association in 2019.

She recently came across a photograph of doctoral students who were involved in the Racism book project, all of whom were people of color researching racism and health.

“I realized I had never seen anything like that in my entire career … certainly not on the campus of a predominantly white institution. I suddenly got butterflies and chills all over me,” she says. “At that moment, I realized that I actually was living part of the dream I had for this center.”