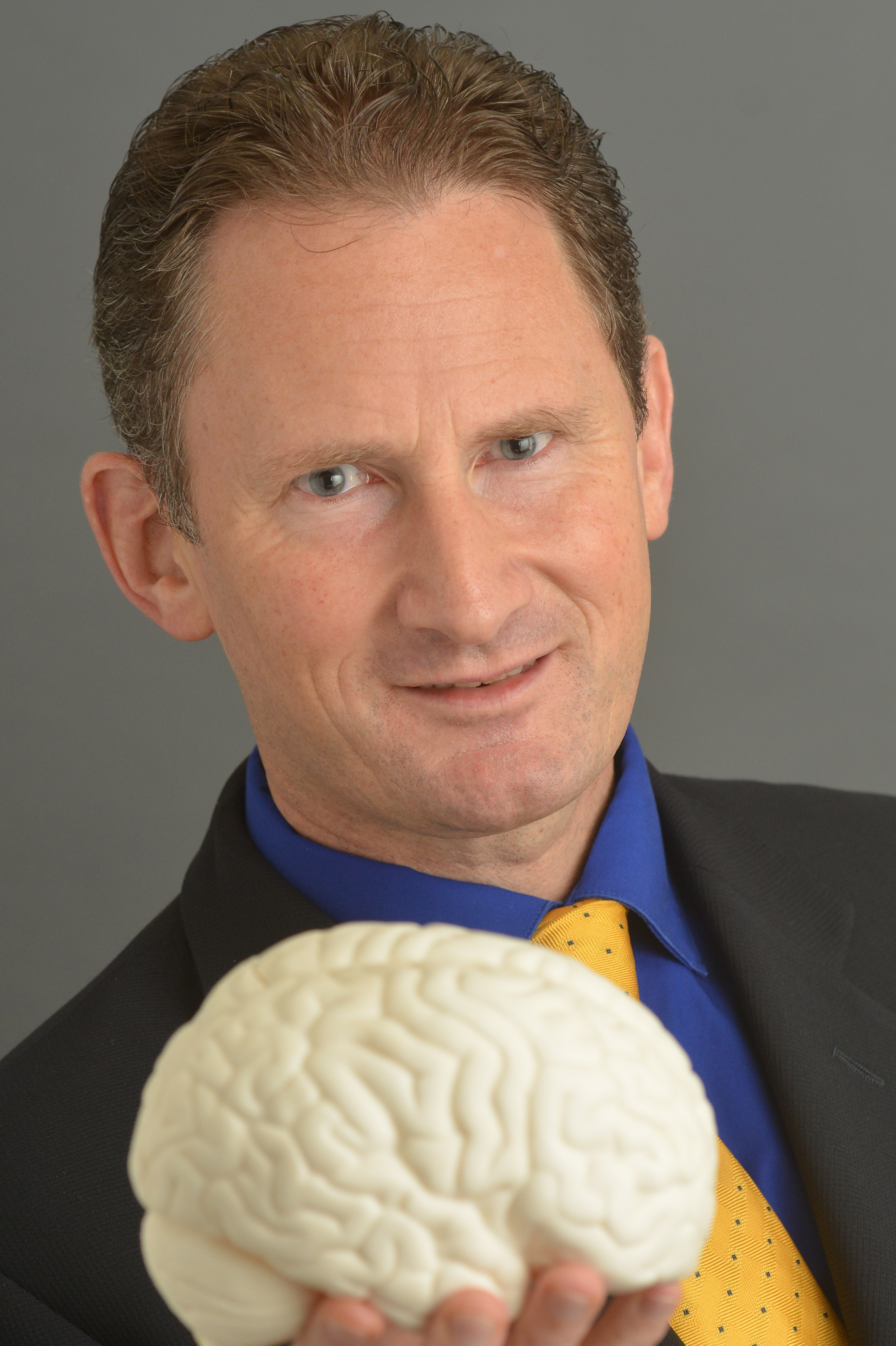 A region of the brain that helps to manage body functions including stress, heart rate and blood pressure reacts differently between men and women when presented with certain stimuli, according to a new study from the UCLA School of Nursing.

The findings suggest that cardiovascular diseases also may manifest differently in women and men, which ultimately could affect how they should be diagnosed and treated.

The study, led by Paul Macey, associate professor of nursing, is published in the journal Biology of Sex Differences. In the study, functional MRI, or fMRI, scans were done on volunteers while they performed hand-grip exercises, which raise blood pressure and heart rate through signals from the brain. Used primarily in research, an fMRI uses magnetic resonance imaging technology to measure brain activity by detecting changes in the blood flow.

The researchers found that the portion of a brain region called the insular cortex (which is made up of gyri, or folds) showed differences in activity between men and women. In women, the right side of the front insular gyrus was activated by the hand-grip exercise more than men, who instead had a greater left-side activation of the same region. Women showed a higher resting heart rate than did males, but didn’t have as great a heart rate increase when challenged with the hand-grip exercise.

“With the hand grip, the differences were in the left side of the brain, while in the Valsalva study, the differences appeared on the right side, which was a surprise at first,” Macey said. “What both studies show, however, is that healthy men’s and women’s brains respond differently, so we may have to re-evaluate separately in men and women what constitutes a disease state versus a healthy state to see if people are more or less vulnerable to cardiovascular illness according to their sex.”

The research also sheds more light on the functions of the insular gyri. This middle area of the brain had been difficult to test until recently through imaging techniques, Macey said. Today, the region is studied for its roles in self-awareness and stress, as well as cardiovascular control.

Macey and his colleagues are continuing to map the functions of this area, and make connections between changes and the risks of a wide range of diseases.

Macey’s colleagues in the study are Nicholas Rieken, Jennifer Ogren, Katherine Macey, Rajesh Kumar and Ronald Harper, all of UCLA.

The study was funded by a grant from the NIH National Institute of Nursing Research (NR013693).