Organic chemists at UCLA have created the first synthetic version of a molecule recently discovered in a sea sponge that may have therapeutic benefits for Parkinson’s disease and similar disorders. The molecule, known as lissodendoric acid A, appears to counteract other molecules that can damage DNA, RNA and proteins and even destroy whole cells.

And in an interesting twist, the research team used an unusual, long-neglected compound called a cyclic allene to control a crucial step in the chain of chemical reactions needed to produce a usable version of the molecule in the lab — an advance they say could prove advantageous in developing other complex molecules for pharmaceutical research.

Their findings are published today in the journal Science.

“The vast majority of medicines today are made by synthetic organic chemistry, and one of our roles in academia is to establish new chemical reactions that could be used to quickly develop medicines and molecules with intricate chemical structures that benefit the world,” said Neil Garg, UCLA’s Kenneth N. Trueblood Professor of Chemistry and Biochemistry and corresponding author of the study.

A key factor complicating the development of these synthetic organic molecules, Garg said, is called chirality, or “handedness.” Many molecules — including lissodendoric acid A — can exist in two distinct forms that are chemically identical but are 3D mirror images of each other, like a right and left hand. Each version is known as an enantiomer.

When used in pharmaceuticals, one enantiomer of a molecule may have beneficial therapeutic effects while the other may do nothing at all — or even prove dangerous. Unfortunately, creating organic molecules in the laboratory often yields a mixture of both enantiomers, and chemically removing or reversing the unwanted enantiomers adds difficulties, costs and delays to the process. 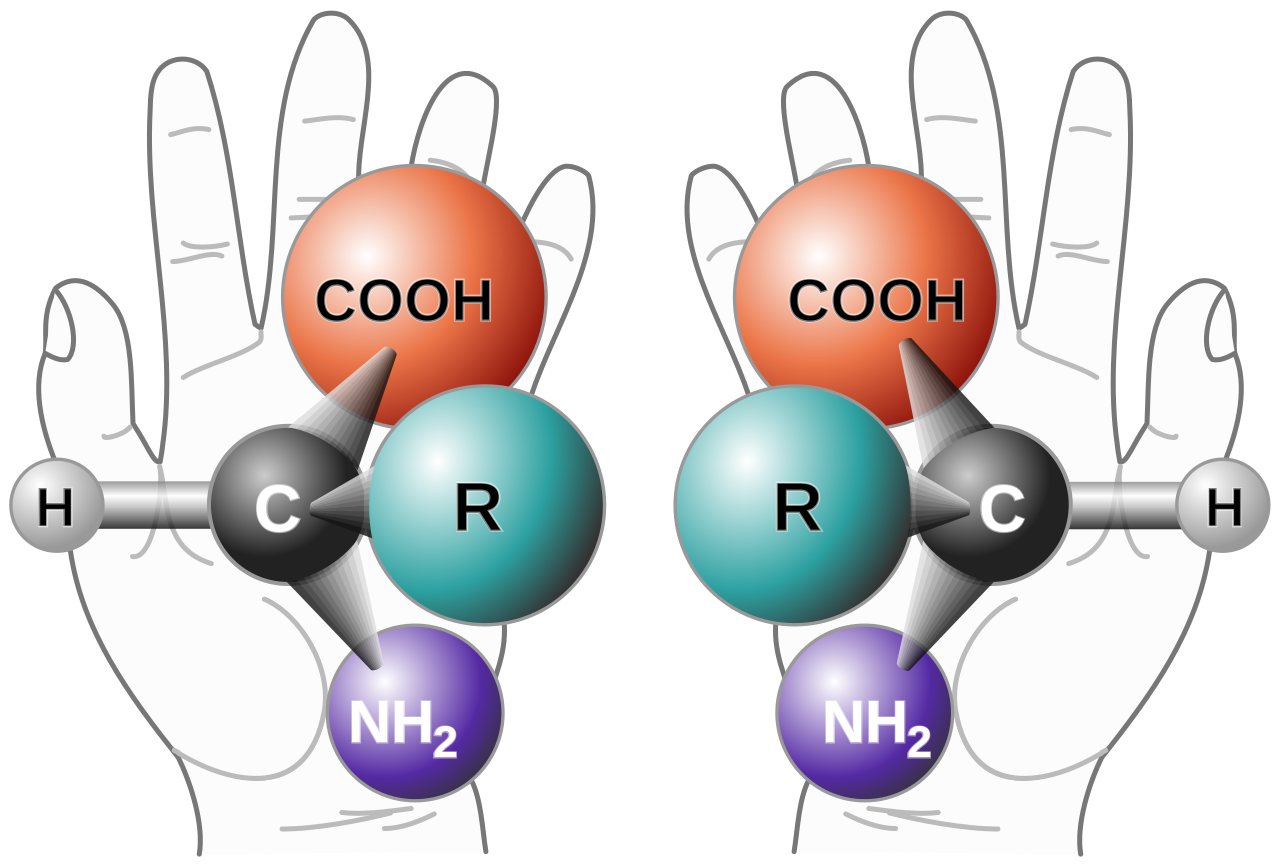 NASA
This image illustrates how molecules in nature — in this case, a generic amino acid — can have two enantiomers, or mirror-image versions.

To address this challenge and quickly and efficiently produce only the enantiomer of lissodendoric acid A that is found almost exclusively in nature, Garg and his team employed cyclic allenes as an intermediate in their 12-step reaction process. First discovered in the 1960s, these highly reactive compounds had never before been used to make molecules of such complexity.

“Cyclic allenes,” Garg said, “have largely been forgotten since their discovery more than half a century ago. This is because they have unique chemical structures and only exist for a fraction of a second when they are generated.”

The team discovered that they could harness the compounds’ unique qualities to generate one particular chiral version of cyclic allenes, which in turn led to chemical reactions that ultimately produced the desired enantiomer of the lissodendoric acid A molecule almost exclusively.

While the ability to synthetically produce an analog of lissodendoric acid A is the first step in testing whether the molecule may possess suitable qualities for future therapeutics, the method for synthesizing the molecule is something that could immediately benefit other scientists involved in pharmaceutical research, the chemists said.

“By challenging conventional thinking, we have now learned how to make cyclic allenes and use them to make complicated molecules like lissodendoric acid A,” Garg said. “We hope others will also be able to use cyclic allenes to make new medicines.”

UCLA/Garg Lab
Allenes usually keep their carbons in a straight line, but bending one (blue) into a ring allowed the researchers synthesize the desired enantiomers of lissodendoric acid A.