Kenyan entrepreneur Dysmus Kisilu and his business, Solar Freeze, received the 2022 Pritzker Emerging Environmental Genius Award from the UCLA Institute of the Environment and Sustainability.

Kisilu’s company rents solar-powered coolers to reduce waste, curb carbon emissions and improve the marketability of crops on small, rural farms in Kenya. He was honored during a ceremony at the UCLA Meyer and Renee Luskin Conference Center on Nov. 10.

“To the smallholder farmers that I work with, this is for you,” Kisilu said.

The Pritzker Award, which is presented annually, carries a prize of $100,000 that is funded through a portion of a $20 million gift to UCLA from the Anthony and Jeanne Pritzker Family Foundation. It is the field’s first major honor specifically for innovators under the age of 40 — those whose work stands to benefit most from the prize money and the prestige it conveys.

Kisilu co-founded Solar Freeze in 2018, bringing solar-powered cold storage to small Kenyan farms — enabling them to reduce food waste without increasing carbon emissions. The storage units, which are made using old shipping containers, allow farmers to preserve perishable produce inexpensively, giving them leverage to sell harvests after times of peak production when they command higher prices, which can help maximize their profits.

The company aims to further its mission with a new mobile app and by expanding to other parts of Africa.

Kisilu was nominated by Jaime Carlson, a senior advisor in strategy and investment at Softbank Energy, a business that promotes the spread of renewable energy. Carlson said she was struck by how Kisilu “thinks deeply and thoughtfully” to create solutions that fit local communities and market conditions.

The Pritzker Award was launched in 2017, and for the first time since 2019, the presentation was held in person — the 2020 and 2021 events were streamed online due to the pandemic. The 2022 award celebration was kicked off earlier in the day by a series of discussions among UCLA experts and international environmental leaders.

Marilyn Raphael, director of UCLA Institute of the Environment and Sustainability, saluted Kisilu, the other nominees, and the other innovators and scholars who attended the award ceremony.

“You have already touched many lives, and what you do every day will touch lives and inspire environmental heroes for generations to come,” she said.

The other two finalists for the award were Resson Kantai Duff, a conservationist who fosters understanding and stewardship of nature in communities that live among lions; and Tiana Williams-Clausen, director of the Wildlife Department of the Yurok Tribe, who is helping to restore wildlife to Yurok lands around the Klamath River. 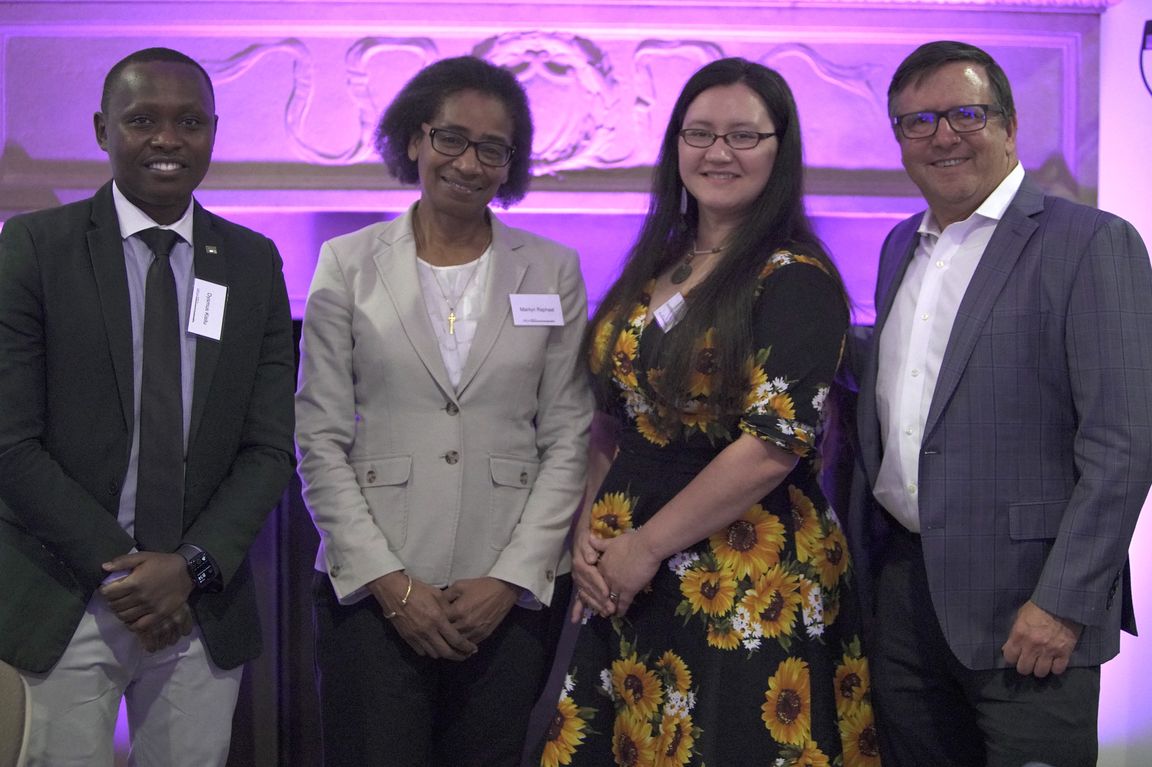 The distinguished panel of judges who chose Kisilu as this year’s winner was made up of Kara Hurst, head of worldwide sustainability at Amazon; Chanell Fletcher, deputy executive officer of environmental justice at the California Air Resources Board; Lori Garver, CEO of the Earthrise Media; and Ida Levine, lead expert on policy and regulation for the board of Impact Investing Institute.

Kisilu’s honor was presented by Tony Pritzker, who founded the award and is a member of the Institute of the Environment and Sustainability’s advisory board.

“The objective of all this is to honor you at such a great point in your lives — giving you the opportunity to take it to the next level,” Pritzker said.