They are on the front lines, fighting, each and every day, to deliver us from doom.

Amid globally climbing temperatures that have triggered a glacial retreat, deadly heat waves, decreased snow cover, rising sea levels, destructive fire seasons and dying coral reefs — it is their voices that are breaking through, their work that is making a difference. They are the new stewards of a planet attempting to confront changes wrought by pollution, indifference and human carelessness.

The Pritzker Emerging Environmental Genius Award was launched in 2017 to reward these passionate crusaders. Managed by the UCLA Institute of the Environment and Sustainability, each year the award provides a grant of $100,000 to someone under the age of 40 who is achieving environmental solutions through research, art, engineering or business. The 2022 winner will be announced in November.

Funds for the award are part of a $20 million gift to UCLA from the Anthony and Jeanne Pritzker Family Foundation, a guiding force in Los Angeles philanthropy and a leading supporter of the university. Tony Pritzker, the founder and chair of the award, calls it “an early investment in our future.”

As you can see, it’s paying off.

As a teenager, Farwiza Farhan often snorkeled in the gorgeous turquoise waters off the coast of the Indonesian island of Sumatra, enamored with the wonders and mysteries of the ocean. “When I witnessed the beauty of the coral reef and the colorful fish that live within it, I thought I wanted to find work that would allow me to do this for the rest of my life,” she says. “But then I learned that it’s not actually that simple.”

Simple, no. The roots of a lifelong passion? Yes. After earning her bachelor’s degree in marine biology from Universiti Sains Malaysia in 2007, the 36-year-old returned to Sumatra in 2011. “I went back to the place where I fell in love with the ocean for the first time to see that a changing climate and warming ocean had taken its toll,” she says. “A lot of the reef had bleached and died. And that made me feel powerless.”

So she embarked on a mission: to protect the Leuser Ecosystem, the last place on the planet where tigers, elephants, rhinos and orangutans live together in the wild. In 2012, she founded the nonprofit organization HAkA — which stands for Hutan, Alam dan Lingkungan Aceh, Indonesian for Forest, Nature and Environment of Aceh. Through HAkA, Farhan has worked on a cluster of cases to fight deforestation. In 2013, HAkA fought — and won — a court case to save Tripa, the northernmost peat swamp in Sumatra’s Leuser Ecosystem. The swamp, in what is called the “orangutan capital of the world,” was being destroyed to make way for palm oil facilities, with devastating consequences for the wildlife there. The case resulted in a fine of nearly $30 million for environmental damages.

Farhan’s ultimate vision is as simple and as beautiful as the terrains she defends. “I wish that one day,” she says, “we would look at protected areas and see them as places where people could thrive and coexist together.” 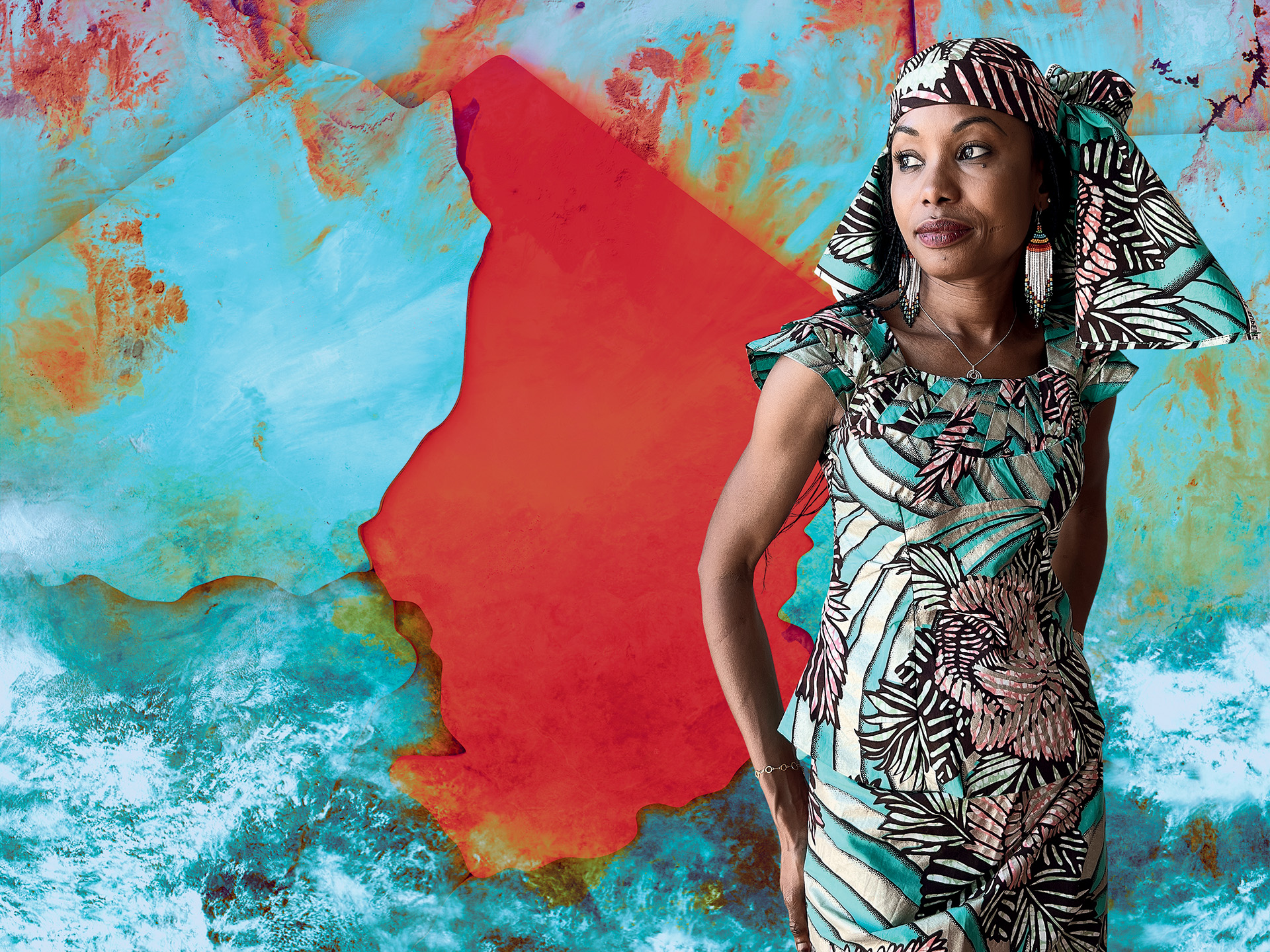 For an Indigenous girl from the Mbororo pastoralist community in Chad, Hindou Oumarou Ibrahim was unusual — it was rare for girls to go to school. But when the opportunity came, she seized it. It pushed her to amplify the voices of other Indigenous women, many of them unsung climate change warriors.

“Most women in my community did not go to school,” she says. “Most of them deserve a Ph.D. for their unique knowledge about protecting the environment.”

Ibrahim has spent the last 20 years fighting to bring awareness to the disparities Indigenous people face due to climate change. Women are challenged to collect food and water as they watch watering holes and pastures dry up in the Sahel; conflict has erupted among farmers, cattle herders and fishermen as each group fights for vanishing resources. “We cannot talk about human rights,” she says, “if we don’t talk about environmental rights.”

Ibrahim, 38, is no stranger to being honored for her work. Long part of global policy discussions about climate and sustainability, she has been recognized as a National Geographic Explorer, served as a Senior Indigenous Fellow for Conservation International, and was a member of the Advisory Committee for the United Nations Secretary-General’s 2019 Climate Action Summit. In 2016, she witnessed the signing of the Paris climate accord.

But it was the Pritzker that enabled her Chad-based nonprofit, the Association for Indigenous Women and Peoples of Chad, to inject funding into a mapping system covering a large area around Lake Chad. Using satellite imagery, it identifies areas of clean water and crops that are drought resilient. It also shows areas considered to hold spiritual and sacred meaning. In sum, it’s literally a critical road map for sustainability in the region.

“Indigenous peoples are the front line of climate change, because our way of living depends on nature,” she says. “So the world must not see us only as the victim, but as the solution.” 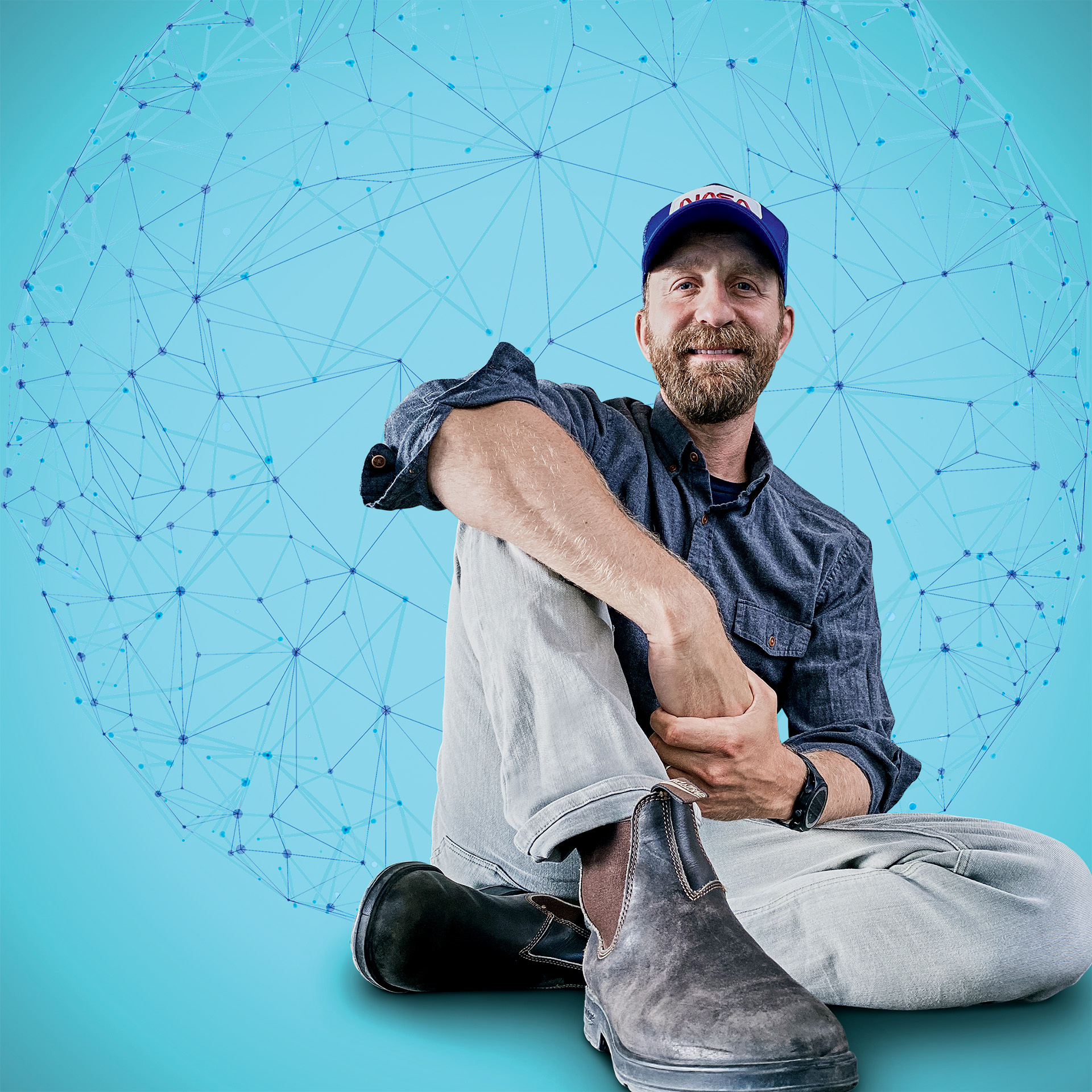 Dan Hammer was sitting on a paddleboat on the Potomac River at the age of 9 when, gliding through emerald waters, he felt a sudden connection to his surroundings.

“There’s noise on the water — there are birds and ducks — but none of it’s directed at you,” he says. “To me, it was as close to one of those Tibetan mandalas that I could ever possibly get to: just the same thing over and over again — the world passes around you, not at you.”

As a freshman at Swarthmore College, he took his first environmental economics class; as the years passed, his passion to tell Earth’s story grew.

Hammer’s career has taken him from scrappy nonprofits to the West Wing of the White House. His mission: to help journalists gain access to vital images of climate change and to bolster their storytelling about it. It was, he says, “the one thing I could do in service of the environment.”

He co-founded Earth Genome, a nonprofit that provides environmental data to corporate leaders, government officials and investors. He also served as a senior policy advisor in the Obama administration’s Office of Science and Technology Policy, and he was a Presidential Innovation Fellow at NASA.

Five years after winning the very first Pritzker prize, Hammer, 38, is still aiding storytellers. He’s working as a data scientist at Earthrise Media, which he co-founded in 2017. The organization provides satellite imaging to environmental journalists to vividly illustrate the detrimental effects of climate change.

He acknowledges that the climate debate has become political, but he sees progress coming. “We’re going to know a lot more about the world in a way that everyone can at least agree on. People can disagree as to why it happens and what the drivers are and what to do about it,” he says, “but at least we can start from a common understanding of what’s happening.” 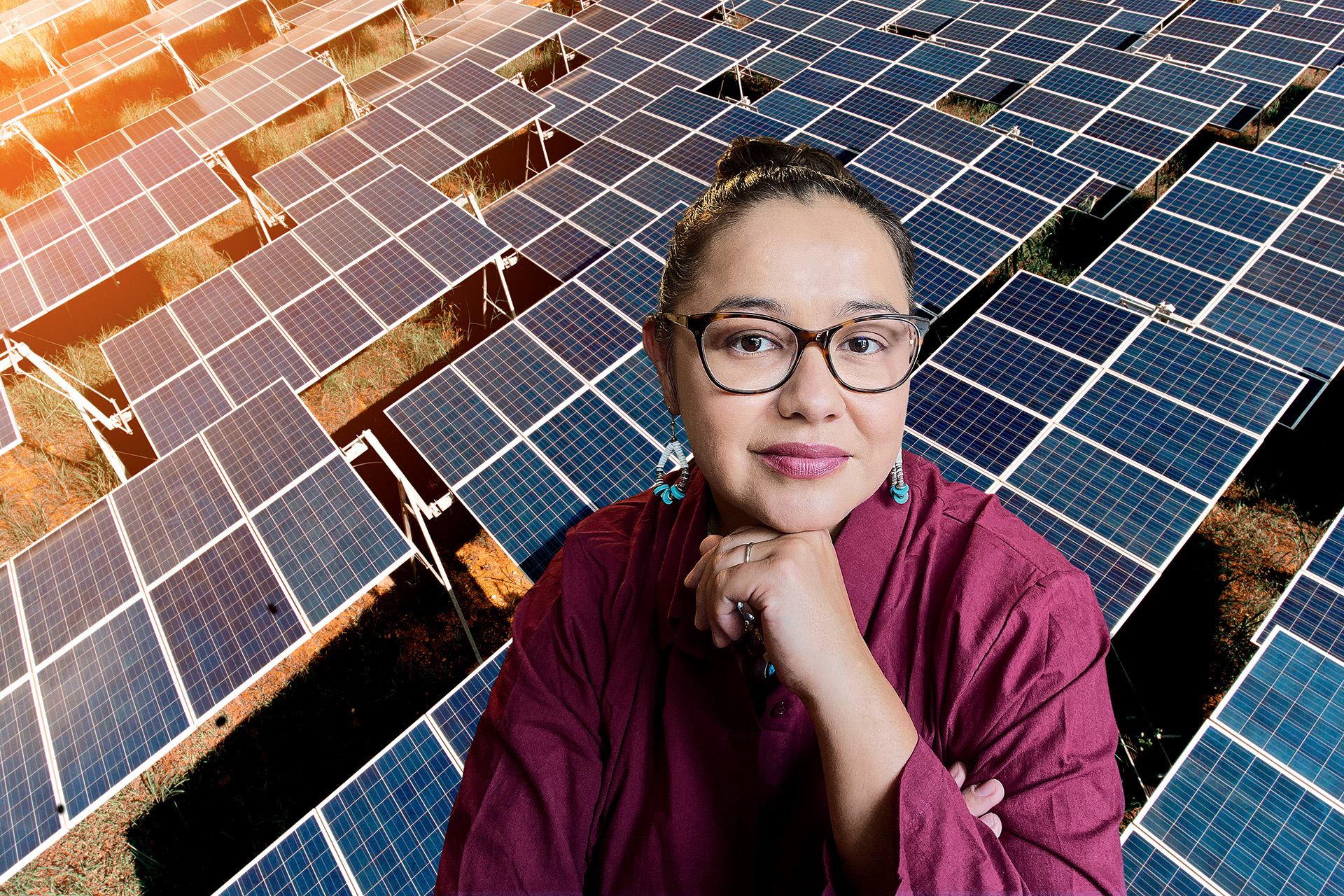 Raised without running water or electricity, as a girl Clara Pratte would look overhead at the power lines that ran above the Tsé Si Aní reservation, all leading somewhere else. She thought, There must be a better way to do this — a better way to use the Earth’s resources to power tribal lands.

“From a young age, I felt that the tribal nations had a lot of natural resources, but we were not at the table to decide how to utilize them,” Pratte says. Instead, the nations were “left with the burden of what happens with extracting resources like uranium and coal — ash and other environmental hazards.”

A vast warren of abandoned uranium mines is located on Navajo Nation lands. Radon was detected in Pratte’s own family home and in the well from which they drew water.

Pratte dreamed of a self-sustaining Navajo Nation and had a vision of how to make it happen. After graduating from the University of Arizona, she founded a consultancy, Strongbow Strategies, to help strengthen small businesses within the Navajo Nation, which is situated on a sprawling, 27,000-square-mile-territory that spans Arizona, New Mexico and Utah. Pratte later earned a master of science degree in public policy and management from Carnegie Mellon University. Her interest in public policy led to her role as a Navajo Nation executive director in Washington, D.C., as well as a role as Joe Biden’s campaign director for tribal engagement. The list goes on.

In her role as the head of Navajo Power, a public benefit company that also advises on issues ranging from economic disparities to tribal sovereignty, Pratte, 43, has dedicated the past four years to helping it transition to large-scale solar energy. She calls winning the Pritzker Award “a total surprise,” one that continues to pay dividends as she invests some of the prize money back into her solar projects.

“I think that tribal people now are going to be the economic engine of the country,” she says. “I just want to be a part of that journey.” 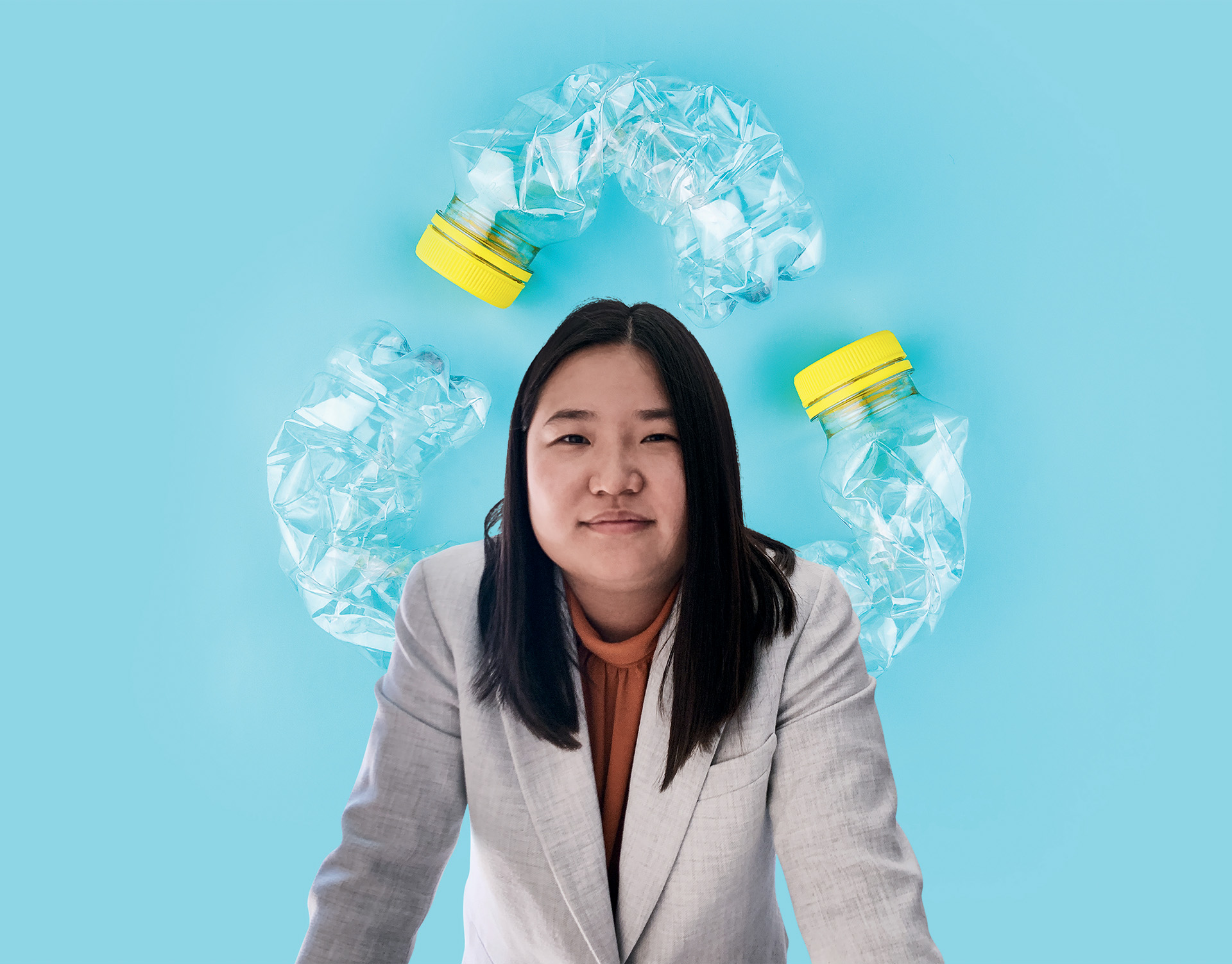 Few people can claim they discovered their life’s work during adolescence. But Miranda Wang is one of them.

Before settling in Vancouver, Wang’s Chinese parents moved her around the world; she switched elementary schools five times. Always navigating new environments, she tested the rules and asked “too many questions.” She sometimes ended up in detention as she struggled to fit in. She eventually found her footing in an unexpected place: a middle school environmental club. Throughout high school, Wang became increasingly interested in the environment. She spent every free moment outside class attending field trips to observe salmon migrations, or conversing with her science teachers. A proverbial lightbulb flicked on. This was something she could spend her life doing.

“It was this association of the people that I really respected and admired,” Wang says. “It is also just really fun to be able to see a positive difference being made.”

In 2015, with her high school pal Jeanny Yao (the two were “interested in the plastic problem as early as 2011”), she co-founded Novoloop, an upcycling company that breaks down plastics into valuable base chemicals. At the age of 24, Wang received the Pritzker award for inventing the innovative technology that Novoloop uses today. This year, Novoloop raised $21.5 million in funding and doubled its workforce to 22 people. It’s just the beginning. “We’re all about building the circular economy and developing scaling technologies that are needed in this century,” Wang says.

And in an age where climate doomsdayers far outnumber optimists, count Wang, 28, among the latter. “I think humans are going to be able to not only survive on this planet for many, many more generations, but I think it’s the first step to being able to expand human civilization throughout the universe,” she says. “But we can’t do that if we don’t figure out how to keep our climate under control.”