One in five school-age children are obese, which raises their risk for diabetes, heart disease and other health problems. But many communities simply don’t have the resources to combat this public health epidemic.

During the 2016–17 school year, 12 Los Angeles schools were among the newest sites to adopt the program, expanding the initiative to 15,000 more students. UCLA research found that the initiative made a significant difference in their ability to pass California’s state-mandated fitness test, Fitnessgram.

Across the 12 schools overall, only 37.8 percent of students passed the test before the equipment was installed and the curriculum was offered; after just eight weeks of the program, 57.3 percent of students passed. At one of the schools, the pass rate went from 8 percent before the program to 44 percent after eight weeks; at another, the success rate increased to 81 percent from 38 percent eight weeks earlier. (Researchers tested groups of 100 students at each school.)

“Our population, and especially our young people, are getting heavier, and it’s extremely troubling,” said Dr. David McAllister, a UCLA orthopaedic surgeon and a member of the Sound Body Sound Mind academic advisory council. “Obesity leads to chronic diseases that require medication and can have major health consequences. In many cases, these are preventable with diet and exercise.” 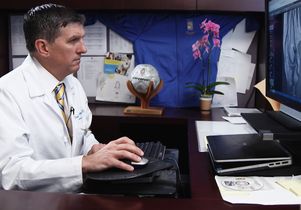 Researchers also conducted behavioral surveys at the 12 new Los Angeles school programs. They found that the initiative helped improve students’ self-image and encouraged them to engage in healthy habits. The number of students who said they always or very often agree with the statement, “I feel good about my body,” for example, increased 5 percentage points overall after just eight weeks in the program.

“A lot of the communities where we’ve implemented this program had no gym equipment at all, and there weren’t any opportunities for students to be physically active,” said Matthew Flesock, the program’s executive director. “By learning how to use this equipment starting in middle school, students find activities they enjoy and begin to build healthy habits.”

One of the dozen schools in the new analysis was Luther Burbank Middle School, which received stationary bicycles, rowing machines and an array of fitness accessories for its students.

“I was like, ‘Oh my God! There are so many things!’ I was curious what I was going to do first,” said eighth-grader Priscilla Aguinaga. “In the beginning, I wasn’t able to stay on the stationary bike for long. But then after a while, I started gaining power and staying on longer — and I felt great.”

Sound Body Sound Mind is currently focused on installing new centers in Southern California schools, but the program could be replicated anywhere in the U.S. Implementing the program at a new school typically costs between $40,000 and $50,000; the program works with donors and local foundations to help schools cover those costs.

The program began in 1998, when philanthropist Bill Simon was approached by a friend to donate equipment to a Los Angeles high school. Word spread quickly, and other schools began making similar requests, prompting Simon and his wife, Cindy, to create the Sound Body Sound Mind Foundation as a resource for schools and instructors throughout the U.S. The organization partnered with UCLA Health in 2015.

“We have created a model that any school district can use to boost their physical education programs and create lasting fitness habits for their students,” Simon said.

Twenty years after it began, the model is still working.

“Encouraging children to develop healthy habits, healthy lifestyles, and learn how to be active — these are great lessons for children to have at an early age, and they can have lifelong positive consequences,” McAllister said.