UCLA raised $658 million in gifts and pledges in the fiscal year ending June 30, exceeding its annual goal of $650 million and drawing support from donors in all 50 U.S. states and 68 countries.

“Every day, members of our extraordinary Bruin community fulfill our mission of education, research and service — with brilliant results,” said UCLA Chancellor Gene Block. “We are grateful to the donors who are inspired by our record of excellence and who choose to invest in the betterment of California and the world by supporting UCLA.”

Donors continued to gravitate toward online giving. The university received 34,824 online gifts for a total of $19 million; both figures broke UCLA records. The most successful campaign of the year on the UCLA Spark online crowdfunding platform was the UCLA Athletics Day of Giving, which attracted nearly 3,000 gifts and raised $680,000.

“This past year was one of reengagement and renewal,” said Rhea Turteltaub, UCLA’s vice chancellor for external affairs. “As we returned to campus, UCLA received a tremendous amount of vital support, both moral and financial, from new donors and longtime friends.”

Support for students, faculty and some of Los Angeles’ most vulnerable

Donors contributed $65 million for scholarships and student initiatives. An alumna of the UCLA College and the UCLA School of the Arts and Architecture, Lauren Merage, and her husband, Tip Scarry, created the Merage Scarry Art Award to reduce student debt and thereby promote artistic freedom. Multiple donors gave to support the Life Sciences Scholars Scholarship, established in 2018, for outstanding students who are pursuing degrees and careers in the life sciences. 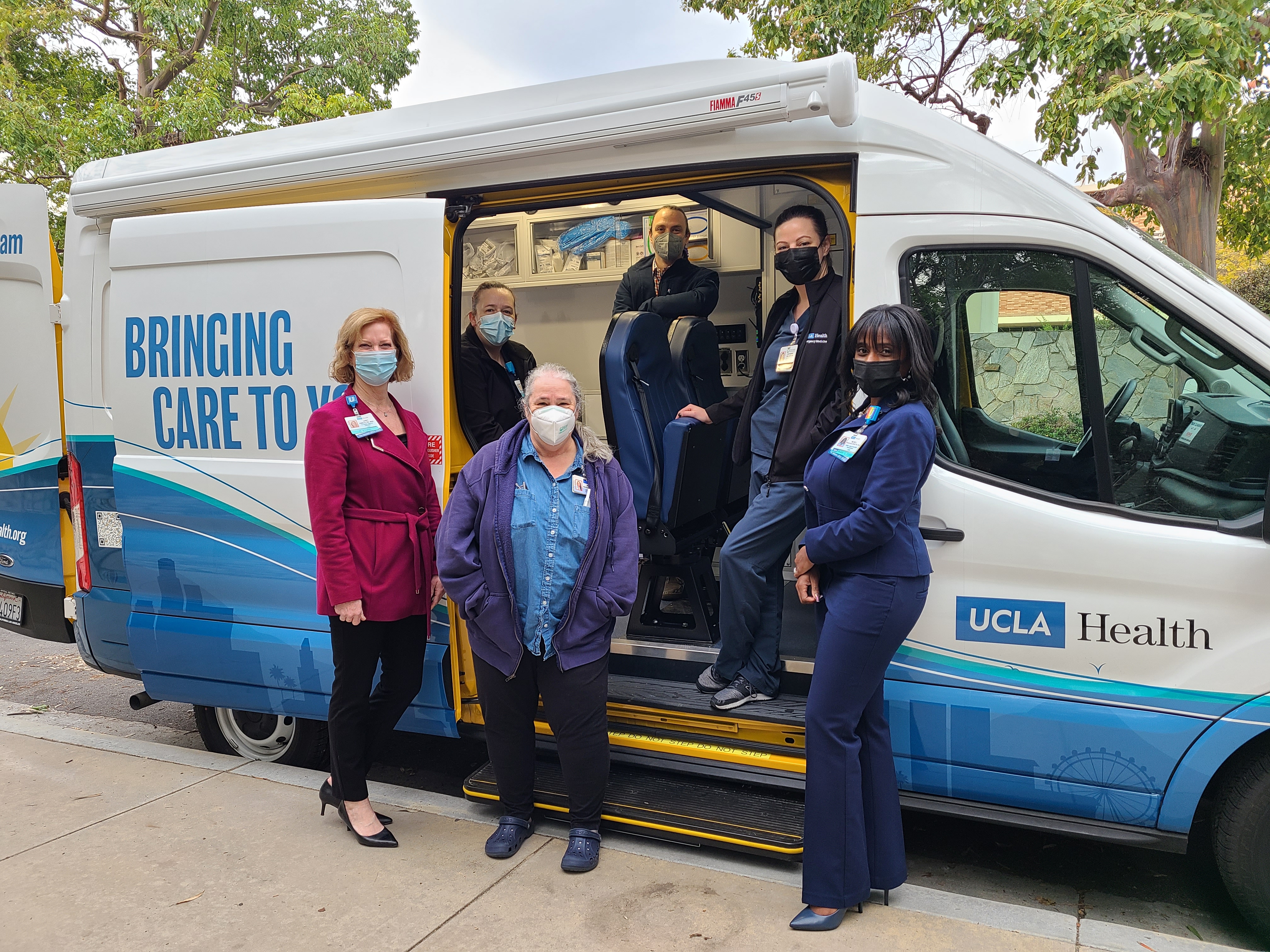 UCLA School of Law received a gift of $4.26 million from the Federated Indians of Graton Rancheria, creating two endowed chairs to advance the study and practice of tribal law. Gifts and pledges funded an additional 17 new endowed chairs in the UCLA College, the UCLA Fielding School of Public Health, the UCLA Samueli School of Engineering and the David Geffen School of Medicine at UCLA.

Several donors supported the UCLA Health Homeless Healthcare Collaborative, a team of doctors, nurses and social workers who provide mobile primary and urgent care medical services for people living on the streets of Los Angeles. Linda M. Gorman, an alumna of the UCLA School of Nursing, made gifts to her alma mater in support of faculty, students and programmatic needs in the area of psychiatric and mental health nursing.

A $1 million gift from two alumni is dedicated to making sure all students feel they belong at UCLA and can thrive. The funding will help create a new basic needs center to benefit the 1 in 10 students who access short-term loans, housing assistance, food security programs and other services. 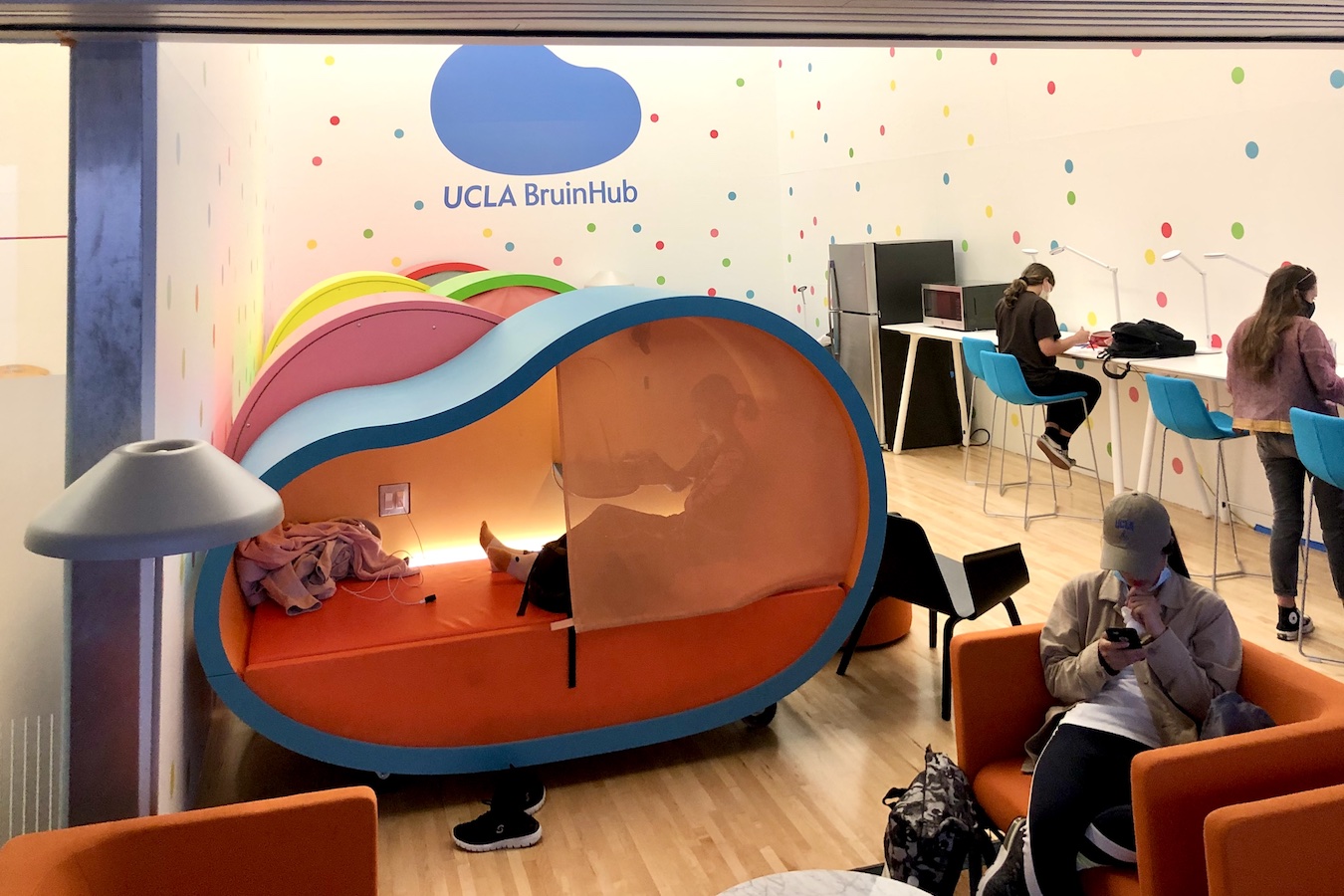 Dana Cuff/cityLAB–UCLA
The Wooden Center’s BruinHub provides a safe space for commuters and housing-insecure students to rest. A $1M gift will bring together an additional rest hub and other vital basic-needs services in a new center in the Strathmore Building.

An anonymous gift of $13.5 million created the UCLA Rothman Family Institute for Food Studies, an interdisciplinary institute devoted to research, teaching and policy about food.

Dr. Bronwyn Bateman, a former professor of ophthalmology and pediatrics at the Geffen School of Medicine at UCLA, committed $10 million to name the UCLA Bronwyn Bateman Center for Ocular Genetics to advance clinical and translational science in ocular genetics at the UCLA Stein Eye Institute.

Making music and engineering for tomorrow

Herb Alpert and Lani Hall continued their support for the UCLA Herb Alpert School of Music, donating $5 million from the Herb Alpert Foundation to transform 46 practice rooms into high-quality, acoustically crafted spaces where students will hone their craft, create and experiment.

At the UCLA Samueli School of Engineering, the Chan Zuckerberg Initiative pledged $21 million to the Institute for Carbon Management to pursue climate change solutions.

“Donors to UCLA recognize the university’s unique ability to make a difference. With gifts to support exceptional students, leading faculty and innovative programs, they enhance all corners of campus,” said Laura Lavado Parker, UCLA’s associate vice chancellor for development. “Philanthropy positions UCLA to build on our foundation and realize our most ambitious and optimistic visions for the future.”