Aydogan Ozcan, Chancellor's Professor of Electrical Engineering and Bioengineering at the UCLA Henry Samueli School of Engineering and Applied Science, and Tracy Johnson, who holds the Maria Rowena Ross Chair in Cell Biology and Biochemistry in the UCLA College, were two of 15 researchers from around the country named to the 2014 class of HHMI professors. UCLA was one of only two universities with two professors honored. 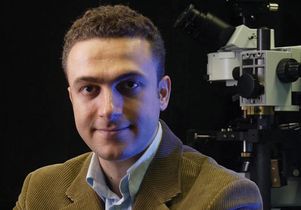 Ozcan, who also is associate director of the UCLA California NanoSystems Institute, develops cost-effective photonics tools for microscopy, sensing and diagnosis. Among the devices invented in his lab are lightweight smartphone attachments to detect the presence of mercury in water, malaria in blood cells and allergens in food. The devices are designed to be used in a medical facility, at home or in the field, and are adaptable for use in rural and resource-poor areas.

Ozcan intends to launch a program in which, each year, undergraduate researchers will form interdisciplinary teams to design, build and test novel technologies for telemedicine and global health applications. His previous honors include the National Science Foundation CAREER Award in 2010 and the Presidential Early Career Award for Scientists and Engineers (PECASE) in 2011.

Johnson, an associate professor in the department of molecular, cell and developmental biology, conducts research on understanding the way cells synthesize, process and splice RNA to regulate and alter gene expression. The misregulation of gene expression can be catastrophic for the cell and lead to disease. Studies from her lab have led to fundamental insights into the molecular machineries in the cell that act coordinately to splice genetic material correctly. 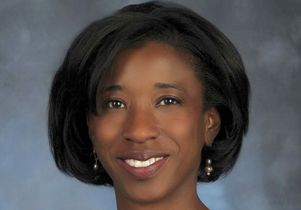 She joined UCLA in 2013 after almost a decade at UC San Diego, where she won accolades for innovative and interactive upper-division courses, her dedication to students from underrepresented backgrounds and providing hands-on research opportunities to undergraduate students. She received the NSF CAREER award in 2005 and the PECASE in 2006.

Johnson and Ozcan bring to five the number of UCLA professors who have been named HHMI professors since the program started in 2002.

"Exceptional teachers have a lasting impact on students," HHMI President Robert Tjian said in a statement. "These scientists are at the top of their respective fields and they bring the same creativity and rigor to science education that they bring to their research."

Headquartered in Chevy Chase, Maryland, HHMI seeks to transform science education in the U.S. by encouraging hands-on, research-oriented and interdisciplinary instruction. Over the years, the organization has awarded more than $935 million to 274 colleges and universities.