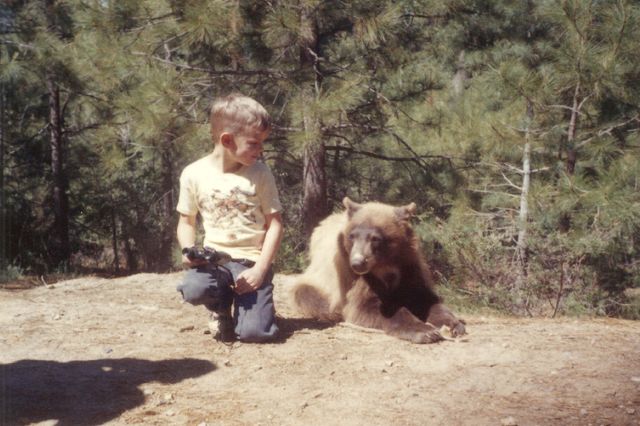 Glen MacDonald
As a boy, Glen MacDonald was heavily influenced by the wild beauty of Yosemite during several visits in the 1960s.

Editor’s note: In 2021, the name of the endowed chair that is currently held by Glen MacDonald was changed to the Chair of California and the American West.

Shortly after Glen MacDonald’s family moved in the early 1960s from Canada to California, his parents took him camping in Yosemite. The experience left an indelible impression on the kindergartener who would go onto a celebrated career as a geographer specializing in biogeography and climate change.

“I got imprinted with the sheer beauty of Yosemite,” recalls MacDonald. “It has some of the most incredible scenery on the face of the planet.”

So it’s fitting that MacDonald has been selected as the first holder of UCLA’s John Muir Memorial Endowed Chair in Geography. The endowed chair is named for the naturalist and activist who not only helped to preserve the Yosemite Valley and turn it into a national park but also founded the Sierra Club.

MacDonald assumes the new position, which is based in the UCLA College, after having served for five years as director of UCLA’s Institute of the Environment and Sustainability. Mark Gold, who joined IoES in 2012 as associate director, is serving as the institute’s acting director.

“The John Muir Chair gives me a chance to focus on areas that mean a lot to me and that I love — the state, the Sierra Nevadas, the West — and to try to do something impactful for our region with my research and my teaching,” MacDonald said. “It’s just such a perfect fit.”

Under MacDonald’s watch, IoES grew to include more than 100 UCLA faculty members, and its endowment reached $21 million, thanks in part to a transformative $15 million gift in 2013 from Tony and Jeanne Pritzker that, among other things, will help create a center for urban sustainability. Support from long-time UCLA donor Morton La Kretz led to the 2013 opening of a center devoted to conservation science in California with a field station in the Santa Monica Mountains. The institute’s annual fundraiser has become into a much anticipated, star-studded gala.

MacDonald also oversaw the launch of a corporate partnership program in his first year as director; today, the IoES’s Center for Corporate Environmental Performance links some 30 businesses with faculty members and students who conduct research on sustainability challenges facing the private sector. And the institute expanded its global impact when, in 2010, its long-standing Center for Tropical Research established a research and training center in Yaoundé, Cameroon.

IoES’s academic programs have flourished, too. UCLA launched an environmental studies major in 2007 with just a handful of undergraduates; today some 280 are enrolled. Under MacDonald’s watch, the university’s doctoral program in environmental science and engineering transferred from the school of public health to IoES, where it being revitalized. IoES also manages the Leaders in Sustainability graduate certificate program in partnership with the Anderson School of Management.

“Thanks to all of the people at the institute, we have achieved a tremendous amount in the past five years,” MacDonald said. “I’m really proud of that great legacy.”

Still, MacDonald, who is a leading authority on long-term climate and environmental change and their implications for society and nature — and especially for our water resources — has longed to return full time to his research.

“Being the director was very satisfying, and we built an awful lot in the institute,” he said. “But it took a lot of work and all of my time. I felt a deep desire to get back to my research on climate change and some of the potentially frightening impacts for the 21st century.”

He is working on a book and documentary exploring the potential impact of climate change, particularly in areas where mega-droughts have led to serious political and economic destabilization — and where they could do so in the future — including Central America, Egypt, Syria and the border region of India and Pakistan. MacDonald conducted research for the book as a 2008 Guggenheim fellow and during a 2013 residency at the Rockefeller Foundation Bellagio Center in Italy.

Following positions at universities in Canada and England, MacDonald joined UCLA in 1995 and served for four years as the chair of the geography department before taking the helm of IoES. He is a fellow of the American Association for the Advancement of Science and a former chair of the AAAS’s geology and geography section.

“Muir studied glaciers, alpine plants and forests, particularly in the Sierra Nevada,” MacDonald said. “He was really interested in conservation of nature and striking a balance between human activity and conservation. He was a writer, scientist and even a mapmaker. So even though he wasn’t officially a geographer, in his work he did many of the things that you find being done today in a geography department.”

MacDonald said the department of geography, with its strengths in linking the environmental and social sciences, is an ideal home for him and the Muir chair. Close to half of his geography colleagues conduct research on the environment, ecology, climate change or water scarcity.

His appointment coincides with the 100th anniversary of Muir’s death in 1914. To commemorate the centennial, MacDonald is devoting some of the endowed chair’s discretionary funds to help underwrite the fall issue of Boom, a magazine published by the University of California Press, which will be devoted to the conceptualizations of nature in California today and Muir’s legacy.

MacDonald also is planning a biennial symposium series that will bring together scholars, writers, artists, activists and policy makers. Its first event, “A Century Beyond Muir,” will examine the impact of Muir’s legacy in California’s view of nature, conservation and wild land use and management. Scheduled for Nov. 13, the seminar will feature speakers including former California Attorney General John Van de Kamp, who will discuss his support of the movement to remove Hetch Hetchy Dam and restore the valley to the north of Yosemite. Damming Hetch Hetchy Valley was Muir’s last fight and it remains a hot button issue today. Stanford historian Richard White, who specializes in the history of the American west, environmental history and Native American history, also is scheduled to speak.