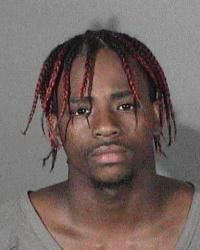 Campus police have arrested a Los Angeles man in connection with a sexual assault reported by a UCLA student.

A female student told police she was sexually assaulted by a suspect who escorted her from a house party in Westwood to her campus residence hall on the night of January 28. The student told police that the suspect later contacted her. That allowed police to identify Harris, who was already being sought in connection with the fraud case.

Harris was known to frequent establishments near UCLA. Patrol officers recognized him at a coffee shop in the 10900 block of Weyburn Avenue in Westwood Village and took him into custody without incident at approximately 2:30 p.m. on Wednesday.

“This arrest reflects the exemplary work of our officers and detectives, and our partnership with the members of the campus community to help ensure safety,” said UCLA Police Chief James Herren.

Late Wednesday, Harris was transported to the Men’s Central Jail in downtown Los Angeles. He was being held on bail of $140,000.

The case remains under investigation. UCLA police ask that anyone with information contact detectives at 310-825-1491.

UCLA police representatives will be available for interviews at the campus police station (map) between 1:30 and 2:30 p.m.