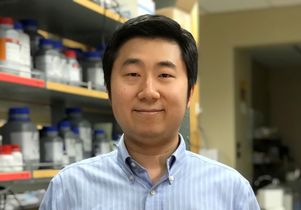 UCLA researchers have shown for the first time a comprehensive picture of cell diversity in the amygdala, a vital brain region involved in the regulation of emotions and social behavior, as well as in autism spectrum disorders, depression and other mental disorders. As part of the study, the team also reported on a new method for systematically linking the distinct types of brain cells to specific behavioral functions.

“The level of diversity of cells within the brain has not been well understood,” said study senior author Weizhe Hong, assistant professor of biological chemistry and neurobiology at the David Geffen School of Medicine at UCLA. “By revealing the many types of cells in the amygdala and then developing a method for studying the functional role of these cells, our findings can pave the way to unraveling some of the mysteries in how this important part of the brain works and what goes wrong in mental health disorders.”

The findings are published in the October 11 issue of the journal Neuron.

Unlike other organs in the body, the brain is known to consist of highly heterogeneous types of cells — a heterogeneity that is at the root of cognitive functions such as learning, memory, emotional arousal and decision-making, as well as brain disorders. Using recently developed sequencing technology that allows researchers to conduct rapid analyses of individual cells, the UCLA group found that the amygdala has much greater cellular diversity than previously known — featuring 16 types of neurons and many types of non-neuronal cells.

Describing the diversity of cells within the amygdala was only a first step. “Once we know these different cell types, we want to understand how distinct types of brain cells are linked to behavioral functions and disease conditions,” Hong said. “In the past, there was no systematic way of doing this.”

Hong and colleagues overcame a long-standing technical hurdle to develop a method, called Act-seq, for systematically linking brain-cell types to behavioral functions. Using the new method, they pinpointed two of the 16 neuronal types in the amygdala as being involved in stress-related behaviors. The new method also facilitates the study of acute molecular and cellular changes in the brain in injury and disease. For example, the researchers found a substantial activation of glial cells, a type of supporting cells in the brain, immediately after a seizure.

The team is continuing to use the new research tool to investigate how the amygdala controls emotional and social behaviors, as well as how this goes wrong in mental disorders, such as autism spectrum disorders and depression. “We expect to learn a great deal by breaking down the amygdala’s individual components and their functions,” Hong said.