At a March 1959 news conference in Los Angeles, aspiring presidential candidate Sen. John F. Kennedy was asked if his Catholicism would hinder a possible run for the White House. He told reporters of his confidence in Americans’ belief in the separation of church and state and added that one’s religion “has nothing to do with his competence to hold office.” The fascinating and timely exchange is one of many historical moments that can be found in a new digital portal created by UCLA Film and Television Archive.

The videos are now accessible online as part of the UCLA KTLA News Project, a new moving-image research area featuring 100 clips of news footage from the 1950s to the 1980s filmed by Los Angeles station KTLA-TV. The John Randolph Haynes and Dora Haynes Foundation, a leading supporter of social science research in Los Angeles, funded the online project.

“The UCLA KTLA News Project is part of a larger strategy to make resources available online for research and education, allowing users to discover for themselves the archive’s many treasures,” said Jan-Christopher Horak, director of UCLA Film and Television Archive. 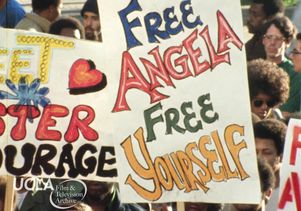 The first commercial television station west of the Mississippi, KTLA-TV has been a prominent independent television station in the Los Angeles area for more than 60 years. The collection at UCLA encompasses the station’s news coverage from about 1958 to 1981. Despite the cultural significance of television news during this era, many broadcasters did not recognize the historical value of their news film collections and much footage was discarded by the industry, according to Horak. KTLA’s donation of its surviving film material and copyright to UCLA is a notable exception.

​The curated news segments document local, national and international issues, covering politics, economics, civil rights and women’s activism, as well as African-American, Asian-American, Mexican-American, Native American and LGBT communities. Additional news stories on an expanded range of topics will be added to the portal on a periodic basis.

“Much of the news footage now available for viewing as part of the UCLA KTLA News Project hasn’t been seen since its original television broadcast,” said Dan Einstein, television archivist of the UCLA archive. “This rare footage, shot on 16 mm film, provides a unique opportunity to revisit historic snapshots in time in Los Angeles, including local visits by iconic national figures such as Dr. Martin Luther King Jr. and John F. Kennedy.” 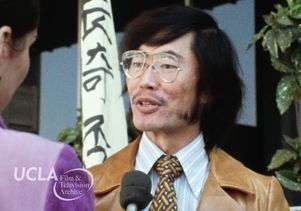 Other notable news segments include a 1971 protest by actor and UCLA alumnus George Takei and other Japanese-Americans about nuclear testing in the Aleutian Islands and a 1979 news conference on the Los Angeles Police Department’s relationship with the black community.

“Among the clips now online are important stories relevant to social issues and activist concerns in the 1970s, including spirited demonstrations at UCLA in support of Angela Davis [1971] and footage of Cesar Chavez picketing with United Farm Workers in Los Angeles in 1979,” said Mark Quigley, manager of the archive’s Research and Study Center. “It is our hope that this curated selection of such footage will serve as primary source material for the study and understanding of these events and as further compelling evidence of L.A.’s long-held distinction as an epicenter for social change.”

Most of the 16 mm film reels selected for the project had not been previously inspected and many were found to need significant repair work before they could be digitally transferred. Archive staff hand-cleaned each of the clips while also painstakingly removing damaging masking tape. The reels were then scanned in high definition.

The KTLA project builds on the archive’s previous online access efforts, most notably its 2015 launch of a lesbian, gay, bisexual and transgender moving-image research area featuring episodes of the Emmy-nominated LGBT public television series “In the Life.”