When 15-year-old Mia found out that she and her fellow students in the First Star Bruin Guardian Scholars Academy for foster youth at UCLA would be watching Haiti’s Special Olympics soccer team on Saturday, she was thrilled to get the chance to watch athletes from her father’s home country play.

Shortly after the whistle blew to start the match, Mia was in tears.

The players on the Haitian team were wearing plain T-shirts and what looked like their regular shorts (It turned out their uniforms had been sent to the wrong place). And much worse, they were slipping and falling on the Drake Stadium grass, unable to get traction because they weren’t wearing cleats.

But rather than succumb to her sadness, Mia very quickly helped organize her fellow fans in the stands to pool their money to buy equipment for the Haitian soccer players, said Yolanda Wright of the Bruin Resource Center. She attended the game with Mia and others from the Bruin Guardian Scholars Academy, where she volunteers.

“My father was born and raised in Haiti,” said Mia during an interview with the Special Olympics World Games staff. “I saw them, and it broke me down. That’s my country. That’s my heritage, and they had nothing. I just wanted to help them.” 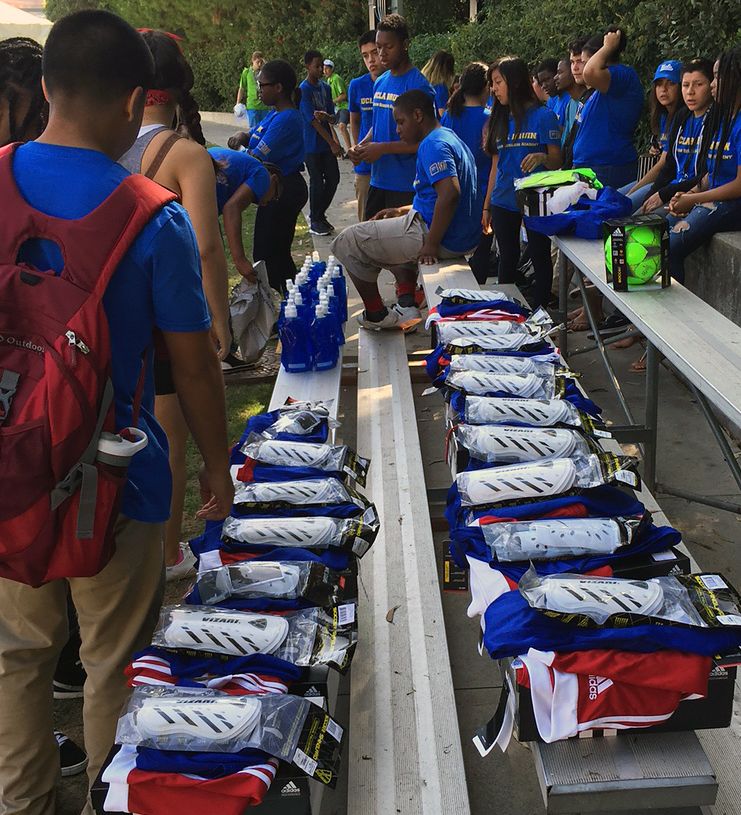 In just 15 minutes, Mia had collected several hundred dollars to purchase uniforms. She soon met up with Jenhifer Albeno, another spectator, who was similarly moved to ask those near her to contribute money to outfit the team. The two combined their efforts and, thanks to the spontaneous generosity of dozens of others in the audience, especially Vanessa Kromer and her supervisor J.R. Ewing, had raised more than $2,700.

That spirit of generosity is a key part of the First Star Bruin Guardian Scholars Academy, said Paige Fern Chan, national director of First Star Academies. The guardian scholars academy at UCLA brings rising ninth grade foster youth to live on campus for all four summers throughout high school, as well as one or two Saturdays each month during each school year. Just last week all of the youths had lessons in philanthropy, emphasizing their responsibility to be positive contributors to their communities. And each youth was given $200 to donate to a charity or cause of his or her choice.

“Mia’s efforts are part of First Star’s national effort to prepare and allow foster youth in their Academies to support their communities and other populations in need,” Chan said. “Only 50 percent [of foster youth] graduate from high school, and fewer than 3 percent ever get a college degree. It makes the fact that our youth took on this effort, despite their circumstances, that much more exciting.” 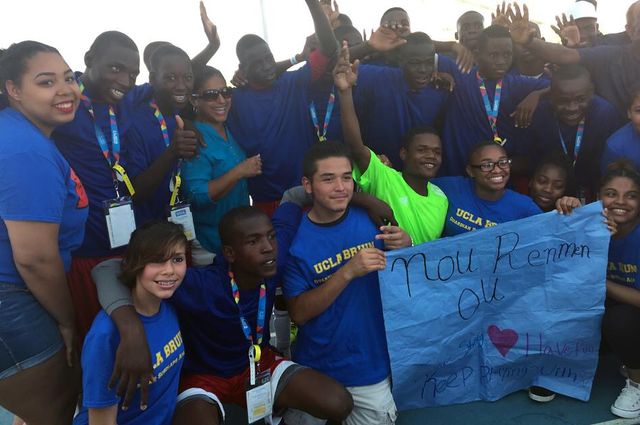 And those weren’t the only contributions. UCLA Residential Life program coordinator JonJon Junpradub got people in his office to donate. The new uniforms and cleats were delivered to the Haitian team Sunday morning.

“I saw the joy, I saw the happiness in their eyes,” Haitian soccer coach Bony Georges said in an ESPN story about what happened. “It was a moment for them to share with those people, and get to know them. Even though they didn't have something to give back, they were sharing their smiles and their appreciation.”

This amazing story of generosity resulted in attention from ESPN and ABC7, and Mia was honored Tuesday morning by the Los Angeles County Board of Supervisors and Philip Browning, director of the Los Angeles Department of Children and Family Services.

“It was so incredibly uplifting and moving,” Wright said.