More than 50 veterans joined the UCLA baseball team on the field Monday to swing a bat and catch some balls at the annual Jackie Robinson Day Fantasy Camp for Veterans.

After a free meal paid for by the Gary Sinise Foundation, veterans joined the team on the Branca Family Field, where they chatted with members of the team behind the batting cage and a dozens of veterans took their turns in the batter’s box, cheered on by head coach John Savage. 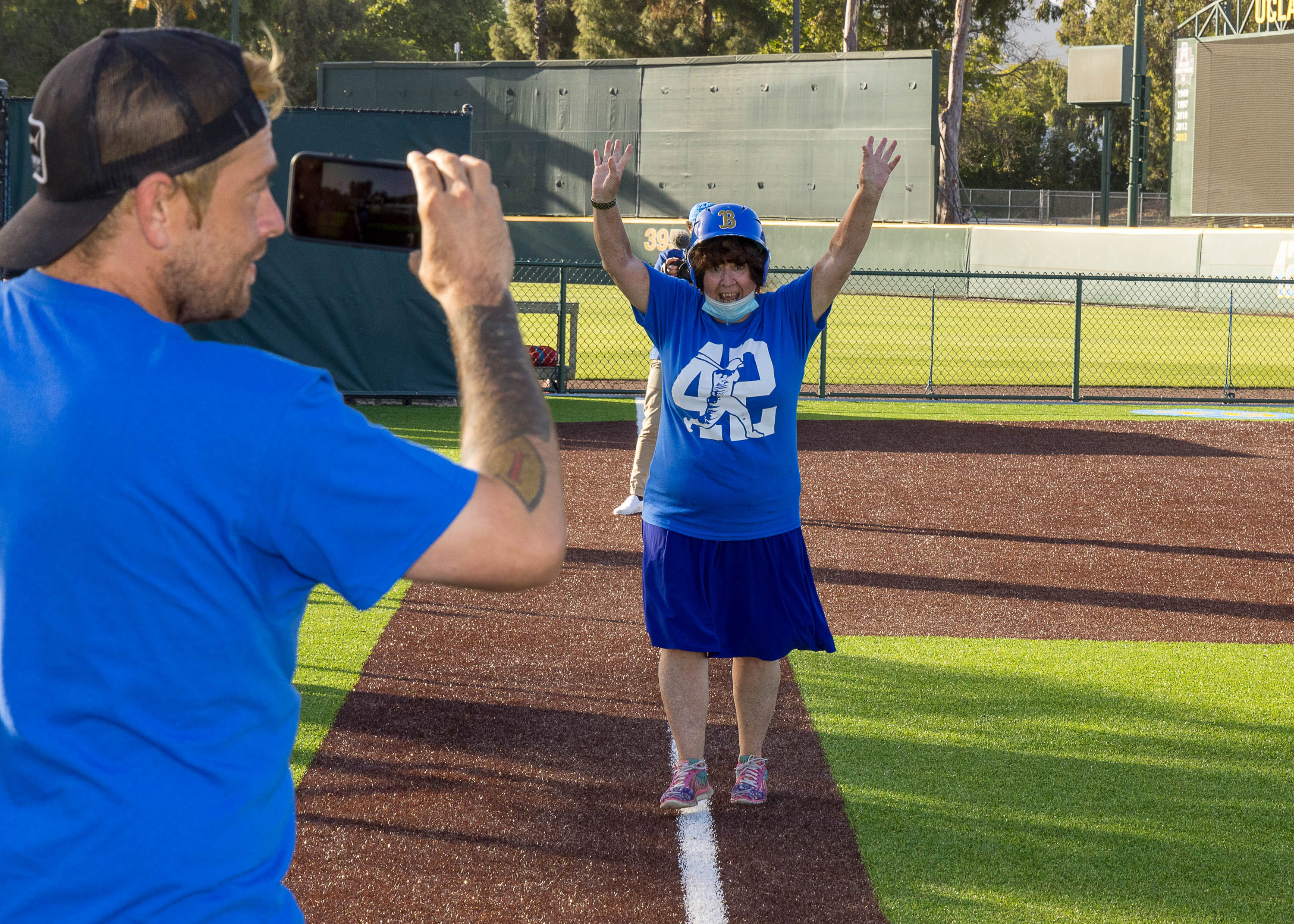 UCLA was able to host the popular event for the first time since the pandemic, and will begin holding free recreation programs for veterans on the new practice field, in addition to ongoing free admission to baseball games for all veterans.

Friday, April 15, marks the 75th anniversary of the day UCLA alumnus Jackie Robinson broke the color barrier in modern Major League Baseball by manning first base for the then-Brooklyn Dodgers, wearing the number 42. Before joining the Dodgers, Robinson attended UCLA from 1939 to 1941, lettering in baseball, football, track and basketball, then he served in the U.S. Army from 1942–1944.

For 75 years, UCLA has partnered with the Veterans Affairs West Los Angeles campus in service, training and research on behalf of veterans. Units across UCLA’s campus provide healthcare, meals, legal representation, recreational opportunities and other resources to veterans and their families, and collaborates on vital medical and social research. 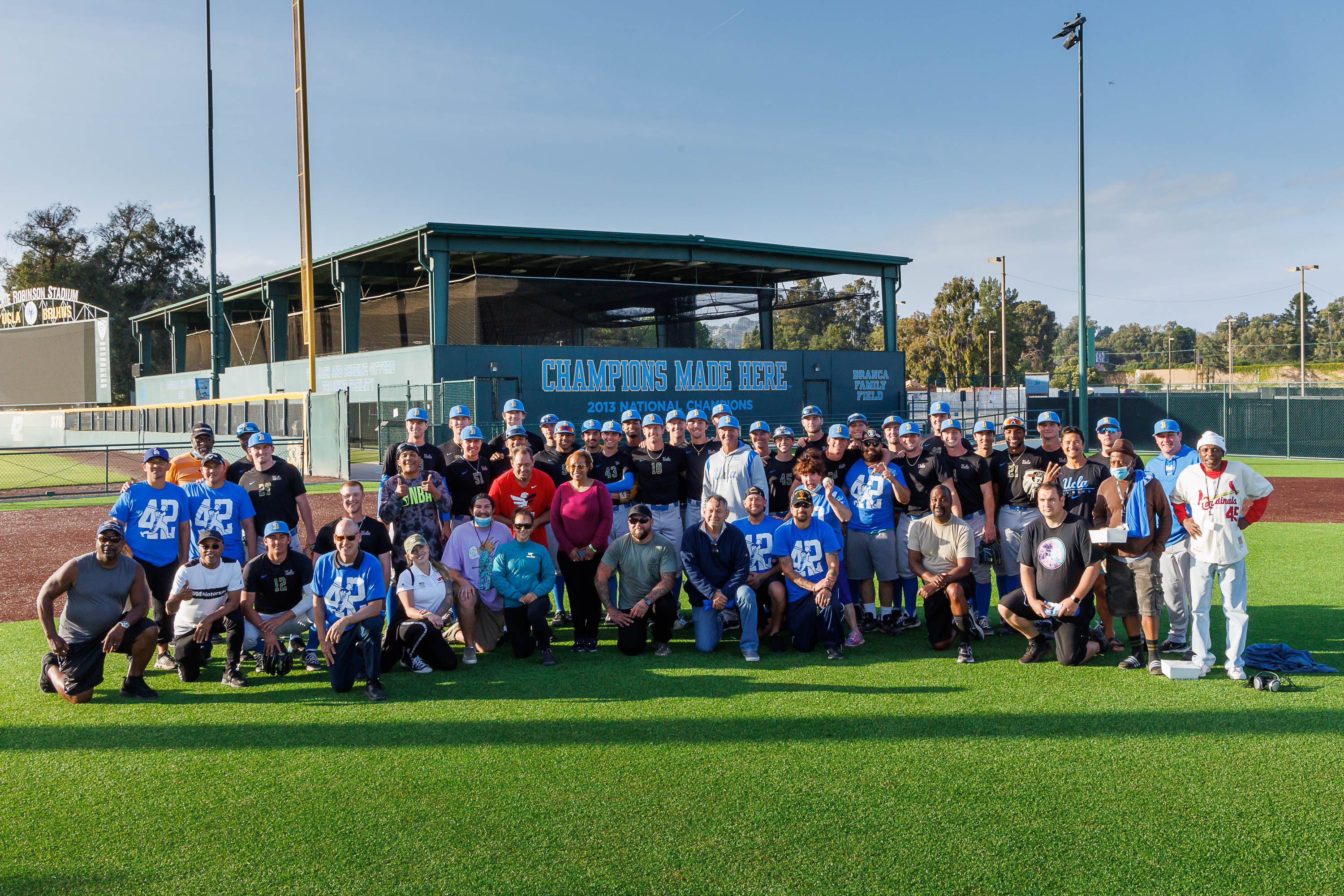