In her fifth season as the leader of UCLA’s public performing arts presenter, Kristy Edmunds finds herself at a critical intersection in one of her most ambitious curatorial missions — the perpetuation, contextualization and preservation of dance.

Dance as an art form sits on some of the shakiest economic ground in the United States. Factoring in conception, creation, production and the scale of infrastructure and logistics required of touring companies, dance is costly.

There also remains a near-constant need to increase awareness and literacy for audiences. That can be especially challenging in the hyper-fragmented Los Angeles arts scene.

“Realistically, what a museum does for visual art, I think a university can achieve for our more ephemeral forms like dance,” said Edmunds, artistic and executive director of Center for the Art of Performance at UCLA. “Great universities can extend the legacy of impact across generations.”

Since starting at ULCA five years ago Edmunds has made choreographers and their companies a priority. In 2013, the Trisha Brown Retrospective Project — presented by CAP UCLA in Edmund’s first season as director — included performances at the Hammer Museum, the Getty Center, UCLA’s Sunset Recreation Amphitheater, Royce Hall and even down the side of the Broad Art Center.

The recent announcement of “Trisha Brown: In Plain Site Los Angeles,” an ambitious collaboration between CAP UCLA and several local visual art institutions, represents another major program in scope and complexity for both the New York-based dance company and CAP UCLA .

From March 7 through 12, Trisha Brown company dancers will perform a selection of their founder’s past works at the Broad Museum downtown, the Los Angeles County Museum of Art, the Getty Center and at Hauser, Wirth and Schimmel in the arts district. 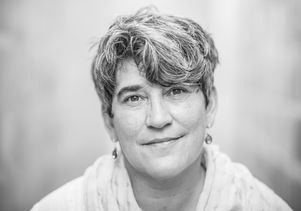 “Museum curators have an interest and a particular framework for building in performance presentations as part of exhibition offerings,” Edmunds said. “But few of them are exactingly concerned at the moment with the question of ‘how do you support and sustain choreographers and their dancers beyond a single project?’ That falls to the performing arts world.”

The program, nearly two years in the making, is the culminating event from a $500,000 multi-year grant to CAP UCLA from the Andrew K. Mellon Foundation to explore the intersection between visual arts and performing arts.

University presenters have a unique opportunity to sustain and expand the practice of artists, particularly dancers and choreographers, Edmunds said. She and her team coordinate with dance companies who visit the program to present master classes for UCLA students, special talks with audiences and even partner with UCLA Library Special Collections to create mini-exhibitions related to a company, its country of origin or the theme of the work. They also work with faculty on building curriculum related to the visiting performers in advance of a major public presentation.

“When you bring scientists, physicists, architects, engineers and public policy or cultural humanities scholars into dialogue with dance-makers, they are typically stunned by how much knowledge these artists accumulate in the process of generating choreographic work, she said.

For the stage, Edmunds often focuses on programs that articulate the lineage arcs from within a choreographer’s career.

Last year that included a mid-career survey of MacArthur Genius award-winner Kyle Abraham, who is now teaching in the UCLA Department of World Arts and Cultures/Dance. In November, CAP UCLA presented multiple choreographies from another dance icon, Lucinda Childs, in performances that showcased some of her early work alongside the Los Angeles premiere of her newest piece. In October, CAP UCLA worked with experimental postmodern choreographer Deborah Hay on a multiple-night program that delved into Hay’s process of creating a digital score. The program highlighted Hay’s collaboration with Motion Bank, an offshoot of the prestigious Forsythe Company, which paired dancers and choreographers with computer coders. CAP UCLA then presented three pieces that emerged from the same score — a duet, a projected adaptation using coding data, and a 22-member ensemble work performed by the Cullberg Ballet.

“We’re developing a variety of different models for live-performance presentations that enable collaboration across diverse fields of knowledge and organizations,” Edmunds said. “And, we believe our creative frameworks for major productions are having the right effect in strengthening the artist/audience relationship at UCLA.” 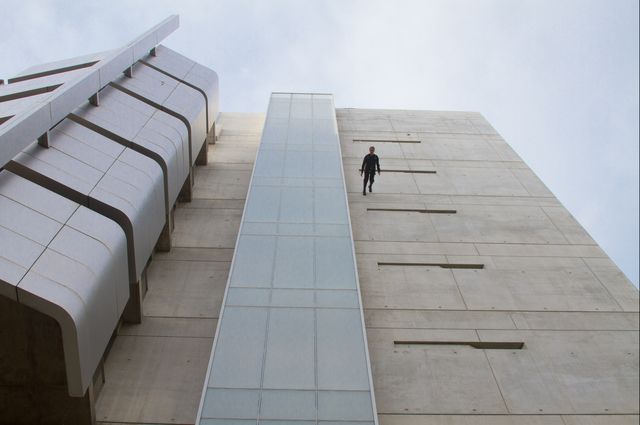 Spencer Davis
The 2013 Trisha Brown Dance Company Retrospective Project included a rare presentation of Brown’s “Man Walking Down the Side of a Building,” performed by Amelia Rudolph, only the second woman to perform the piece originally created in the 1970s.

Edmunds is also focused on what role technology might play in the evolution and preservation of dance. Motion Bank developers visited campus in fall 2015 for its fifth Creative Coding Lab, bringing together dance artists, coders and designers in a week-long exploratory environment.

This marked the beginning of another ongoing CAP UCLA project, called CODA. Supported by a grant from the Surdna Foundation, CODA features a collection of artists and scientists who are examining the role that live performance may play in empathy, memory function and cultural transmission.

“We’re looking at, and creating a research practice around how dancers and their spatial awareness, muscle and cellular memory, and mirror neurons are connected to empathy and creativity in the brain, and what that means to live-performance audiences” Edmunds said. “It’s all pretty heady stuff, but even this far into the initiative we have many reasons to be encouraged.”

Also participating in the CODA project is Ann Carlson, who Edmunds brought to UCLA last year in collaboration with the World Arts and Cultures/Dance department. Carlson spent a year on campus, “collecting” the gestures of students and employees. She turned that into “The Symphonic Body UCLA,” a performance built from those gestures. As part of CODA, CAP UCLA plans to survey participants about the project’s lasting impact.

Funding is never guaranteed in the arts, and future grants from large entities like Mellon are far from secure, Edmunds noted. She embraces her role as a coalition builder among local arts presenters and advocates on behalf of artists because, as she says they are constantly asking the important question, “Where to from here? Or, what is the best way forward?”

“And the question for us, is exactly the same,” she said. “By asking it, we’re involved in an ongoing effort to partner with living performance-makers and audiences in order to sustain high levels of creativity and the creation of public memory. It’s not just about ticket sales and the market — it’s about heritage, and the vital role of artists in our lives now and into the future.”