Hundreds of students waited at the doors of Royce Hall on Oct. 6, 1969 to hear Angela Davis, then acting assistant professor of philosophy at UCLA, teach her first class.

Davis, a civil rights activist and Black Panther supporter, had just been fired by the University of California Board of Regents for her association with communism, and students were eager to hear her defend academic freedom.

“Education should not mold the mind according to a prefabricated architectural plan. It should rather liberate the mind,” Davis told the standing-room-only crowd, adding that education’s goal should be “to create human beings who possess a genuine concern for their fellow human beings.”

“I think that it was true in 1969 when she said it, and it’s true now,” said Meryl Friedman, co-interim director of UCLA’s Center for the Art of Performance.

This weekend, award-winning choreographer Ronald K. Brown and his company EVIDENCE will present their newest dance work, “The Equality of Night and Day: First Glimpse,” which features recordings from Davis’ speeches, along with a 1998 work, “Upside Down.” The performance, co-commissioned by CAP UCLA, is on Saturday, March 5, at 8 p.m. in Royce Hall.

“The Equality of Night and Day: First Glimpse” stems from the ongoing movement for racial and social justice. In the piece, the dancers circle each other in a meditation of compassion and protection. The choreography is set to jazz pianist Jason Moran’s original score and excerpts from three of Davis’ speeches.

“Davis has consistently spoke about the value of Black lives, folks of color’s lives and those marginalized in this country,” Brown said in an e-mail interview. “It is especially poignant to hear these words speaking about issues that were at their height 20 years ago and WE ARE STILL STRUGGLING WITH BLACK LIVES MATTER as if this is a new issue.”

UCLA Arts · Dancing to the words of Angela Davis

CAP UCLA will also be highlighting Davis’ legacy with a special exhibition of music, books, photos, speeches and archival materials from UCLA Library Special Collections. Friedman worked with UCLA curator and manuscript librarian Genie Guerard to assemble an exhibition that includes protest flyers, Daily Bruin articles, magazine covers featuring Davis and her signature Afro, and even a student-made “How do you support Angela Davis?” quiz that took aim at the UC Regents. The exhibition recalls a volatile time on campus when Davis was fired, rehired and then fired again.

The objects on display draw from the library’s student activism collection, which is regularly used in classrooms, said Courtney “Jet” Jacobs, head of outreach and community engagement for UCLA Library Special Collections.

“These archives, these books, these ephemeral materials — they’re really only worth stewarding if they’re being used,” Jacobs said.

Along with the exhibition, the March 5 performance will be accompanied by a pop-up library of books by Davis and others, spoken word performances, a DJ spinning a radical activism-themed set, and a graffiti wall where attendees can write their ideas related to the prompt “What is your vision of democracy?”

After Davis’ initial firing in 1969, she was reinstated by a California Superior Court judge and completed teaching the academic year. The Regents fired her again for “inflammatory language,” even as UCLA Chancellor Charles E. Young defended Davis on the basis of academic freedom. When she left UCLA in 1970, Gov. Ronald Reagan said she’d never teach in the UC system again.

After a prison stay on a charge of accessory to murder — for which she was exonerated – Davis went on to become a professor at UC Santa Cruz from 1991 to 2008, where she taught feminist studies and the history of consciousness and researched the causes and effects of incarceration.

“Women of color have a long history of being the first to speak up against injustice and inequity, and they have always been disproportionately punished for that work,” Jacobs said. “It's not often that we then celebrate the individuals that brought this injustice to our attention. I'm really excited about this program, for that reason specifically.” 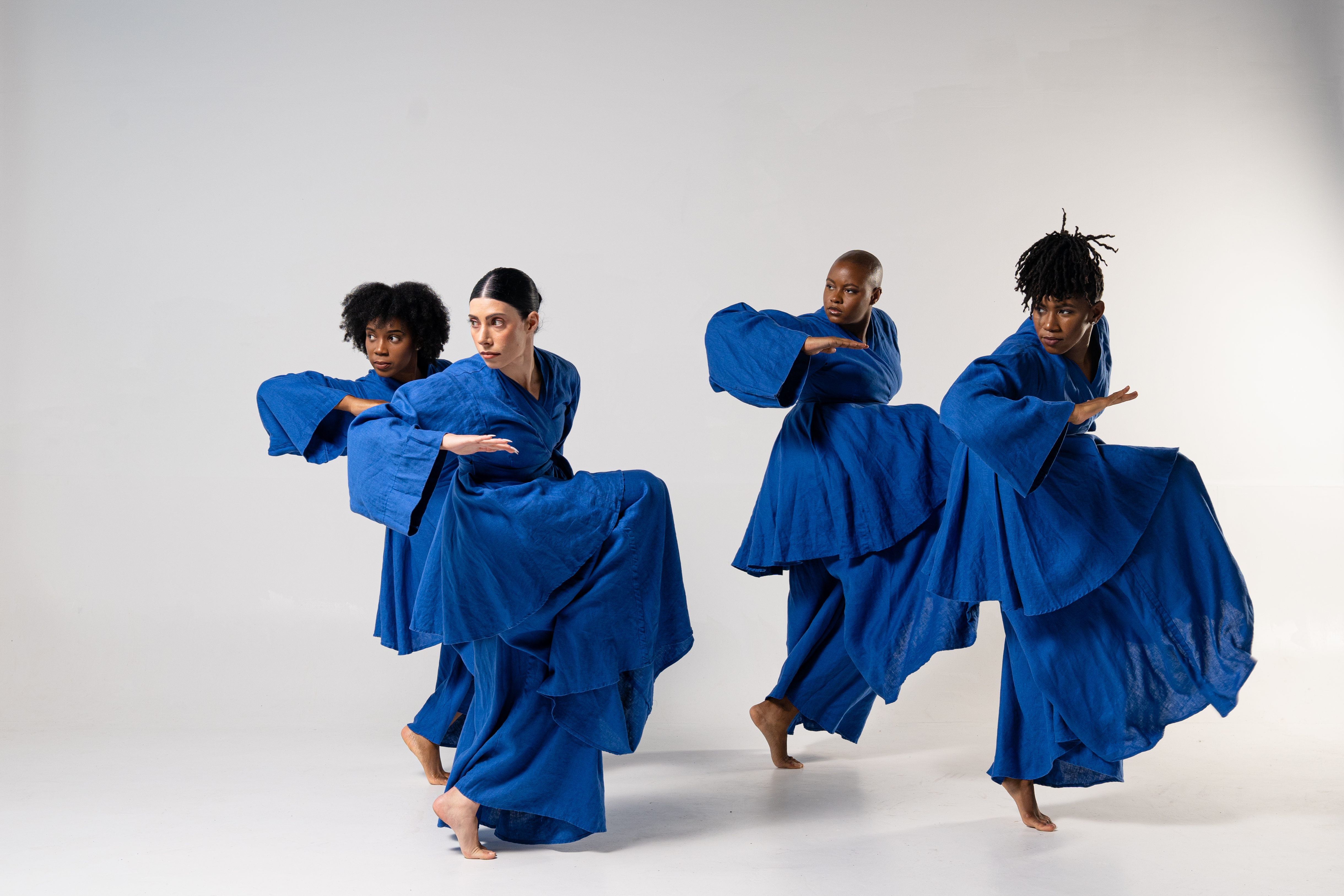 Courtesy of Quinn B. Wharton
“The Equality of Night and Day: First Glimpse.”

Davis’ brief tenure at UCLA still feels relevant amidst contemporary debates over race and academic freedom. Last year, star New York Times writer and 1619 Project creator Nikole Hannah-Jones was initially denied tenure by the trustees of the University of North Carolina at Chapel Hill because of her political views. And last month, Texas Lt. Gov. Dan Patrick proposed to add the teaching of critical race theory as grounds to revoke a professor’s tenure at public universities in the state.

“This is a perfect example of how something Davis wrote or stood for 30, 40, 45 years ago is still very relevant today, because people want to silence people who are doing intellectual labor or raising the consciousness of their students,” said David Shorter, a professor of world arts and cultures at the UCLA School of the Arts and Architecture. Shorter was Davis’ student during his graduate studies at UC Santa Cruz, and he regularly includes her writings in his course syllabi.

Friedman said Davis’ 1969 speech still resonates today because it cast a spotlight on the power structures that uphold institutions, including academic ones.

“Universities, whether they’re private or public, are run by individuals who have inordinate access to power and influence and money. And that is always going to be an inherent conflict of interest, because those people have an agenda,” Friedman said. “Our system will never get away from that unless we change the system.”

Ronald K. Brown/EVIDENCE presents “The Equality of Night and Day: First Glimpse” and “Upside Down” on Saturday, March 5, at 8 p.m. in Royce Hall. Find tickets. The exhibition dedicated to Angela Davis and student activism will open at 6:30 p.m. and will remain open during the intermission and after the performance.