Still photographer. Dancer. Painter. Choreographer. Before beginning her education as a filmmaker at UCLA, Nina Menkes didn’t exactly have the resume of a budding writer and director. But when she arrived on campus, Menkes took basic camera, editing and sound and started making her own movies.

“When I got to UCLA I discovered that all my diverse interests and talents were all perfect for filmmaking,” Menkes said. “It was like I had come home.”

Home was defined most importantly as a place that encouraged creativity and experimentation. In her 11-minute first film, “A SOFT WARRIOR” (1981) — which is about her sister, Tinka, who had been hospitalized with a life-threating illness — Menkes said she was exploring the idea that “filmmaking and art making are ways to deal with trauma and to enter alternate levels of reality.”

She has since made six feature films and gone on to become a critically acclaimed filmmaker who the Los Angeles Times hailed as “Visionary! — at the forefront of American experimentalists.”

To celebrate UCLA’s legacy as an incubator of filmmaking talent, the UCLA Film & Television Archive is presenting a special film series celebrating four decades of student films. “A SOFT WARRIOR” is just one example of the student films that have been and will continue to be screened as part of the “40 Years of UCLA Student Filmmaking” festival, which is another part of UCLA’s centennial celebration.

Overall, the festival, which began Nov. 15 and concludes Dec. 15, features 82 films that showcase the history of UCLA student films from the 1950s through the 1980s, including the early projects of the filmmakers who would direct “Twilight,” work on visual effects in “Star Trek,” and edit “Divergent,” as well as the first student film to ever win an Academy Award.

In each program, there is a mix of animation, experimental, documentary and narrative fiction. The screenings are free to UCLA students and $10 for the public, which can be purchased online or at the box office of the Billy Wilder Theater in the Hammer Museum, where all the screenings take place.

“By showcasing 40 years of student filmmaking, the Archive hopes to capture the stylistic innovations of young artists in the context of topical social and political events that were shaping students during their time at UCLA,” said Maya Montañez Smukler, who heads the Archive Research & Study Center and is one of the program’s curators.

The Archive, originally the UCLA Television Library, was founded in 1965 as a partnership between the Academy of Television Arts and Science and the UCLA Theater Arts Department, which was founded in 1947; in 1949 students in the Motion Picture Division began producing the department’s first films.

Starting in the late-1960s and continuing into the 1970s there was an increase in women and students of color making films, prior to this the film school had been predominately white and male.

“These changes at UCLA reflected the work of national social justice movements that in turn influenced campus-wide activism that advocated for more inclusive enrollment and the need for affirmative action policies to help make those shifts in access and representation possible,” Montañez Smukler said.

As a result, there are filmmakers like Menkes, who is considered a prominent feminist filmmaker. Menkes, however, has concerns with this title.

“Can’t I just be a prominent film director, period?” said Menkes, who teaches at the California Institute of the Arts. “My films are intrinsically cinematic and while of course they are feminist, they are also much more than that.”

In addition to Menkes, some of the other former UCLA students featured films include Terry Sanders, Catherine Hardwicke, Nancy Richardson and Randy Haberkamp. 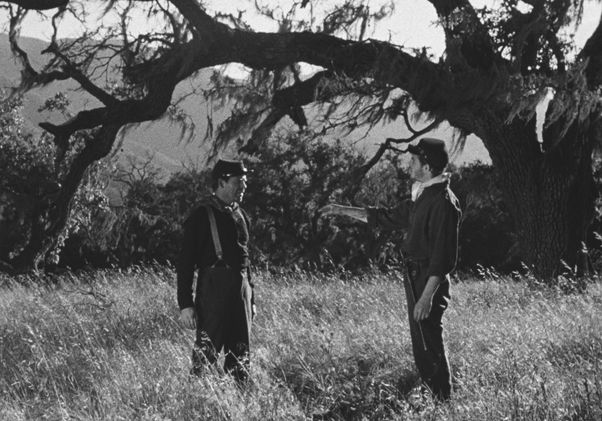 Terry Sanders
“A Time Out of War”

Sanders attributed much of the film’s success to the environment at the UCLA School of Theater, Film and Television. The school, he said, had “excellent, dedicated and caring teachers who were experienced and knowledgeable in every aspect of filmmaking,” as well as guest speakers from whom he “received deep and lasting inspiration.” He also said that the One Act Play program, in which students wrote, directed and acted in one-act plays every week, was a pivotal learning experience.

“Most importantly, students at UCLA TFT were encouraged and left free to do their own unique work, as opposed to working on projects that the faculty conceived and controlled,” Sanders said.

Hardwicke learned filmmaking at UCLA as a graduate student. She had graduated with a bachelor’s degree in architecture, and had zero background in film. However, at UCLA, she was “immediately immersed in a very wild creative culture.”

Her short film, “Puppy Does the Gumbo,” (1984) was inspired by the whimsical lyrics of her friend’s funk song of the same name, which was a visual story of a dog traveling to other dimensions.

“Coming from the physical and budgetary limitations of architecture, I wanted to make something without creative limits,” Hardwicke said.

While studying filmmaking at UCLA, Hardwicke said she felt like the possibilities were endless. It was only once she moved into the professional world that the systemic sexism and gender bias revealed themselves, especially after her success directing the blockbuster teen-vampire-romance “Twilight.” 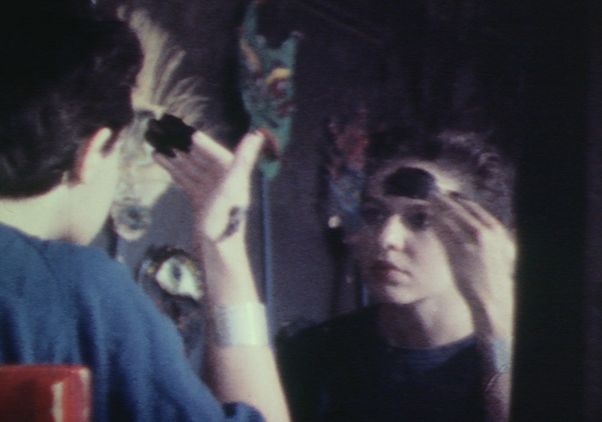 “I definitely wasn’t treated like men who had directed a blockbuster that launched a franchise,” Hardwicke said. Despite “Twilight” grossing nearly $400 million worldwide on a budget of just $37 million, Hardwicke didn’t become a go-to filmmaker in Hollywood.

In a Vanity Fair article in 2018, Hardwicke pointed out that after the success of “Twilight,” there were four more movies in the “Twilight” saga, the big-screen “Divergent” trilogy and four “Hunger Games” films — and “none of them were directed by women!” she said.

“That was a heartbreak for me,” Hardwicke told the magazine. “There are other badass women out there that could have done those.”

This has encouraged her to be more active in speaking out about gender bias and helping out other female directors, actors, writers, producers and crew members.

“The more we spotlight the disparity and actively work to hire diverse actors and crew, the more we can move the needle!” Hardwicke said.

“Our goal is to not only emphasize the legacy of film — both filmmaking and a commitment to preserving and making accessible films — as part of UCLA’s history,” Montañez Smukler said, “but also to appreciate what it means to be a student filmmaker.”