The challenge that digital artists, curators and collectors have faced for decades has been how to sell artwork that is by nature infinitely reproducible. Unlike a painting or sculpture, digital artworks can be reduced to a series of 0s and 1s, or an algorithm that can easily be copied.

Non-fungible tokens, or NFTs, offer a technological solution. They work as public ledgers, using blockchain technology to track digital transactions. When a collector buys an NFT, they’re essentially acquiring a tamper-proof digital receipt. That also allows the artist to retain a percentage of the revenue each time their work is sold.

The rise of NFTs has benefited established and emerging digital artists, providing additional revenue streams and direct engagement with fans and collectors. But the NFT marketplace has also been dismissed as a bubble and a haven for stock speculators and scam artists. Celebrities like Paris Hilton have released NFT collections, and NBA Top Shot sells collectible “Moments” from memorable basketball games.

Digital artist Mike Winkelmann, known as Beeple, made history in March when an NFT consisting of 5,000 of his illustrations sold for over $69 million at auction at Christie’s. It was dismissed as a marketing stunt, but it succeeded in capturing the world’s attention.

UCLA Arts · For digital artists, NFTs are promising – and problematic

Nate Mohler, who received a bachelor’s degree from UCLA in design media arts in 2019, began selling NFTs in January. He has released 12 of them, and nine have sold. Some are already reselling for 10 to 20 times their original price.

“This has solved a problem that media historians have been trying to figure out for years, for generations, since Tumblr — when people were making GIFs — and this culture wasn’t widely accepted in the art community,” Mohler said. “There is finally a popular consensus that this kind of digital work, video art, is art, and has value and can be resold just like a painting.”

“It’s been really exciting for me and I can now maybe do this as a full-time job. I’ve quit all my other work and I’m just going to focus on art and selling it via NFTs,” Mohler said. “It’s honestly the best thing that’s ever happened to me, I think. And it’s still kind of being explored.” 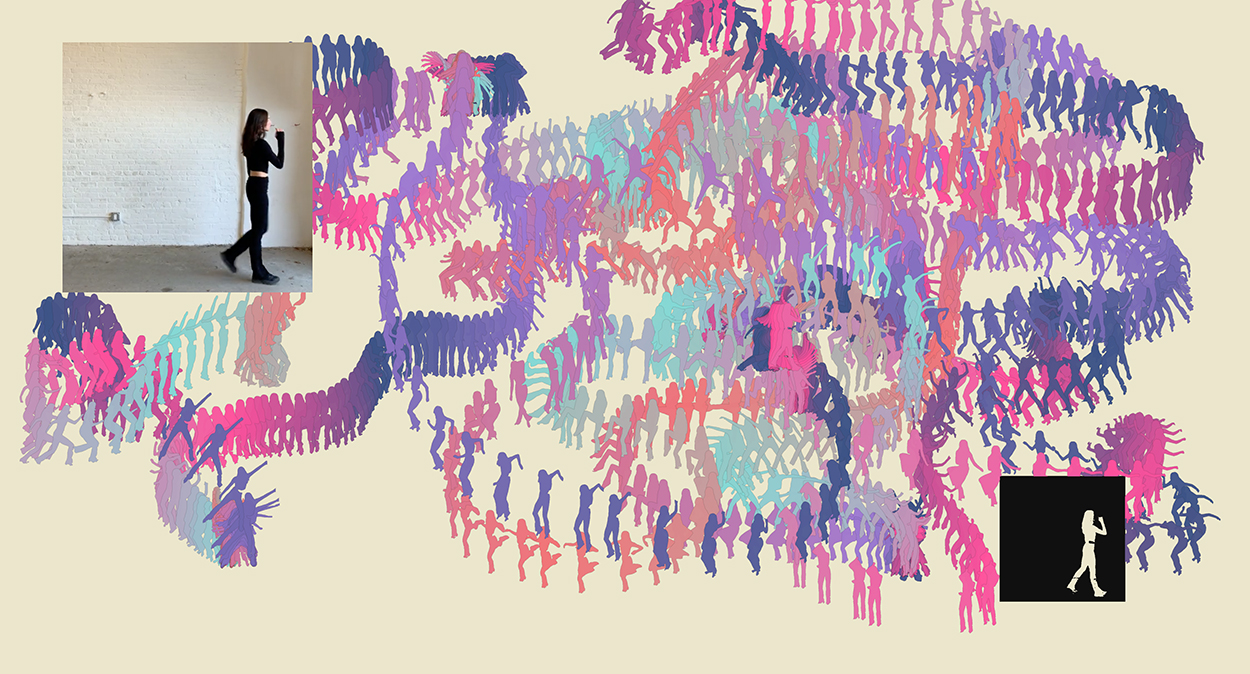 Courtesy of Feral File
Maya Man’s “can I go where you go?,” 2021, custom software, dimensions variable. Edition of 75, 1AP. Part of the exhibition “Social Codes” curated by Casey Reas.

Mohler is seeing artist friends who had relied on creating concert visuals for a living now entering the NFT space, as the COVID-19 pandemic has decimated the live music industry. Unlike work for commercial clients or for Hollywood, music offered a degree of creative freedom, which those artists are now finding from making and selling NFTs.

Several factors contribute to the rise of NFTs. The COVID-19 pandemic has forced many creative workers to seek new sources of income. Its economic impact has been unequal, but the shutdown of travel, leisure and live entertainment industries has left many with a dispensable income they can gamble with. The increased use of social media in place of real-life social interactions — especially on the audio-only Silicon Valley-centric app Clubhouse — has also fueled the hype around NFTs.

“I don’t think I would have sold my first pieces without Clubhouse,” Mohler said. “There are now these groups that get up to 4,000 people that promote other people’s work, and now there are celebrities coming in, and the celebrity attention then brings more attention to NFTs.”

There’s also the ecological cost of NFTs. Critics point to the enormous carbon footprint of buying and selling NFTs, because cryptocurrency mining requires massive data servers. The largest cryptocurrencies, Bitcoin and Ethereum, have vowed to use renewable energy and carbon offsets and slash their emissions.

New platforms and blockchains are also emerging that minimize energy consumption and use a “proof of stake” blockchain system, which requires less computational effort to develop new blocks than the original “proof of work” consensus algorithm.

The environmental issue has kept many digital artists from engaging in the NFT marketplace. Matthias Dörfelt, a 2014 masters of fine arts graduate in design media arts, has created algorithmically driven pieces that use blockchain technology, but has not released them as NFTs.

“I think climate change is the most pressing issue for our generation,” Dörfelt said. “It’s unacceptable to use these platforms because of their insane CO2 footprint.”

Refik Anadol, a world-renowned visual artist who creates mesmerizing AI-driven digital artworks using massive data sets, released five images on Nifty Gateway in November 2020. The series, “Machine Hallucinations,” shows composite images produced by analyzing more than 100,000 photographs of all the Renaissance sculptures created between 1300 and 1600. They all were listed at $1,000 each. One of them is currently selling for more than $500,000.

Anadol, who received his M.F.A. in design media arts at UCLA in 2014 and is now a visiting assistant researcher, says there are significant efforts being made to clean up the blockchain’s energy consumption.

“The community is rising at the moment. It’s just a subculture. It’s cyber punk. It’s a new movement. And like in any culture, it has options,” Anadol said. “People can look for which platform is less harmful for nature.” 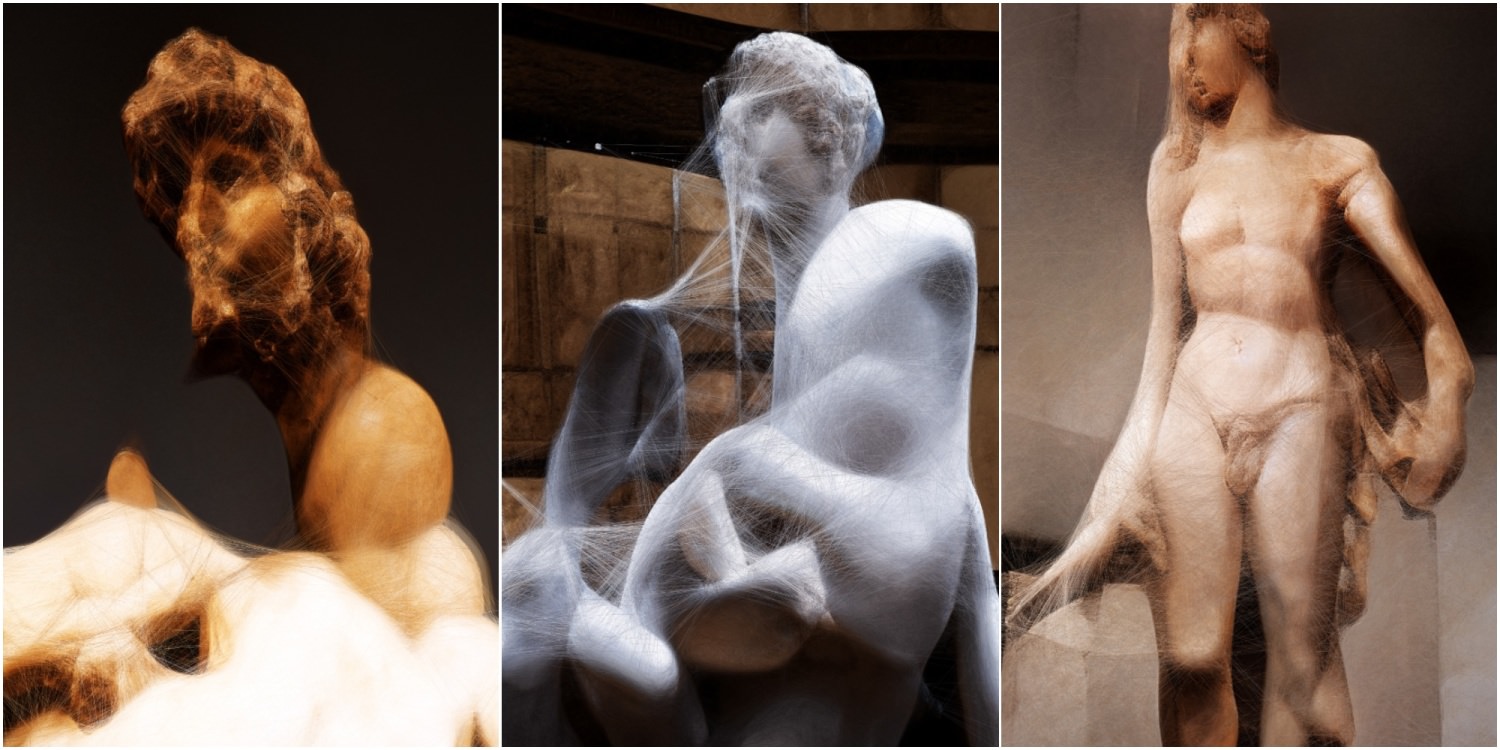 Those environmental concerns led Anadol to donate the proceeds from an NFT sale to the Open Earth Foundation, based at Yale University, as part of an art auction called “The Carbon Drop.” His piece, “Machine Hallucinations: Nature Dreams - Last Memory,” sold on Nifty Gateway for more than $300,000.

Digital artists who sell NFTs often buy and trade each other’s work, creating an online community, and in some cases, reuniting artists who are now selling work that was created before there was a digital art marketplace.

“A lot of the work that’s been resurfacing is work that was circulating on Tumblr five to 10 years ago,” said Adam Ferriss, who received a master of fine arts degree in design media arts from UCLA in 2016. Ferriss has sold three NFTs, part of a series of generative videos called “Psycho Lichen.”

“It’s really been nice to connect with that community again and meet all these people that were making all this work for the love of it.”

NFTs have also caught the attention of early adopters of computer-based digital art, such as Rebecca Allen, a research professor and the founding chair of the department of design media arts in the UCLA School of the Arts and Architecture. She was invited by a new NFT venture called Kanon to be part of an NFT art collection, K21, with works by 21 artists. The curators at Kanon want to serve as a model for the future of art collections and asked Allen to provide historical context to contemporary digital art by including “Swimmer (on black)” (1981), her historical work of 3D human motion.

“Forty years ago, people just didn’t know what digital art was or why it would be important, and it’s only now that people are starting to understand its history and what it meant to create it,” Allen said.

Casey Reas, a visual artist and a professor of design media arts at UCLA, co-founded the NFT marketplace Feral File, and curated a show of web-based work by international artists in March called “Social Codes” that quickly sold out. The pieces sold in editions of 75, for $75 each. They were sold for U.S. dollars rather than cryptocurrency, and the platform runs on the Bitmark blockchain, which has a tiny carbon footprint — about one-millionth of the amount of the Bitcoin proof-of-work blockchain.

Reas applauds the use of blockchain for giving digital artists more control over their work, but worries that financial opportunities are not distributed equally.

“A lot of friends of mine are making substantial money off of NFTs,” he said, while he also sees artists making little to no money. “I think a lot of the problems of the art market are amplified through the NFT space. And that was one thing that I was hoping NFTs would fix.”

So are NFTs a bubble? It’s difficult to speculate on such a nascent economic sector. The fine art world has seen rising auction sales for decades, and the stock market has seen record gains as well. Many predict that once the dust settles, newcomers who are rushing in and grabbing money with celebrity partnerships and endorsements will leave, and serious artists and collectors will remain.

“My intuition about NFTs is that it had a boom, it’s sort of busted a little bit, it may bust more, but I think it’s going to be around for a very long time,” he said.