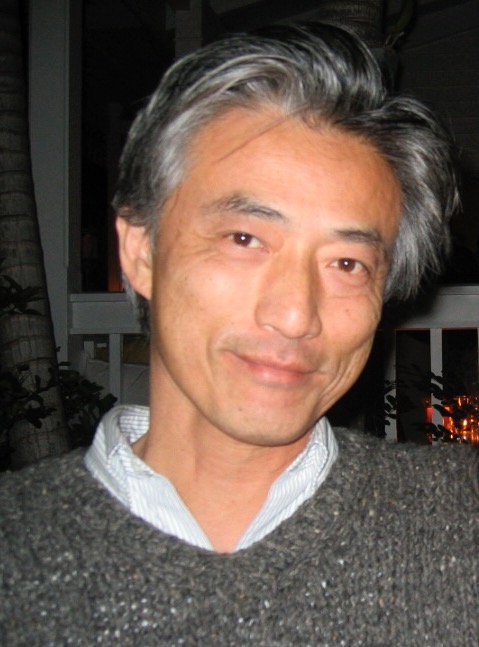 David Wong Louie, UCLA professor emeritus of creative writing and Asian American literary studies, died of throat cancer at home with family at his side on Sept. 19. He was 63.

Internationally recognized as a literary pioneer in Chinese-American writing in several genres — novel, short story and personal essay — Louie forged a powerfully eloquent voice that mapped with deep sensitivity and darkly comic wit, the trials and insights born of inhabiting and navigating the difficult and often invisible spaces between white America and Chinese America.

“It is quite rare to find a great writer, an inspiring teacher, and a wonderful human being in the same body, but David Wong Louie was the embodiment of that exceptional combination,” said Ali Behdad, the John Charles Hillis Professor of Literature and the director of the UCLA Center for Near Eastern Studies.

Louie’s stature in the canon of American letters was acknowledged by the inclusion of his story “Displacement” in One Hundred Years of the Best American Short Stories. In his final published essay, “Eat, Memory,” which ran in Harper’s and was selected for The Best American Essays 2018, Louie wrote about his experience of not being able to eat for six years following surgery for throat cancer. For a writer who had placed food, Chinese and otherwise, front and center in his stories, he conveyed with the deepest humanity, the loss of tasting food and sharing the pleasure and critical appreciation of meals.

He received his bachelor’s degree from Vassar College and his M.F.A. from the University of Iowa. Louie was weaned on the Vassar tradition that creative writing and literature go hand in hand, that writers must also be readers. He mentored hundreds of students of diverse ethnicities and genders, including some who themselves became noted writers.

Born Dec. 20, 1954 in Rockville Center, New York, Louie grew up behind his family's Chinese laundry in East Meadow, New York. He and his siblings were virtually the only Asian-Americans in a high school of 3,000 students. He took great pride in his immigrant, working class origins, but he also used that experience in “The Barbarians Are Coming” to explode the threadbare stereotypes of Chinese Americans.

“To say that David Wong Louie is unique is to state the pure truth,” said the Los Angeles Times. “He has broken the silence of Chinese men in America.”

The L.A. Times’ review captured the focus and reach of Louie’s writing.

“It must be said right off that Louie is the furthest thing from a genre ethnic writer. He is elegant, funny, a touch spooky, and has as fine a hair-trigger control of alienation and absurdity as any of the best of his generation. The odd plight of his young Chinese Americans is an illuminating special symptom in a wider malaise.”

“The Barbarians Are Coming” won the Association for Asian American Studies Prose Award in 2002. The New York Times review called attention to the novel’s deft treatment of the “rift between the second-generation protagonist and the society he seeks to belong to. More deeply, it is about the about the rift within himself, one that imparts to the narrator’s words and perceptions the skittering instability of mercury spilled out of a broken thermometer.”

A forthcoming expanded edition of “Pangs of Love” will include “Eat, Memory” and the short story “Cold Hearted,” as well as a new introduction by Pulitzer Prize-winning author Viet Thanh Nguyen and an afterword by colleague and friend King-Kok Cheung, professor of English at UCLA. It will be published by University of Washington Press in 2019. In her afterword, Cheung captured the essence of Louie's gift.

“Illness had deprived Louie of his identity as an eater and isolated him from the day-to-day eating majority. But outrageous fortune had not taken away what verily was his one enduring talent — writing, his singular gift with words,” Cheung writes.

With gratitude, Louie’s colleagues remember his brilliance as a teacher and his extraordinary generosity, not to mention his abiding sense of humor, disarming wit, and, in recent years, inspiring resilience. He is survived by his wife Jackie, son Jules, daughter Sogna, sister, Marge, and brothers George and Richard.