Intertwined almost like cat’s cradle, the red yarn extends to the ceiling from the giant blue spiral plinth it rests on. Broken abalone shells, stone bowls, rocks and other objects rest on the sky blue surface of the plinth in constellation-like arrangements. Rust-colored cinnamon dusts the outer edges of the display.

This striking installation has been greeting visitors to the Fowler Museum at UCLA who have come to take in “The Map and the Territory: 100 Years of Collecting at UCLA.” The final (and delayed by the pandemic) of four initiatives celebrating UCLA’s centennial, “The Map and the Territory” is a collaborative exhibition organized in partnership with the Hammer Museum and the UCLA Library that features works gathered from 13 different campus collections, which are home to more than 21 million objects.

In putting it together, curators and custodians of UCLA’s diverse collections worked together to identify common themes for the exhibitions, which represents various geographic regions, eras and modes of reckoning with human experiences.

With that unifying principle it makes sense that UCLA alumna and contemporary artist Mercedes Dorame’s piece, “Our Land and Sky Waking Up — ‘Eyoo’ooxon koy Tokuupar Chorii’aa,” is among the exhibition’s highlights. The shells, bowls and rocks used in her piece are parts of an archaeological site in Southern California.

“That area is so important because it was a meeting place and a trading spot, and it was rich in resources. It’s an estuary space, so there’s freshwater and saltwater, and all the things that that support life. It has a personal history for me, it has a family connection,” said Dorame, a member of the Gabrielino-Tongva tribe, who is known for works that map the history of the original inhabitants of Tovaangar — what is now called Los Angeles County — and that reaffirms Tongva presence today.

► Watch a discussion with Mercedes Dorame about the ongoing dialogues between tribal communities and museums.

“Even just the title of the ‘Map and the Territory’ has so much overlap and overlay of time and experience, and sometimes the parts that get left out of those timelines, or maps, is the original people,” said Dorame, whose work as an artist and as a teacher is driven by her activism for Indigenous people, more specifically her efforts to establish her own tribe’s continued presence in Southern California today and their connection to the land. 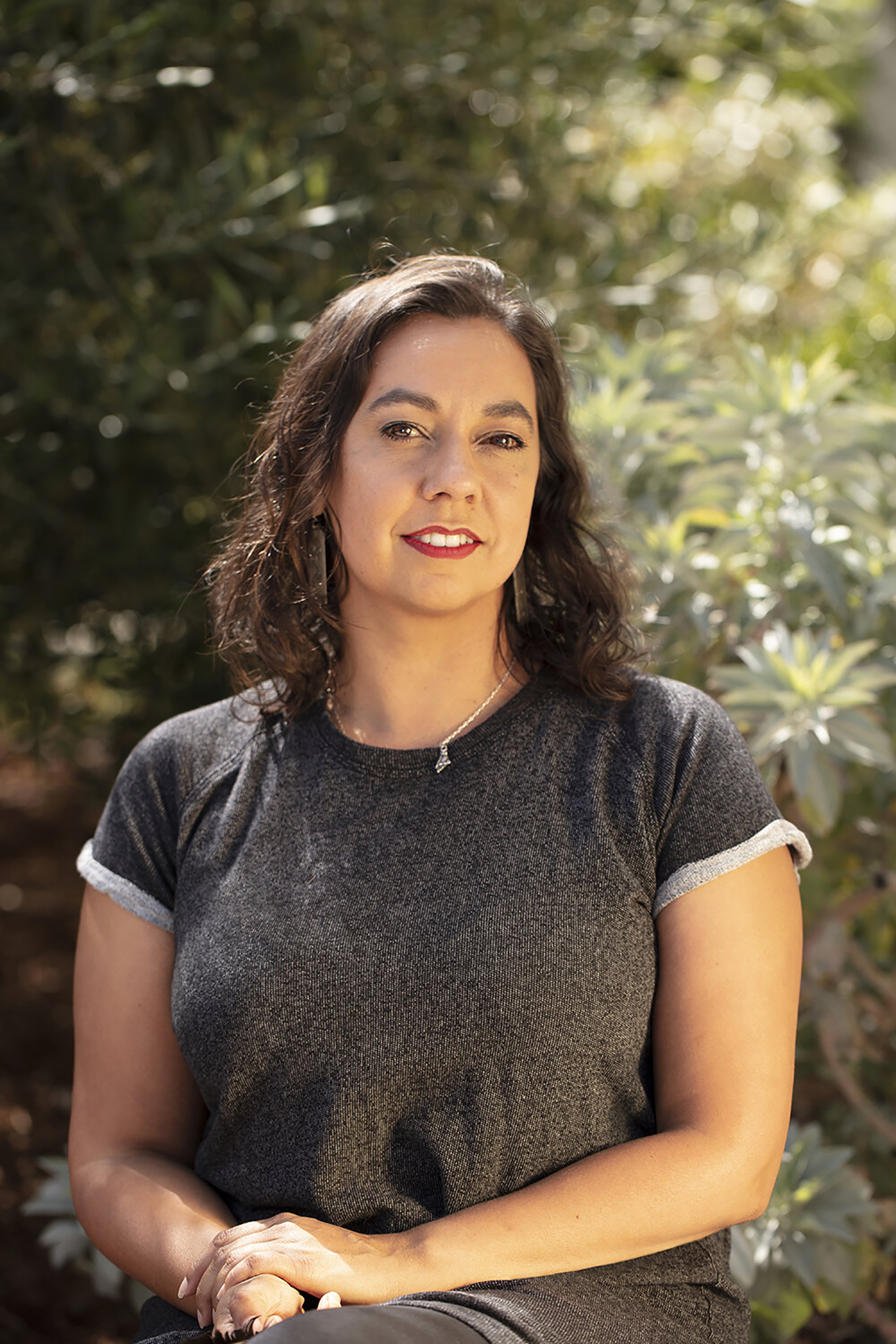 For Dorame, exhibiting this work at the Fowler Museum meant challenging what’s traditionally referred to as an “artifact.” The artist says that she’s interested in the gray area of what institutional archives think of as “valuable” (usually what has a human imprint, if made of stone that would be called a “worked lithic”), and what objects remain at a site that has been excavated. While carved bowls and other worked lithics abound in her piece, so do stones and broken abalone shells.

“I’m trying to get at some of the gray area of these codes that we sometimes try to put, like ‘this is important and that’s not,’ or ‘this is valuable and that’s not,’ so it kind of plays all in that space,” she said.

While Dorame didn’t have much connection to the Fowler specifically as a UCLA undergraduate, it was during those years that she began to find her inspiration and voice as an artist.

While at UCLA, Dorame began working alongside her father as a cultural resource monitor at ancestral sites in the region. In this role, she oversaw and protected cultural resources during various ground-disturbing activities. She said that her UCLA coursework enhanced her appreciation of the value of this work.

“It was kind of beautiful to one be doing the culture work on site, where it’s very hands on — literal touching of things,” she said, “and then to be in the library also researching through historical accounts.”

The heaviness of history influenced her work. Dorame said when she attended San Francisco Art Institute for graduate school she was questioned about the melancholy nature of her photography. She realized one of the functions of her work was to help her feel less powerless while carrying the responsibility of working with ancestral remains. It also helped her feel more connected to Tongva land that she had limited access to due to (among many factors) society’s tendency to discount the Tongva presence today.

“It’s how I think about indigenous presence, not that it’s fleeting, but that I want to create this inescapable, undeniable imprint and bring that forward into the future,” she said.

To bring connection into focus, Dorame’s artwork often includes photography and objects from Tongva ancestral sites arranged in a way that “activates” them and brings the Tongva people into the present tense.

“There’s this legacy connected to it,” said Dorame, who placed a photograph of a natural spring next to “Our Land and Sky Waking Up — ‘Eyoo’ooxon koy Tokuupar Chorii’aa,” to demonstrate her people’s connection to the land through water.

Dorame said she knew she wanted to work with these archival objects as soon as the Fowler approached her for this project. She already had respect for the museum because of Wendy Teeter, senior curator of archaeology at the Fowler Museum, who has initiated many dialogues between tribal communities and museums.

“She is a trusted ally,” said Dorame, who notes that Teeter has done much of the work centering Indigenous peoples at the Fowler Museum and beyond.

Dorame returns to UCLA this fall, this time as a faculty member teaching an advanced photography course titled “Exploring issues of visibility through an Indigenous lens.”

Remembering a time in graduate school when she didn’t feel connected to other Native artists and artisans, Dorame hopes to introduce students to a diverse set of artists and bring in voices that have not been a part of the traditional canon. She’s also looking forward to exploring the concept of “between space,” which is what the pandemic has felt like for so many.

The alumna, who was also featured in the “UCLA: Our Stories, Our Impact” centennial initiative, said the whole experience of being an instructor has been surreal, especially having a seat at the table with people she has long admired.

“I always have this moment where I’m like, ‘Oh, my goodness, I can’t believe I’m in a meeting with these people whose work I show in my classes,’” she said.