The ask was bold and befitting a Bruin like professor and artist Judith Baca: depict the history, present and future of UCLA and the land where it resides, in a mural.

In a special evening ceremony on Friday, April 1, several hundred people gathered to celebrate the culmination of nearly three years of work, as Baca unveiled “La Memoria de la Tierra: UCLA.” The nearly 80-foot mural is on the north side of Ackerman Union as part of the Wescom Student Terrace.

The mural, which translates into English as “The Memory of Earth: UCLA,” is made up of three 26-foot-long glass panels. The left panel portrays Westwood — long before UCLA — with a shimmering light-blue outline of Royce Hall where it sits today. In the center, a circle of dozens of people including faculty, alumni, civil rights and social justice leaders whom Baca called her heroes and said represent the diverse and lesser-known history of campus and the land.

The middle panel is built around a trinity of women: Toypurina, a Tongva woman who opposed the colonial rule by Spanish missionaries in California in the late 1700s; Angela Davis, civil rights activist and former UCLA faculty member, who was fired by the University of California Board of Regents for her association with communism; and Dolores Huerta, the iconic labor leader who worked with César Chávez on behalf of farmworkers. 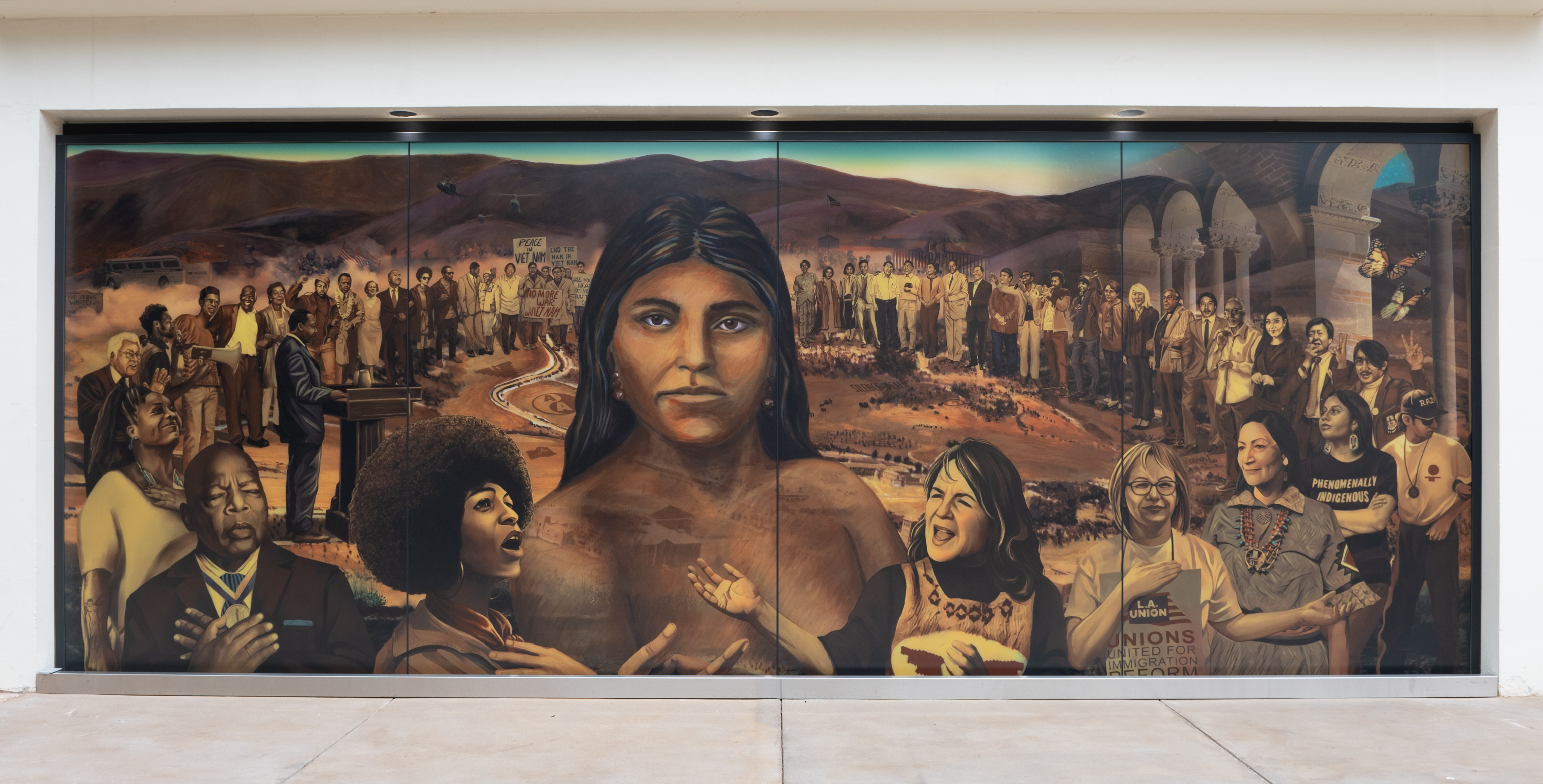 “We hope in the future that students will be able to sit here [in this courtyard] and be able to find out who these people are and what did they do,” said Baca, who retired last year, after years as a professor of Chicana and Chicano and Central American studies and a professor of world arts and cultures.

To situate the people in their proper historical context, the mural captures scenes from events such as the Black Lives Matter student demonstrations in 2020, protests against the Vietnam War in 1976 and also a depiction of the Manzanar War Relocation Center.

The future of the campus is on the right, with rhizomes (long, narrow channel-like roots) filled with the faces of other significant people — many of them faculty — who are doing the work to bring UCLA into the future and ensuring that UCLA remains in harmony with the land.

Baca told the audience that the third panel was designed “to take the knowledge that comes from the university and [spread] it widely.” 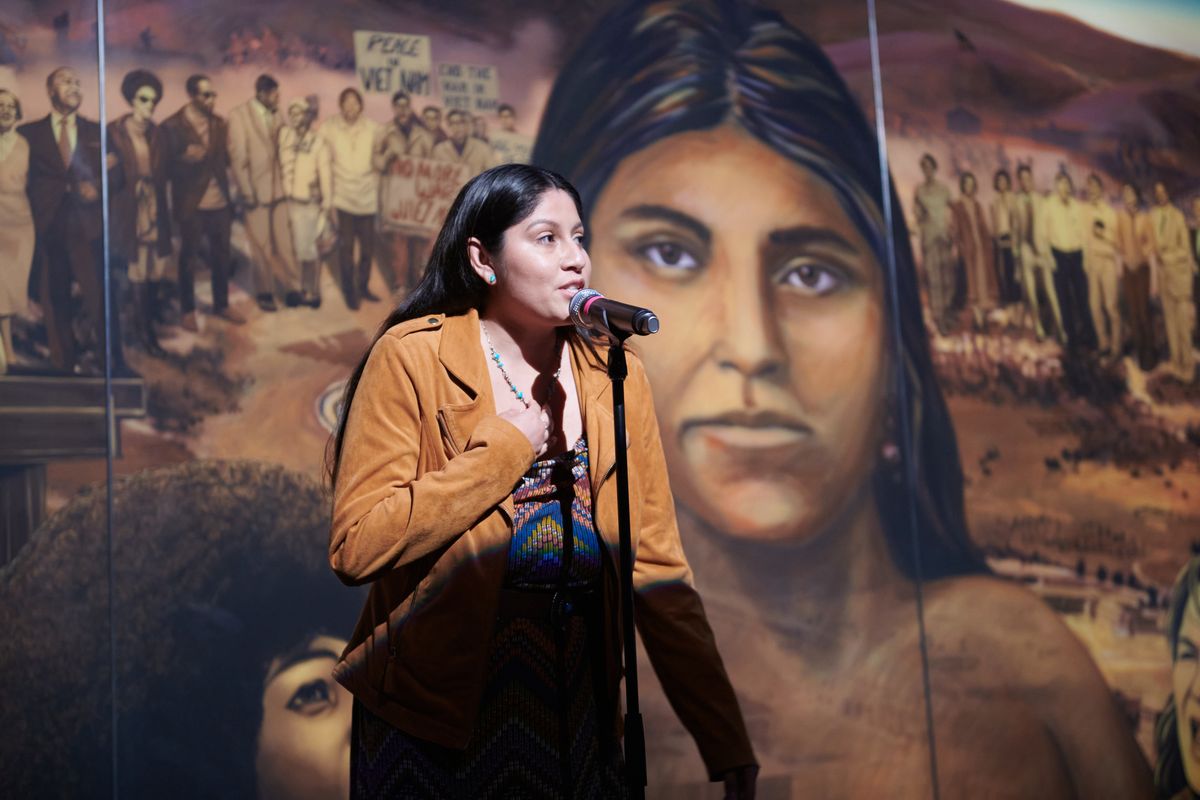 Don Liebig/ASUCLA
Desirae Barragan, who is a registered member of the Gabrieleño Band of Mission Indians, Kizh Nation, at the unveiling of the mural “La Memoria de la Tierra: UCLA.” Barragan is a descendent of the person depicted in the center, Toypurina, a Tongva/Kizh woman who helped lead an uprising against Spanish missionaries.

The mural is the result of a partnership among the UCLA Centennial Committee; Associated Students UCLA, or ASUCLA, a nonprofit association that drives student services and activities throughout campus; and the Digital Mural Lab from the Social and Public Art Resource Center, or SPARC. It was in 1976 that Baca and two other artists founded SPARC, a Venice-based arts center that creates, preserves and hosts programs about community-based public artwork. The mural was created with financial support from Wescom Credit Union.