Mention “the Great Wall,” and thoughts may turn to China’s ancient fortifications. But California has its own same-named landmark — The Great Wall of Los Angeles — a monumental, half-mile mural depicting the multicultural history of the state from prehistoric times to the 1950s. The brainchild of artist, activist and UCLA professor emerita Judy Baca, the masterpiece is indeed “great” in every way imaginable — size, scope, ambition, creativity and impact.

Baca, whose more than four-decade career is the subject of a retrospective at the Museum of Latin American Art in Long Beach, began work on the wall in the mid-1970s, following a request from the U.S. Army Corps of Engineers that she create a mural in a flood control channel in the San Fernando Valley. Baca led a team of 80 youth referred by the criminal justice department, 10 artists and five historians. They started by painting 1,000 feet of California history, from the days of the dinosaurs to 1910. 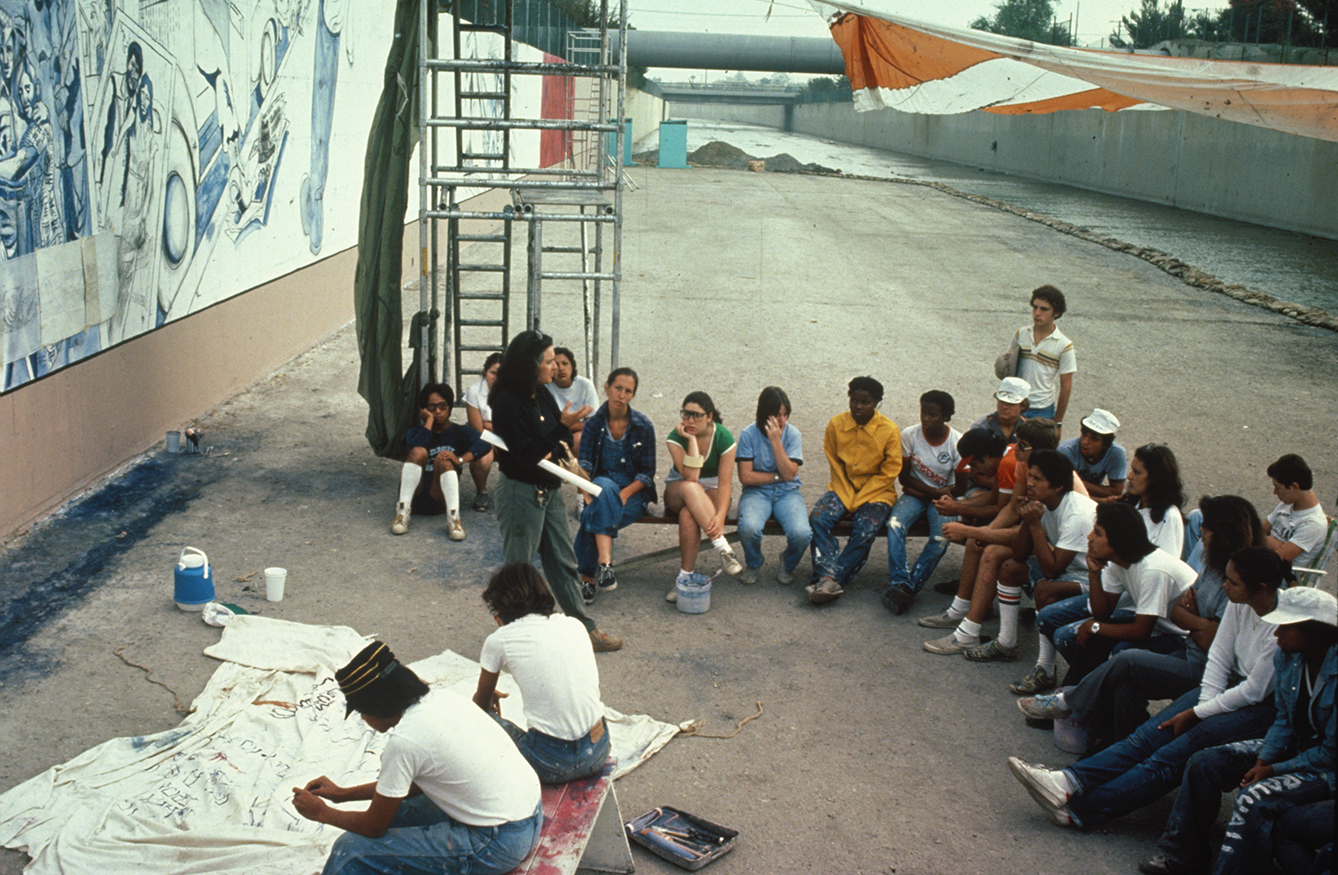 Mural makers meeting. Work in progress at The Great Wall of Los Angeles, painted in the summer of 1981. Image courtesy of the SPARC Archives/SPARCinLA.org

But Baca, founder and artistic director of the Social and Public Art Resource Center (SPARC) in Venice, wasn’t content to stop at 1910, and active work continued into the 1980s. Now, the project has been energized anew with a $5 million-grant from The Andrew W. Mellon Foundation, which will make possible the extension of The Great Wall of Los Angeles to one mile and the continuation of the historical narrative from the 1960s through 2020. The Lucas Museum of Narrative Art has acquired Baca’s archive documenting the creation of the epic mural.

"Of greatest interest to me is the invention of systems of ‘voice giving’ for those left without public venues in which to speak,” Baca says. Inspired by the Mexican social mural movement, her epic narratives about marginalized communities fortify people’s connections to their diverse heritages not just as viewers, but also as collaborators. Through SPARC, she has spearheaded more than 400 murals in the Los Angeles area, in the process employing thousands of local participants, pioneering the art of contestation and place-making and leaving a magnificent legacy in plain sight.