These students, all participants in the Vice Provost Initiative for Pre-College Scholars (VIPS) program, can be found having lively discussions in UCLA classrooms, studying and staying in Sproul Hall, navigating the Westwood campus with ease. When they return to their homes Friday, they can look forward to returning to school to use the skills they’ve gained during their five weeks on campus. And they are also eager to apply to college.

“The goal of the program is to increase the number of underserved students within schools in the inner-city and urban areas that are competitively eligible for places like UCLA and other selective universities,” said Jonli Tunstall, the program’s director. “It’s a great pipeline. They’re plugged in right away and treated as college students. They’re taking college classes, getting units, getting grades, and they have an official UCLA transcript.”

The program was founded by Emeritus Vice Provost for Undergraduate Education Judith Smith in response to the declining numbers of underrepresented students enrolled at competitive four-year colleges in the years following Proposition 209’s ban on affirmative action. It is one of many UCLA programs that promote a college-going culture by providing underserved students with academic preparation and other resources to help them succeed at the post-secondary level. 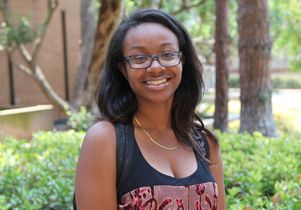 The program identifies high school sophomores who have the potential to excel academically in a post-secondary environment and then helps nurture their scholastic growth through mentorship, workshops and enrichment programs. The program is offered in partnership with school districts in Los Angeles and Pasadena to serve students at 10 schools that have historically had some of the lowest numbers of students applying to college. Students who complete the program become eligible for a $20,000 VIPS Wasserman scholarship.

A program like VIPS is important because it embodies UCLA’s institutional commitment to diversity and access to education, said Tunstall, adding that high school students don’t always realize their potential or know how to navigate the college process.

Tunstall said that many local schools lack basic resources like computers, Advanced Placement courses, books, counselors and properly credentialed teachers. Without the proper tools, these students might simply slip through the cracks, unaware of their potential and their educational options.

Over the past eight years, more than 250 students have been part of the core program, which includes weekly mentoring, a Saturday Academy that’s held three times a year, a two-week residential summer program for students entering 11th grade and a five-week program for incoming 12th graders.

In addition, another 160 students receive mentoring and have had access to the Saturday Academy since it began.

To date, 97 percent of all core participants have not only completed high school at the top of their class, but have gone on to graduate from college. More than half of these students have enrolled at UCLA while others have gone on to other flagship universities, said Tunstall.

Ashley Williams, who graduated from UCLA in 2012 with a B.A. in African American studies with a minor in education, is among them. In fact, she was part of the program in its inaugural year.

“It made a world of difference in my undergrad career,” said Williams. “When I got in, it was the biggest blessing because it’s what I needed. There was no one else who could guide me.”

Her parents, both born and raised in Belize, didn’t know much about the American school system. Although Williams was a good student, she had never been informed of her options after high school until she was nominated by her school to participate in VIPS.

“I knew nothing about college up until that point,” said Williams, a first-generation college student who was a VIPS mentor for three years while at UCLA and is now the VIPS summer program coordinator.

Williams said she developed a true passion for social justice and education because of VIPS and the Advanced Academic Placement Program at UCLA, the nation’s largest university-based student diversity program. She will leave Westwood next month for the University of Illinois at Chicago to pursue a master’s degree in education.

Among the more than 30 current participating seniors is Eryn Jones, whose mother is a proud Bruin alumna. Although summer is often a time to kick back, Jones said there is no better way to spend her time than at UCLA. Not only are she and her fellow classmates taking credited classes focused on education and admissions, as well as a course on media literacy with an emphasis on class, race and gender, they are also improving their study habits and time management skills while deepening their friendships with others.

“I love the relationships I have with all the kids,” said Jones, who attends Westchester High School and dreams of attending UCLA. “Everything we do, we do together. There are no cliques, no drama. It’s just a good, safe environment. The program leaders want us to feel open to express ourselves, and I feel that’s what makes us so close.” Many have become great friends outside of the program, she said. 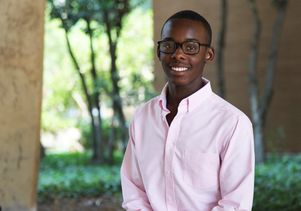 Juquari Baskin plans to apply to UCLA and Berkeley with hopes of becoming a lawyer.

One of her friends, VIP scholar Cheyenne Lawrence, already plans to apply to Berkeley, Georgetown and UCLA after she graduates from John Muir High School in Pasadena. And she’s excited about earning actual college credit.

“If I get an A here, then I start off my GPA with an A, so that’s a real benefit,” Lawrence said.

“VIPS offers things that you can never learn in high school in general,” she said, noting that she has already noticed an improvement in her writing and critical thinking skills. “It builds you as a person.”

For Juquari Baskin, VIPS represents a transformative opportunity to create a promising future for himself, something he wasn’t always so sure he’d have.

“As a foster child there really aren’t a lot of opportunities for you out there, so I really wanted to jump into every opportunity that I could get into that would help me,” said Baskin. “This was my chance to be somebody and to do something with my life.”