Remember West Nile virus? While it makes headlines every few years for causing a flurry of deaths in people, the virus has also meant significant declines in the survival of some of the most common North American songbird species, according to a new study coauthored by Ryan Harrigan of UCLA's Institute of the Environment and Sustainability (IoES).

The research, published this week in the Proceedings of the National Academy of Sciences, says the introduction of West Nile virus to North America between 1999 and 2003 reduced by up to 50 percent the survival estimates for iconic species such as the red-eyed vireo, the northern cardinal and the American goldfinch.

And for about half of the species the virus impacted, these survival declines have persisted — meaning that, for these species, tens of millions of birds have been lost. 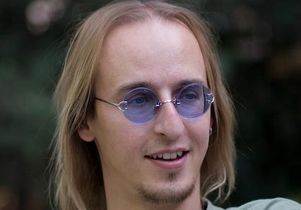 The IoES asked Harrigan, an assistant adjunct professor with the institute's Center for Tropical Research, just how he and his colleagues reached this conclusion without testing a single bird for the virus – and what their findings might mean for threatened and endangered songbirds, which have much smaller populations than the species the study looked at.

West Nile Virus — still active and pernicious, at least in wildlife populations, right?
Absolutely — and also in human populations. It's no longer the new, sexy disease — but in the United States, anyway, you're about 2,000 times more likely to die of West Nile Virus than you are of Ebola.

This study is based on an incredibly long and continental-scale dataset — 16 years of mark-and-recapture data gathered at 500 bird-banding stations across the United States. How did you pull off gathering data over that range and duration?
This is one of the advantages of working at the Institute for the Environment and Sustainability. Previous studies showing West Nile virus was contributing to bird population declines were based on citizen bird counts like the Christmas bird counts. But there are biases associated with just counting how many birds you see in an area.

Through IoES's Center for Tropical Research, we were able to link up with the Institute for Bird Populations (IBP), which has a massive dataset with a vast amount of mark-and-recapture data – hundreds of thousands of birds. That mark-and-recapture data means that birds were captured at least three times at stations run through the IBP Monitoring Avian Productivity and Survivorship (MAPS) program — originally caught at these stations and banded, and then counted for at least two years as they flew through again on their migratory pathways.

So how does that count get linked to West Nile virus? Were the birds captured and tested for infection?
No, we never tested a single bird — but we were able to do something pretty sophisticated with the data.

Because IBP collected the data every year, we were able to compare survival estimates for various populations the year before West Nile virus hit an area and then afterward. We know there are natural fluctuations in these populations – but when we looked at the counts before and after the arrival year for West Nile virus, we found massive drop-offs for so many of these species.

The big inference here is that it's due to West Nile virus.

How can you be sure?
We looked at a number of other variables, including climate fluctuations and land-use changes. We also matched up a continental risk map of West Nile virus that I'd published earlier in Global Change Biology with populations or species that happened to reside in those areas to see if they were at particular risk for the disease.

Right. So why the variation? You did a phylogenetic analysis and found that New World sparrows and their allies are more likely to be temporarily affected, while finches trended toward experiencing more persistent declines. But you didn't really put forward a conclusion in the paper.
Shhhhh! To be frank, the length of the paper and limitations of the analysis didn't allow us to dive into immunological responses. Some of that work has been done, but it's largely been laboratory-based and there haven't been consistent conclusions.

With the phylogenetic analysis, we wanted to think about some factors that we might be able to take to the field with us to identify species we might want to target for further monitoring. I think we really do kind of have to think about this on a species-by-species level, but we wanted to give folks a baseline in case they were looking at population numbers for a species that has been disproportionately affected by the disease, like vireos.

What does your study mean for threatened and endangered bird species across the continent? If West Nile virus is hitting some healthy populations this hard, one can only imagine how devastating it could be to smaller populations.
It could be really alarming for smaller populations. A 30 percent drop in the continental population of 130 million red-eyed vireos is 35 to 40 million birds. But there are plenty of endangered species whose total populations are down to tens of thousands or even just thousands. These populations just can't rebound like a larger population, especially if the hit they take from a newly introduced disease means they've lost genetic diversity.

But here's another view: These healthy populations are acting as the canary in the coal mine. This is a real strong indication that newly introduced infectious diseases, even after they've fallen out of the news, will have long-lasting impacts — and we need to understand how they affect the demography and the environment around us.

So what specifically should we be doing?
West Nile virus is here, and it's unlikely to be eradicated or severely limited in terms of its extent. What we're seeing here is an inevitable consequence of a global economy, of global transportation, of climate change.

We now have avian malaria, a tropical disease, in Alaska. People and human activity are carrying disease with them, and diseases can now survive and persist in areas where they previously couldn't. This means we should be monitoring and surveying to proactively mitigate these impacts as much as possible.

The lesson is: Don't repeat the past. We could stem a lot of these newly introduced diseases long before they've had the effects that West Nile virus had — with earlier monitoring efforts for infectious diseases and funding to support investigations or research into newly introduced diseases in naïve or new areas where birds may not be immunologically ready or competent to handle them.