"Today, our scientists are mapping the human brain to unlock the answers to Alzheimer’s; developing drugs to regenerate damaged organs; devising new material to make batteries 10 times more powerful. ... Now is the time to reach a level of research and development not seen since the height of the Space Race."
— President Barack Obama, Feb. 12, 2013 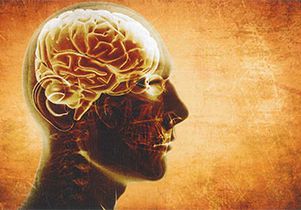 It was one phrase in one sentence midway through the State of the Union address last month. But President Barack Obama’s reference to "mapping the human brain" elicited keen attention from researchers around the nation — including a large contingent of scientists at UCLA. The president’s statement is being envisioned as a preamble to a concerted national effort to better understand the structure and function of the human brain.

Neuroscientists are already comparing the initiative’s scope and ambition to those of the U.S. race to the moon in the 1960s and the Human Genome Project in the 1990s and 2000s — and hoping that it could help them solve some of the mysteries behind depression, Alzheimer’s disease and Parkinson’s disease, among many others.

"This initiative is more comprehensive than anything I've ever seen," said Professor John Mazziotta, chair of UCLA’s department of neurology and director of the UCLA Brain Mapping Center. "Understanding the brain and how it functions would go far beyond the things we’re able to do today in medicine and neuroscience. This effort will be both the stimulus and the challenge to work and collaborate in ways we haven’t done before, but always have wanted to."

And UCLA, where Mazziotta coined the term "brain mapping" in 1993, is well-positioned to play a significant role in the effort and to capture funding that will support such an initiative. For one thing, the campus is already home to the Ahmanson Lovelace Brain Mapping Center.

For another, UCLA’s excellence in nanoscience and nanotechnology gives the campus a tremendous strategic advantage.

"The important function and activity of the brain take place at the synapses," said Paul Weiss, director of the California NanoSystems Institute headquartered at UCLA, who believes synapses are best studied using nanoscience. (A proposal coauthored by Weiss, urging the development of new tools and technologies for brain activity mapping, was published Thursday in Science.) "In addition, we have made more than 10 years of enormous investment in nanoscience, which, we believe, will provide tools that will accelerate — by decades — the advances in neuroscience."

UCLA’s neuroscience community also ranks among the largest anywhere: Mazziotta estimates that more than 500 UCLA faculty members are engaged in studying the brain from a wide variety of perspectives. Even before the national initiative was announced, efforts were already underway here to encourage more cross-disciplinary cooperation within that community, a move that would help attract philanthropy and grants to support brain research. That effort, called UCLA Neuroscience, is being chaired by professor Kelsey Martin, who also chairs UCLA’s biological chemistry department.

"This [national effort] will require an understanding of the emergent properties of the brain — how all of the pieces of the puzzle work — but from a broader perspective, so we can see how it all fits together," Martin said. "That will definitely require a large interdisciplinary effort."

For instance, Martin said, fully understanding depression isn’t just a neurological or psychological question. "It’s a major health issue, but also a major economic one," she said. "And it brings in questions about motivation. Sociology and anthropology will play roles because of how culture interfaces with our mood and with our attitudes toward the disease, its symptoms and treatment."

Other cross-disciplinary research already underway at UCLA is aimed at improving our understanding of how we form and retain memories. Reaching that goal requires expertise not only from neuroscience, but also from mathematics and physics (potential sources for the technology other researchers would use), psychology, the social sciences and even education.

"Imagine being able to specifically design educational programs for children and knowing exactly how and when to deliver new material to each child once you know how they learn," Mazziotta explained. "It's hard to think of areas of study this wouldn't touch."

Martin, Mazziotta and Weiss all maintain that the close proximity of UCLA’s medical enterprise to engineering, basic sciences, nanoscience and social sciences — an asset that few other research universities can claim — will be a major boon when it comes to encouraging faculty to work together.

Unlike the space race, with its clearly defined goal to put a man on the moon, the national brain activity–mapping effort may not be limited to a single objective or endpoint. Beyond working toward possible cures for neurological disorders and treatments for brain injury, the research it spurs could yield unexpected discoveries along the way. "That was true of NASA as well," Mazziotta said. "Things were invented and provided to society as a result of the space program long before the moon landing.

Although scientists might not know exactly where brain activity–mapping research is going to take them, they do have concrete ideas about how they’ll get there. "We’re at a loss right now because there are no testable theories of brain function of these scales," said Weiss, the CNSI chief who is also a distinguished professor of chemistry and biochemistry and of materials science and engineering, and holds the Fred Kavli Chair in Nanosystems Sciences. "What we’ll be able to do is record the activity of thousands of neurons and be able to manipulate and probe those circuits to test people’s ideas on how they work.

"The idea is to open up the brain without physically opening it up, and to understand how it works and how it fails when it doesn’t."