San Diego Comic-Con’s Hall H leaves the 6,500 attendees lucky enough to get a seat in the jam-packed room starstruck from Marvel celebrity sightings and exclusive sneak peeks at upcoming blockbusters, but in a smaller room at the city’s central library, UCLA educators get a superstar status of their own.

Connecting to Comic-Con’s often-overlooked status as a nonprofit educational corporation, UCLA faculty, staff and students have been called on each of the last 12 years as part of the education panels presented by GeekEd. Founded in 2011, GeekEd is a group of student affairs professionals who have been hosting panels about how to transform devotion to graphic novels, science fiction or favorite characters into opportunities to make work and learning more fun and inclusive.

This year’s sold-out convention drew 130,000 people from all over the world and took place in late July.

Of the four GeekEd panels this year, two touched on electronic sports, or esports, which as video games continue to surge in popularity, universities like UCLA are leaning into as a collegiate sport.

Four of this year’s UCLA panelists share their experiences in and out of the halls, and offer their perspectives on how campus has become a leader in empowering students by fostering a vibrant geek culture. 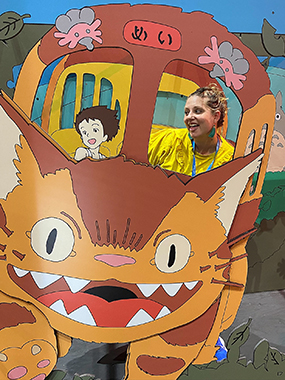 Favorite cosplay characters to play: Throwback characters from 90s shows with strong female leads. In the past, I’ve dressed up as Velma from “Scooby-Doo” and “Mary Poppins.”

Why did you want to be on this panel?

I am a naturally curious and nerdy person. I tend to dive deep into things I love, like graphic novels and baking. I recently made a concord grape and goat cheese pie and had to hand-peel three pounds of grapes. It was kind of terrible.

I am also passionate about hosting unique events that help students find community and explore new pieces of themselves. As a former co-chair of UCLA Geek Week, and having co-led a superhero-themed transfer pride week this past year, this panel was a natural fit.

What did you talk about on the panel?

We talked about bringing personal passion into our work. I feel like if you’re showing up as your whole and most curious self, that really unlocks students and other practitioners to be their full selves.

I was really happy to hear one of our student panelists, Lauren Chen, talk about the incredible support that she was receiving from UCLA esports engagement coordinator, Sunny Yen. Lauren liked how Sunny created a space where she, as woman of color, felt comfortable and supported to take on more of a leadership role. Lauren is now the Bruin Gaming club president. 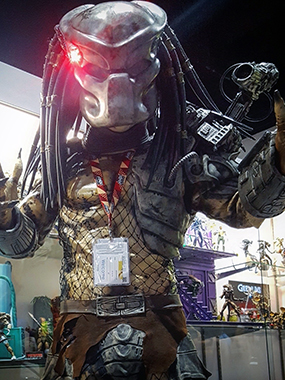 Favorite Comic-Con panels this year: Ours, of course :)

You were an early member of GeekEd. What’s the origin story?

There was a group of student affairs folks who had met through various channels and decided to submit an education panel proposal for Comic-Con 2011. It was a moonshot — really a catchall panel about supporting nerdy college students in a time that geek identity was not super understood. This was post-“you would get beat up for wearing a Batman T-shirt,” but pre-“you would put it on your online dating profile … well, I would have.”

The group started to grow and brought in faculty members to talk about the biology of superheroes, gender identity in Dungeons and Dragons and all sorts of things. A few years back, it moved from one panel to four.

How was UCLA represented in this year’s GeekEd panels?

There was a pretty big spotlight on esports, because Sunny was on a panel, Lauren was on another. Our esports program is one of our points of pride. It’s one of the most well-represented in terms of gender equity when you look at our peer esports competitors.

We also had other panelists who talked about how they leveraged nerd culture at UCLA, especially during the pandemic, to create virtual spaces with big impact. 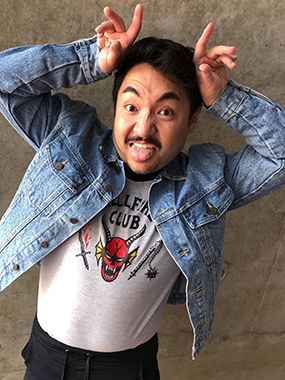 Favorite cosplay characters to play: Some of my favorites have been where I can play with gender, like a gender bent Sailor Neptune. I also like to make up my own characters, like a personalized Pokémon trainer.

How do you incorporate geek culture and fandom into your job at the UCLA Career Center?

Sometimes I connect with students by asking them who their favorite TV show or movie character is. “Hermione Granger from Harry Potter? Awesome! Why do you like her? Oh, you think she is really smart and resourceful?” And so on.

What other Comic-Con panels did you attend this year?

I find a lot of joy in going to smaller panels with other professionals or creatives in the field. One I went to this year was “creative collaboration,” which examined how folks have been able to connect passion to purpose to careers.

I loved to hear about people who were writers and now make cookbooks for the Disney parks, or UCLA’s Drea Letamendi, who was on the panel as well, talking about how she utilizes her psychology knowledge and expertise in informing studios about accurate representations of character’s psyche. 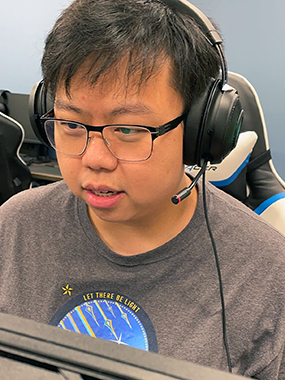 Favorite Comic-Con panels this year: “This Panel Will Give You Emotional Damage” and “Asian Representation in Comics and Media”

Can you describe how your experiences at UCLA made you a good fit for your panel?

Comic-Con was a unique space for me to share my experiences surrounding fandom, representation and safe spaces in geek culture.

One of the main things Erinn McMahan, director of UCLA Recreation, and I always talk about is the importance of providing immediate landing pads for in-coming students. It’s really hard to find a community when you’re leaving home for the first time, but that’s what we want to provide with esports. You don’t need to know someone’s name, but you can be like “Hey, you play League of Legends too?” and there can be a friendship instantly.

How do you see collegiate esports evolving and where is UCLA in all of this?

Right now, it’s very much a Wild West situation. I think there are roughly 300 esports scholarship programs in the United States, which, compared to the number of universities, is not a lot. But it’s certainly grown exponentially in the last few years. We’re just at the start of a hopefully really big thing here at UCLA.

Secrets of the ‘water bear’ could improve lifesaving drugs

UCLA political scientists on how the 2020 campaign continues to reverberate