Twenty-five years ago, an Orange County woman received the first lung transplant ever performed at UCLA Medical Center.  Today, she is still going strong and dotes on her five grandchildren.

As a result of primary pulmonary hypertension, Julie Hancock, then 26 years old, received a single lung transplant at UCLA on June 12, 1990. Since then, UCLA has performed 887 lung transplants. And UCLA has become one of the largest lung transplant centers in the world with some of the best outcomes. 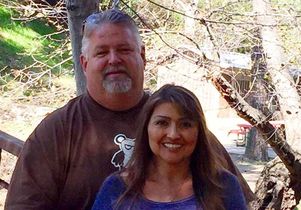 “What I remember was not being afraid at all but having complete trust in the doctors,” recalled Hancock, whose surgeon was Dr. Hillel Laks. He still operates at UCLA. “I knew the risks, but did not allow myself to think of them. I only thought positively and prayed. I just wanted my life to get ‘off hold’ and get back to some kind of normal.”

Hancock remembers that she had “a few dry runs with lungs that ended up being unacceptable even after I was getting prepped for surgery.”

The lung she eventually received served her well for more than 14 years until she needed to be re-transplanted because she developed bronchiolitis obliterans.  On Nov. 9, 2004, Hancock underwent a double lung transplant at UCLA with Dr. Abbas Ardehali. This surgery took place just 10 days before her 41st birthday.

Hancock said she feels fantastic, and the only reminder of her transplant is the medication she must take twice a day. She said she also feels a great deal of responsibility towards her donors who did not get to live out their own lives.